Well, my 15 minutes of fame has passed me by. Earlier I blogged that Ariana Grande instagrammed the replies to a tweet of mine, featuring my handle. 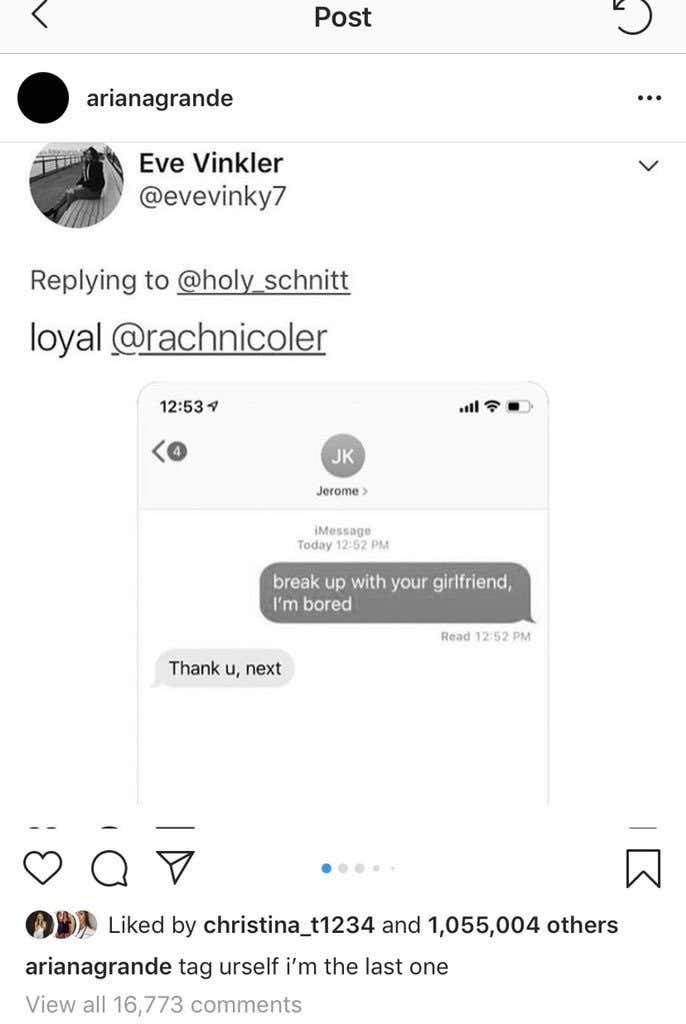 She has since deleted it. Look, I can’t say for one hundred percent certain what happened, but I do know that Ariana Grande has a short-standing beef with Barstool Sports because of a little thing called butthole eyes. Her ex-fiance, Pete Davidson, was said to have “butthole eyes” by Chaps: 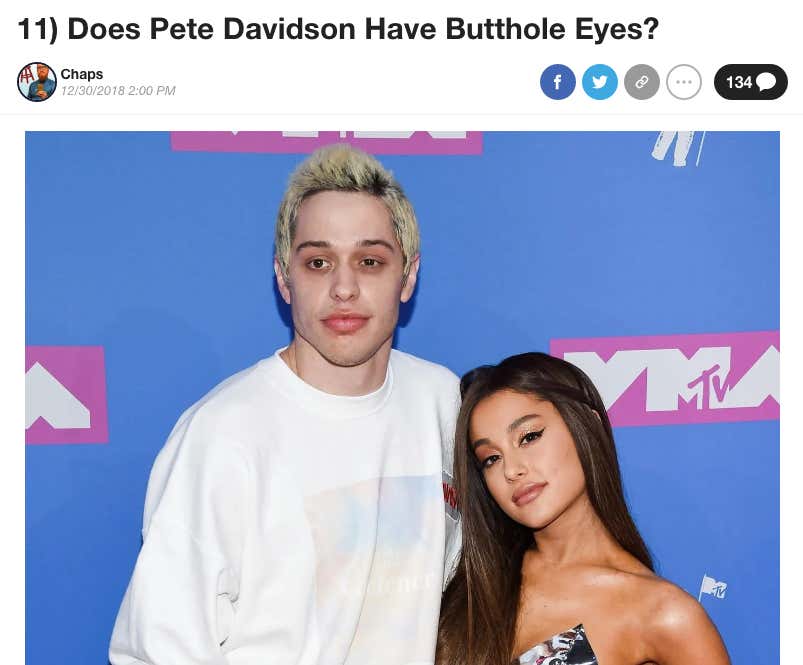 If I’m being real, yeah, he sort of does. Still think he’s hot, though. Anyways, Ariana responded, VERY upset, saying “y’all know this man has an autoimmune disease, right?”

And then an actual medical doctor had to be consulted to say that Butthole eyes were not a symptom of auto-immune disease… all in all one of the most ridiculous farces ever concocted by the minds here at Barstool.

Is it possible she realized that the tweet she was giving attention to was in fact tweeted by an employee of a company she got Mad Online at? Did Ariana Grande delete that instagram because the phrase “butthole eyes” haunts her waking nightmares? Does Ariana just not want to be my friend? Maybe we’ll never know. (But I’m pretty sure we do. Stay woke.)

Anyways, I guess I can’t stan Ariana anymore now that we’re in the first and probably final fight of our friendship. I’ll always cherish those 8 hours, Ari. I was Icarus… and I flew too close to the sun. Now if you’ll excuse me, I’m off to listen to “break up with your girlfriend, i’m bored” a hundred times while laughing at “butthole eyes”.