SUPER MARIO!!! Hezonja may not have had the career revival in New York everyone was hoping for, but I’m willing to overlook it as long as he helps the tank continue to progress while also dunking people’s souls away. You know a dunk is ridiculous when Clyde breaks out the stylin’ and profilin’, which is pretty much the highest compliment the coolest guy on the planet can give anyone. DeAndre Jordan was so in awe that he just jumped on the closest person’s back, which will no doubt result in a season ending injury simply because it’s the Knicks and I am oddly okay with it since it’s better than Enes Kanter moping on the bench with his arm crossed and a puss on his face. 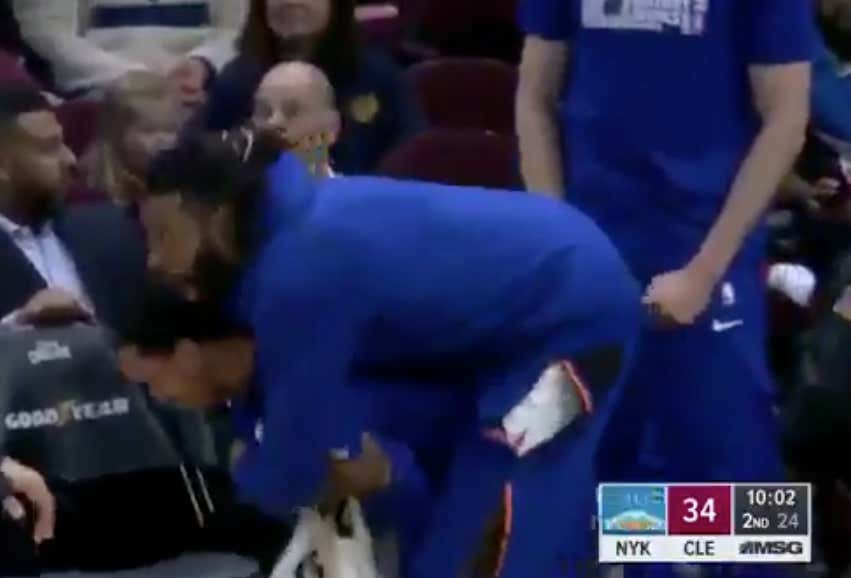 I didn’t think Hezonja could top the step over of Giannis, but here we are.

Also, I know tonight’s game between two of the NBA’s premiere tanking franchises has been called the Zion Bowl despite the number 1 pick being a 14% chance for anybody in the bottom 3. But my soul still hurts too much from seeing this graphic on reddit over the weekend to get excited about a loss tonight. 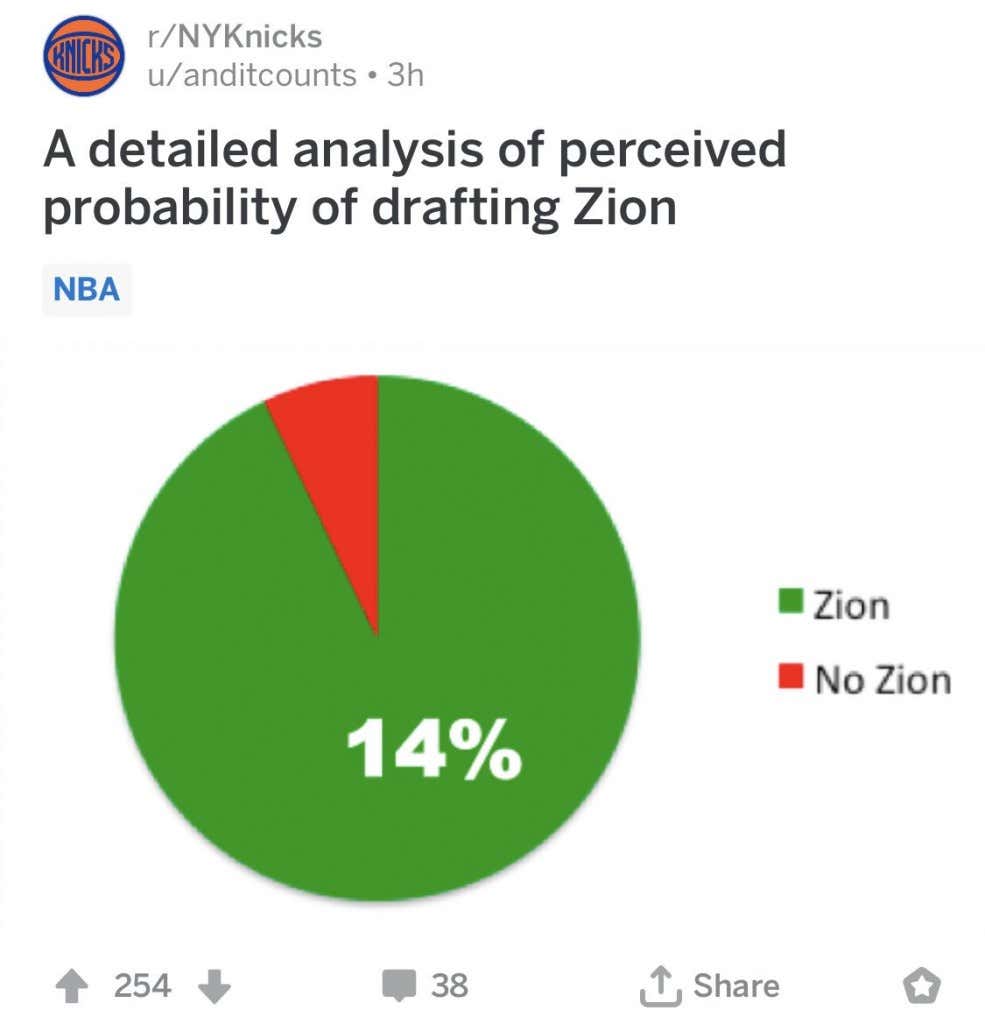