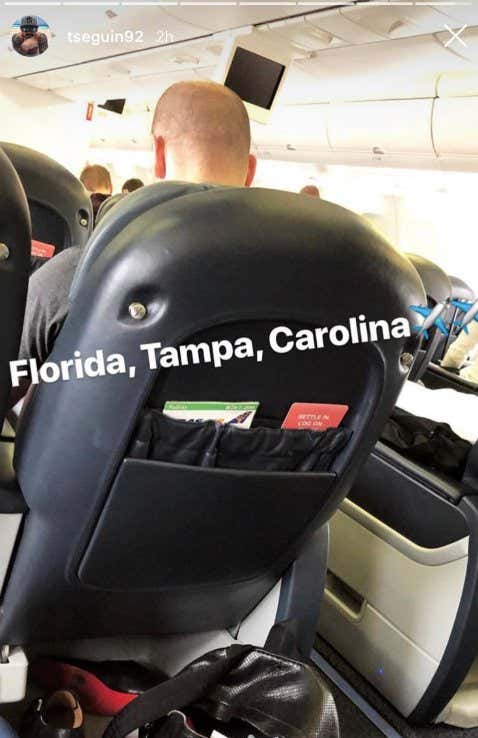 There it is. Tyler Seguin has sent out his official bat signal or what our camera guy Pasha once dubbed “a pussy flare”. We talked in depth about pussy flares on a recent episode of Spittin’ Chiclets, so if you haven’t listened, be sure to check it out. Essentially, it is when you are going on a road trip and you want to let all the girls in that city know you are arriving. So you post the next city or two you are going to be in on your story so the woman in that city know if there was ever a time to slide into the DMs, this is it.

Seguin is most infamous for them. How can you blame the dude? He’s one of the biggest man rockets in the NHL. His days of seeking woman out are over. They seek him out now. And they know when to do so when he sends out the bat singal, just as he did today on his Instagram story.

All the respect in the world to Tyler Seguin. Imagine being that cool? I’d send bat signals out when I was going to the deli. What a league.