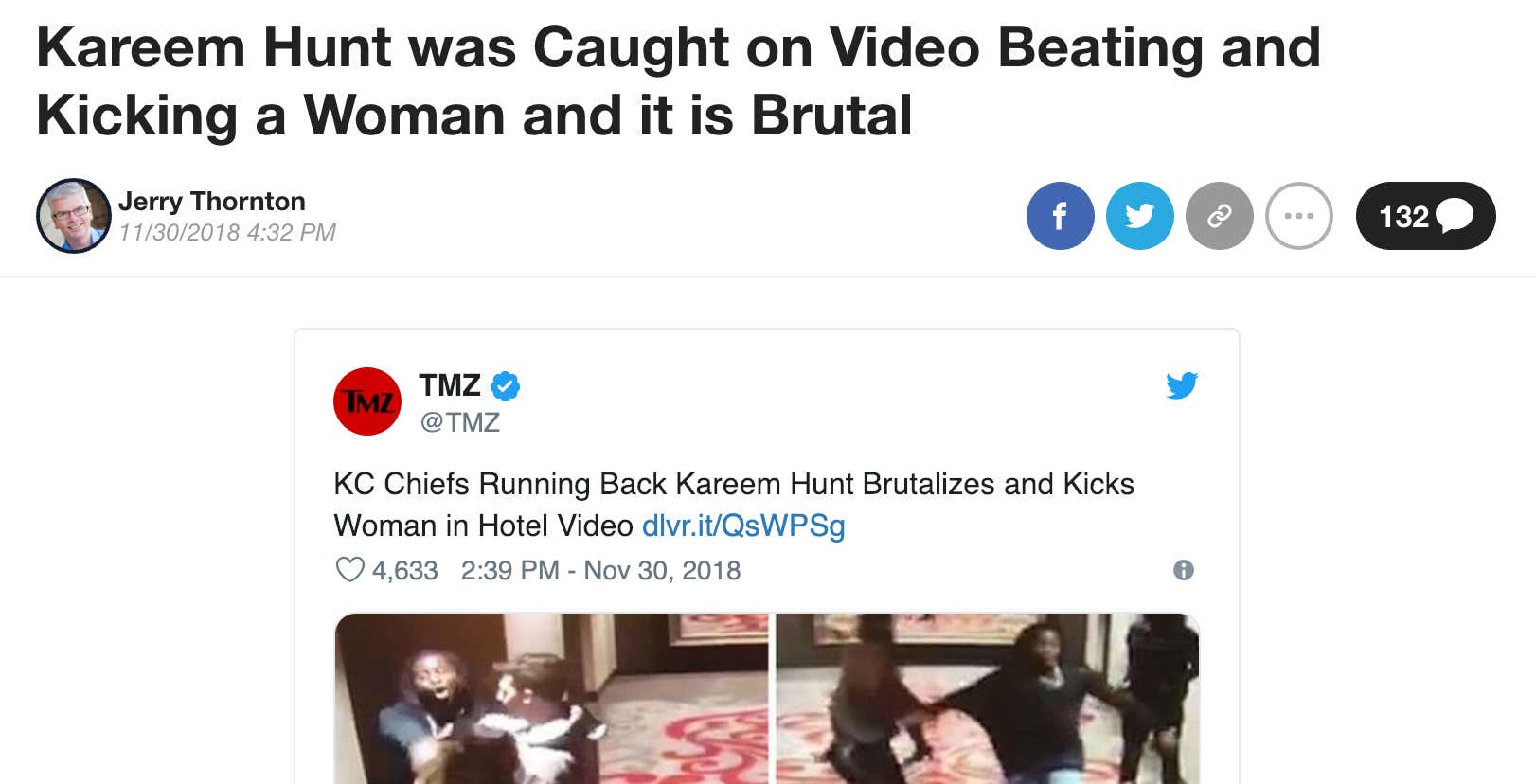 This is pretty unfortunate, albeit not surprising, from the Browns. It was only a matter of time before a team in the NFL signed Kareem Hunt following his (rightful) release from the Chiefs after video surfaced of him kicking a woman. I just had hoped it wouldn’t be the Browns, especially as the feel-good bandwagon story continues to heat up for Baker, Freddie Kitchens, and company. This shouldn’t be a surprise, but a disgusting act of violence is something I, personally, am not really into associating with… ever.

The reason this isn’t surprising is because the Browns’ GM is John Dorsey, who used to be in Kansas City, drafted Kareem Hunt in 2017 and also gave Tyreek Hill a chance following his major issues with domestic violence. Dorsey has been known to draft and take a chance on guys who have off the field issues.

I understand the statement from Dorsey in saying that Hunt took full responsibility and deserves a second chance after committing to professional treatment. But, again, I just can’t really get behind this. It’s a bad look for a franchise trying to change its public image.

On top of all of that, why do the Browns even need him!? They already have their premiere back in Nick Chubb (one of the Top 5 rookies from 2018-2019) and Duke Johnson (an electric player who still has a poor usage rate). Hunt is a crazy talented running back and this lifts a Browns offense, even more, following their run as one of the best in the NFL to close out the season.

We aren’t sure when we will even see Hunt in a Browns uniform on the field, but this deal is done.

So much for the positively changing perception! At least before, when they were 1-31, it was just funny. Now, it’s just disappointing.