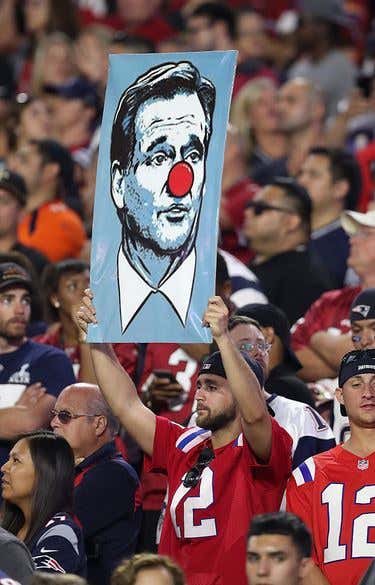 Source - The NFL is leaning toward having the Bears host the Packers for next season’s opening kickoff game on Thursday, Sept. 5, according to multiple sources. The move would mark the first time since 2006 that the Super Bowl champion will not appear in the league’s opening game. The newly crowned Patriots likely will host the season’s first “Sunday Night Football” game instead, on Sept. 8.

The NFL is leaning toward having Chicago host the season’s first game as part of its 100th season celebration, allowing it to showcase the league’s oldest rivalry. …

The Ravens are the only other Super Bowl champion since 2006 that did not host the league’s opening game the following season. In 2013, the NFL had Baltimore open the season in Denver because of a scheduling conflict with the neighboring Orioles, who also were playing that night.

I have to give Roger Goodell credit for one thing. He might be a sniveling, cowardly, thin-skinned tyrant and have been sent here from the Demon Dimension to ruin all human joy, but he is slick. To steal an old Archie Bunker line, he’s the kind of guy who could follow you into a revolving door and come out ahead of you.

That lie about wanting to feature the Packers and Bears because it’s the league’s 100th anniversary year is almost the perfect cover for him. It has just enough plausibility to sound like the truth. When we know what the true truth actually is. That he can’t stand the though of another nationally televised Banner Night game that looks like this: 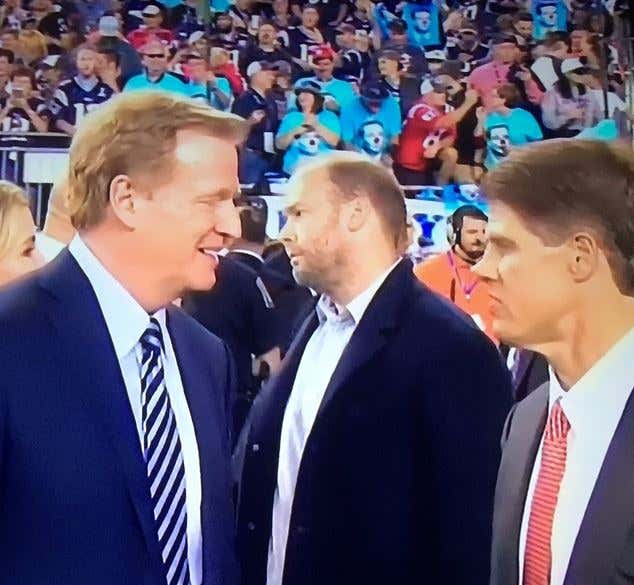 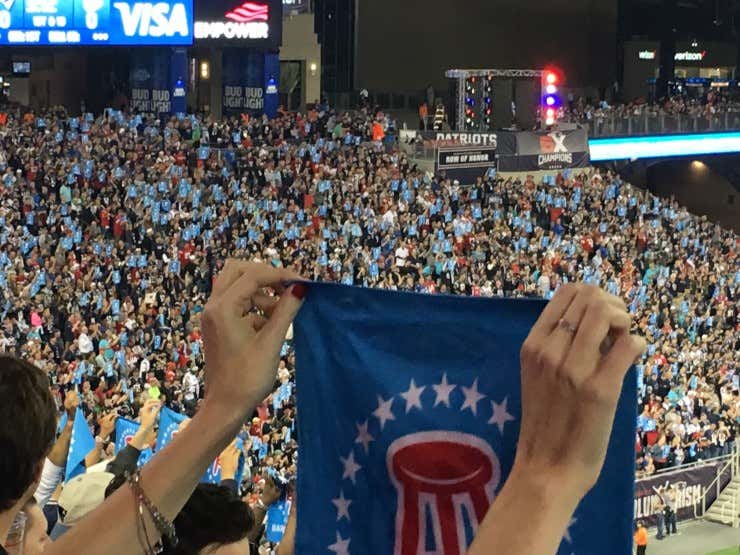 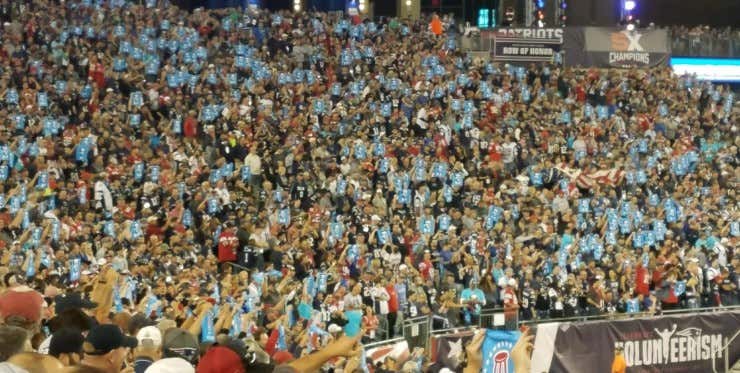 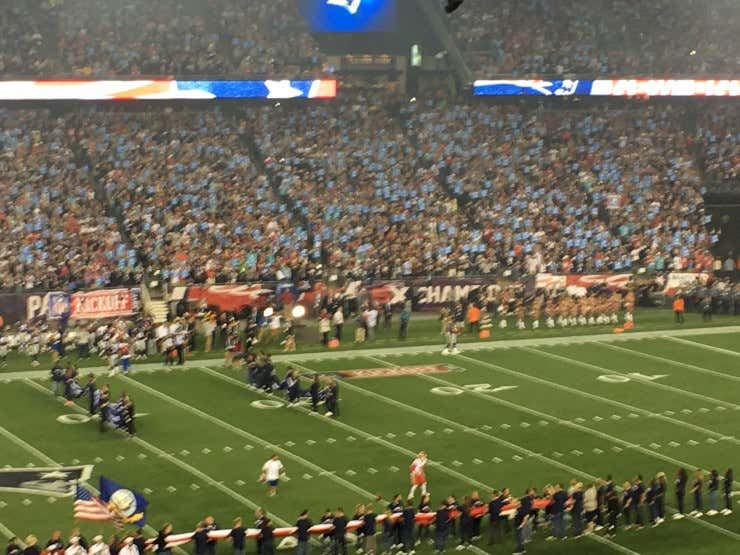 He can skip going to Gillette all he wants. He can always make an excuse as to why he goes to the NFL championship game instead of the AFC ones held in Foxboro. He was clever enough to show up to Arrowhead three weeks ago so next year when it’s at Gillette he can say he went to the AFC title game last year. What he can’t weasel out of is the Kickoff Game.

Which, if he gave the Patriots the Banner Game they’ve earned and richly deserve would mean that loathesome, sausage-fingered android would be confronted with his greatest fear: Barstool. Another sea of turquoise. Clown faces and the logo of his worst nightmare waved by the one population he has been unable to conquer, despite all his power. A Kickoff Game in front of Patriots fans would mean he’d have to confront his own failure as a human being. It would mean staring into the abyss of his own despicable nature and the reprehensible things he’s done.

And he can’t stand to have his little protective bubble pierced like that. He’d rather destroy a tradition and an honor that’s been granted to every other team (that doesn’t have an Orioles game to contend with). That’s what a real man would do. Someone with honor and integrity. Which clearly does not apply to him. And it’s all the more reason the Patriots need to win the next Super Bowl as well, so we can see what phony-baloney excuse he’ll come up with for switching that game too. Chickenshit.