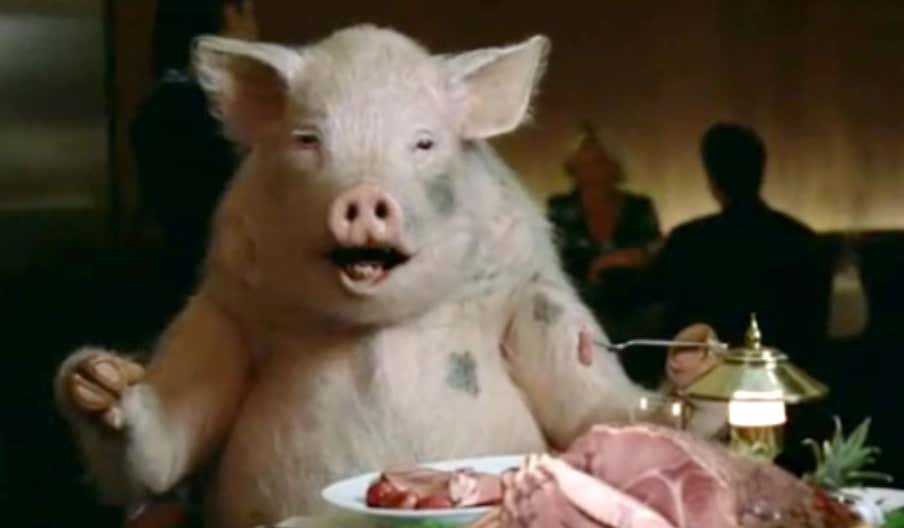 Newsweek - A woman in Russia is believed to have died after she being eaten alive by her own pigs.

The 56-year-old farmer suffered fatal injuries after collapsing during an epileptic fit while feeding her pigs.

Russian state media reported the hungry pigs bit into her face, ears and shoulders as she lay on the floor. Her identity has not been made public.

The woman died of loss of blood at the farm, located in the Malopurginsky area of Udmurtia, part of Russia’s Volga Federal District in the west of the country.

Score one for the piggies! I’m not here cheering on the animals over the humans on a day to day basis, but when animals get one on the scoreboard I always have to tip my cap to them. We eat so many pigs, so when they get their chance at revenge, I can’t fault them. This woman had a seizure and fell right in their pen, what were they supposed to do? I bet they’d seen so many of their friends and family get taken to the slaughter house. They probably wake up to the smell of fresh bacon every morning, knowing their cousin Ernie is frying up real nice and crisp. So when they had their chance to turn the tables, they took it and I absolutely cannot blame them whatsoever.

Look, it’s a dog eat dog world out there and we’re at the top of the food chain, so when the pigs can overcome adversity and get a bite of the good stuff, more power to them. Like, nobody gets to eat humans. Nobody. Not even humans! Our meat is as rare as it gets in the animal kingdom. Sometimes a shark gets a nibble or two. Sometimes a bear will get a good bite of someone in Yellowstone. But those are the big wigs in the animal kingdom. It’s not often a small fry like a pig rises up and go rogue on us. If it came to a war of the species I’m team human for life, but if a Russian woman takes a tumble in the pig pen and the pigs take advantage, I can’t knock their hustle.