BBC- A remote Russian region has declared a state of emergency over the appearance of dozens of polar bears in its human settlements, local officials say. Authorities in the Novaya Zemlya islands, home to a few thousand people, said there were cases of bears attacking people and entering residential and public buildings. Polar bears are affected by climate change and are increasingly forced on to land to look for food.

Hunting the bears is banned, and the federal environment agency has refused to issue licences to shoot them. The bears had lost their fear of police patrols and signals used to warn them off, meaning that more drastic measures were needed, officials said.

Local administration head Vigansha Musin said more than five bears were on the territory of the local military garrison, where air and air defence forces are based. “I’ve been on Novaya Zemlya since 1983,” he said in an official press release. “There’s never been such a mass invasion of polar bears.”

His deputy said normal life was being disrupted by the threat. “People are scared, afraid to leave their homes, their daily routines are being broken, and parents are unwilling to let their children go to school or kindergarten,” the deputy head of the local administration, Alexander Minayev, said. With Arctic sea ice diminishing as a result of climate change, polar bears are forced to change their hunting habits and spend more time on land looking for food – which potentially puts them in conflict with humans.

Cuncel da Novaya Zemlya islands! I admittedly never had plans to visit any Arctic regions of Russia or any other region that is covered in snow more times than not. But this report sealed the deal. I literally yelled OH FUCK NO despite being alone in my house as that video continued to show just how many polar bears were nosing through those crates, with the last one looking directly into my eyes. I imagine living in a small Russian town is hard enough. But when you place dozens of hungry polar bears inside the city limits, life goes to whatever is three steps above All Madden, which is why this town should declare whatever is bigger than a state of emergency.

We hear about climate change creating violent storms and leading to rising sea levels that could place major cities underwater, which has been met with skepticism and plenty of political debate like literally every other issue on the planet. I mean we have people still clutching to the belief that the world is flat. However, once starving polar bears migrating to your town because they are looking for ANYTHING to eat, you probably are will support whatever movement is necessary to get those killing machines outta dodge so you can leave your house without fear of being eaten alive by an animal created to kill. The bears in that video are not the cute Coca Cola motherfuckers sharing a Coke and a smile. They are goddamn monsters that can become maneaters if they get hungry enough. If Al Gore is serious about getting everyone on board the climate change train, he will start smuggling polar bears into every city in the world opposed to climate change and say they will go back to the Arctic once Earth cools down a few degrees. The only people that could present a problem with this plan are sick fucks like YP who actually enjoy hanging around killer animals.

Also while we are here, I feel like it is time to get my Dwight Schrute on again and repost my Bear Power Rankings 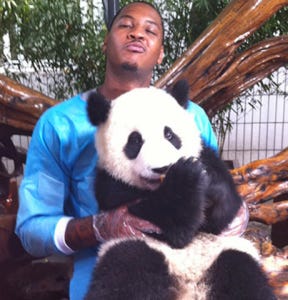 Clearly the best bear on the planet. Cute as hell, I love the way they eat bamboo and the whole endangered thing gives them a much more special feel. I went to the San Diego Zoo a couple of years ago and decided to not wait on the two hour line to see the panda bears. I have literally thought about and regretted that decision every day since. 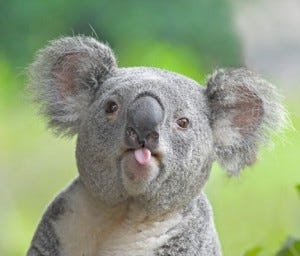 Basically Peak Travis Kelce to the panda bear’s Peak Rob Gronkowski. Awesome and a clear number 2 pick, but nowhere near as good as the number 1 option at its best. And I don’t give a damn that koala bears are technically marsupials. It’s Koala Bear, not Koala Marsupial and that is a scientific fact! Would a marsupial growl like this?

(If you answered “Yes, you are a Marsupial Hardo and I hate you) 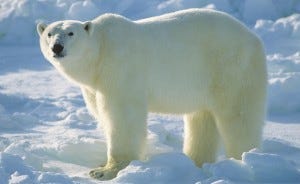 Murdering machine that can survive in the coldest places on Earth = Street cred out the ass. And while polar bears cannot compete with pandas and koalas on the cuteness scale, baby polar bears can compete with any animal on the planet when it comes to being adorable. 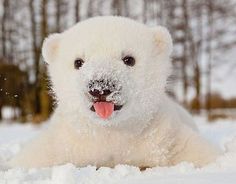 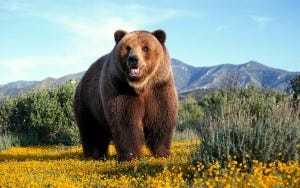 Bad ass mamma jamma that is probably the first thing you think of when you hear the word “bear”. Admittedly moved into Tier Three thanks to The Great Outdoors bear. 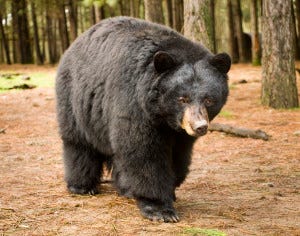 Dime a dozen in the Northeast. Well, not really. But always seem to be the type of bear that is found in someone’s backyard in Jersey or Westchester. Honestly probably wouldn’t have made the list if they weren’t named “American”.