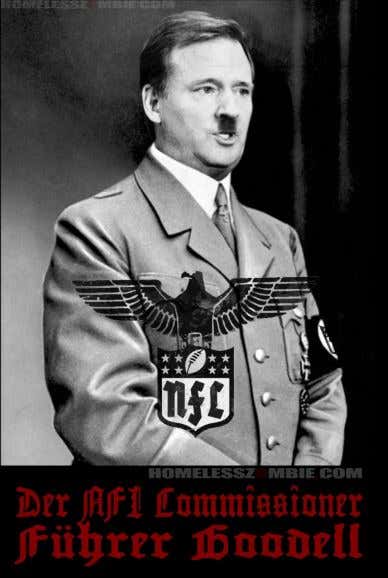 ESPN – “I think the words were, ‘You’ve crossed the line,'” says Costas, who says he no longer has the text.”My thought was, ‘What line have I crossed?'”Later, Costas says he pointed out that he had been saying these things about football for years — often on NBC. That didn’t matter; it seemed this was one time too many. Costas was told he was off the Super Bowl LII broadcast. Costas insists that rather than being upset or feeling punished, he felt relief. Still, he says he and NBC recognized that pulling him off the Super Bowl would raise questions. Costas had a proposal: He should interview Roger Goodell.

“I was looking out not only for myself, because I’d like to do the interview, but I was also looking out for NBC because that would have taken them off the public relations hook and eliminated all the confusion about them supposedly kicking me to the curb or throwing me under the bus.” Costas says Lazarus and Flood told him they would check with the NFL. The answer came back quickly: Goodell wouldn’t do it. Costas says he had asked to interview Goodell before Super Bowl XLIX but been rebuffed then, too. This was not the norm across all sports. Costas says he had regularly interviewed league commissioners during their championships.

In the end, Costas says he regretted ever taking part in the story; not because he regretted his comments about football, but because of the strain it created around his relationships with NBC colleagues. “The upside is not equal to the fear I have.” “The networks, all of them, dance to the NFL’s tune. It’s just kind of the way it goes. Everyone walks on eggshells around the NFL.”

So this story broke earlier today. Bob Costas going public for the first time saying that he was removed from the 2015 Superbowl by NBC and effectively banned from covering football ever again because he talked about the dangers of concussions. That Roger Goodell essentially blackballed him for life. That he now lives in fear of retribution. It’s a story that reads straight out of Nazi Germany. I dictator mad with power trying to control the media. And just like in Germany if you speak out against the Furher you are murdered. (metaphorically speaking of course) It may not be real suicide, but it’s career suicide. Unfortunately, none of this is surprising to me. Roger Goodell is exactly who I thought he was. He is one of the most brutal dictators the world has ever seen.  This story also reinforces why I need to still fight the good fight against the NFL. Why I won’t give up.  Why I can’t give up. Because if I’m not going to keep Roger in check than who will?  I don’t fight for me.  I fight for you.  I fight for justice.  I fight for America.