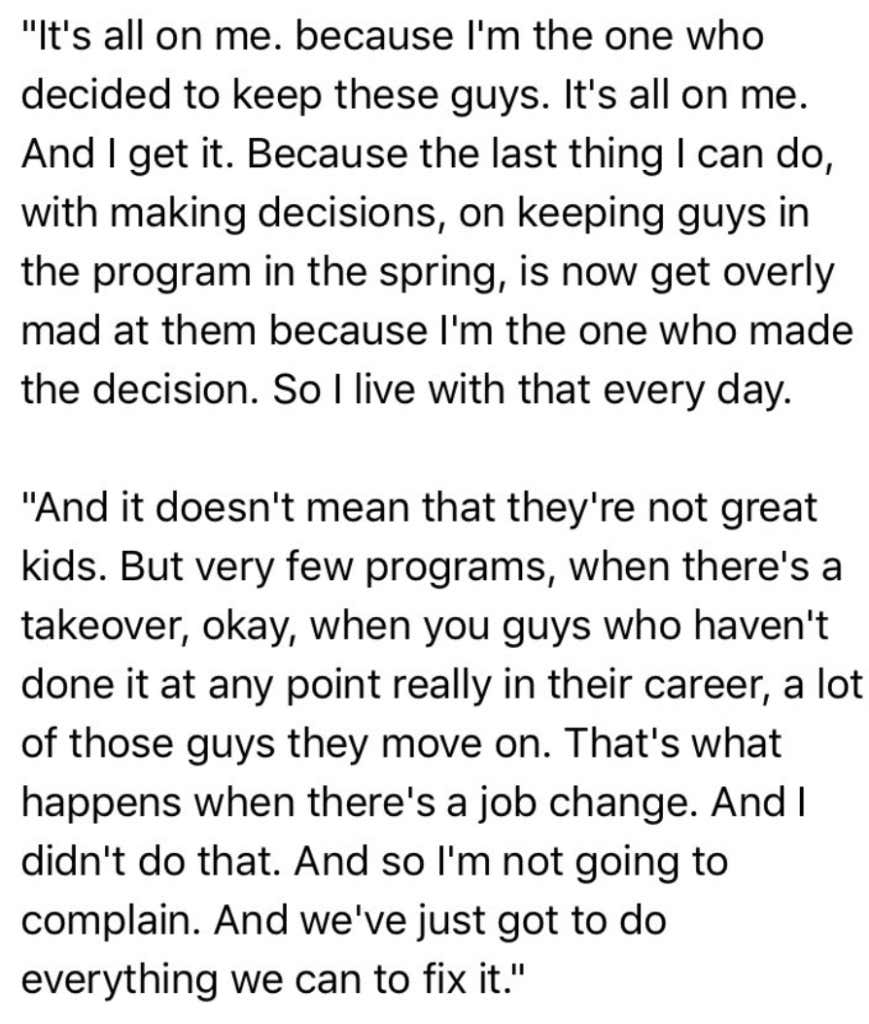 Well, this is a comment for sure. Listen, he’s not wrong in the sense that when a coaching change happens you typically see transfers and guys who don’t fit the new scheme leaving. It’s not a surprise. You are there because you wanted to play for Mark Fox/his system more than anything else. Sometimes it’s because you love Georgia, but the majority pick because of a coaching staff, scheme or something along those lines.

But, uh, we’re in February. Might be a little too late for a fire up speech like this. Maybe it’s just Crean letting people know that there will be transfers this offseason. What is weird is Georgia is the favorite to land five-star guard Anthony Edwards. Usually don’t hear a comment like this so close to someone’s commitment.

Obviously there’s some frustration here. Georgia has lost four in a row and eight out of nine. Credit to Crean though for taking the blame. 100% on him as he said. Just happened to be because he kept all of his players.

I do think Crean will get Georgia right. I know he’s easy to make fun of because of his faces and everything but he is a decent coach too. He turned Indiana around and I think he’ll get Georgia to a decent level in a couple of years. Just gotta get the right players apparently.