Awesome. Just awesome. The Celtics go out and blow consecutive 20+ point leads to inferior LA teams and now Marcus Morris is saying the team is fractured. That it’s 14 individuals. Zero cohesion. Nobody likes anybody. The sky is falling. Our pets’ heads are falling off.

Mind you, this is after a 9-1 stretch where the Celtics were looking like the team promised during the offseason. Since Marcus Smart was inserted to the starting lineup on November 26, the Celtics have the best net rating in basketball.

On the season, even including their mediocre start, they have the second best net rating in the East and third overall in the League. So, imagine how good this team would be if they didn’t fucking hate each other’s guts? I would have thought the trade deadline passing would have calmed everyone down. That they’d appreciate Ainge riding with this roster even though they know change is likely on the horizon come July.

Which I think is the problem. This team feels finite, with a hard out coming by season’s end. The Anthony Davis rumors. The Kyrie rumors. There is no fun surrounding the conversation of this team. Outside of Timelord I can’t think of any storylines this year that have led to anything close to resembling last season or the Isaiah teams. And this team, in theory, would beat the brakes off any of those squads.

I don’t have the answer for a true change but in my mind this team needs a fight. Not a locker room brawl but against an opponent. If only the schedule were kind enough to produce a rival, I don’t know, say Tuesday night. 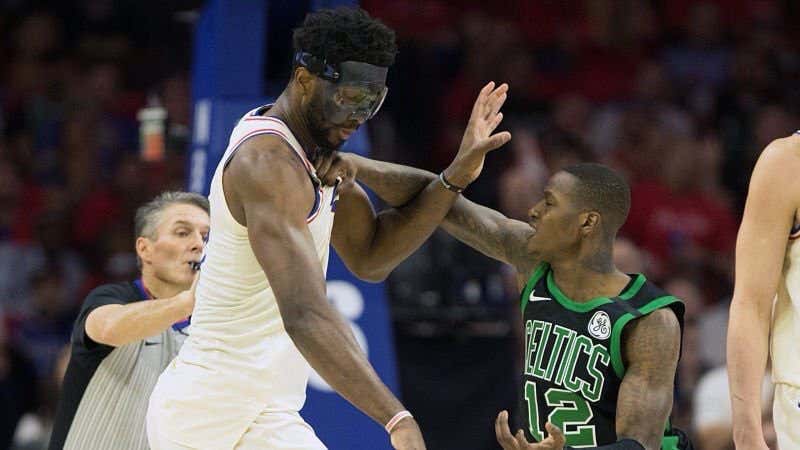 And also sign Markief. Bring both Morris Twins off the bench and let’s embrace the toughness of years past. Cause this team is too talented to let trade rumors fragment them this much.