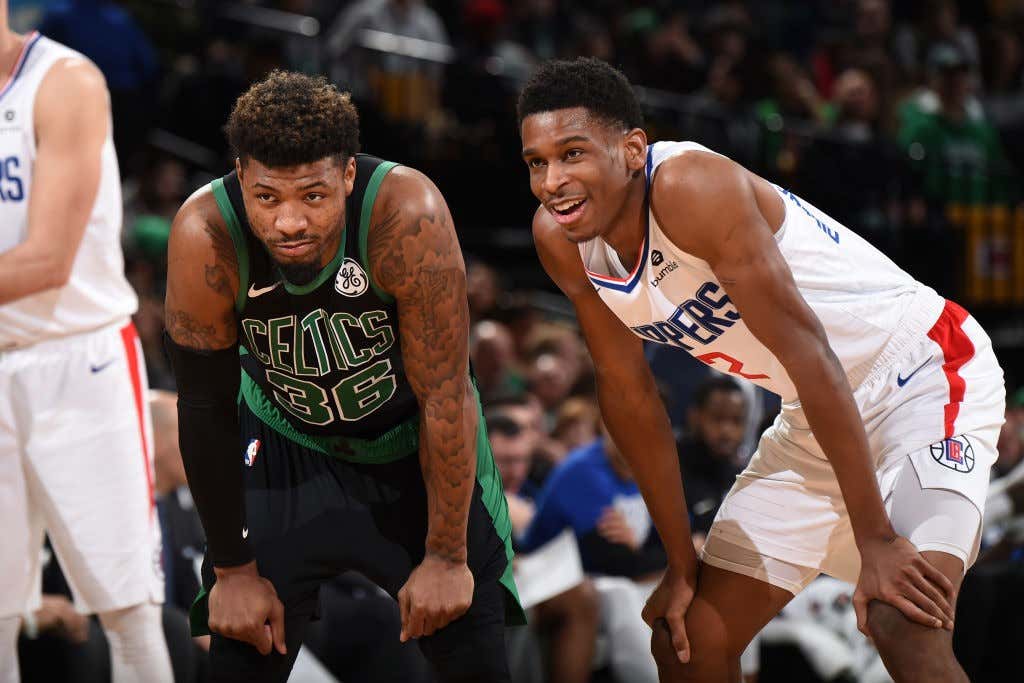 How have the last few days been? Well on Thursday night against the Lakers the Celtics blew an 18 point lead and lost on a buzzer beater to former Celtics legend Rajon Rondo. That sure stung. The only way to make us forget all about that horrific loss was to go up by 28 points in your next game against former Celtics coach Doc Rivers, only to then blow that 28 point lead and lose. I don’t even know how to explain what we just saw. Worst loss of the season and I feel like I’m saying that a lot lately. You blow a 28 point lead at home especially coming off the Lakers loss? Have some goddamn self respect. I don’t care that Kyrie got hurt, that doesn’t mean every other Celtic can immediately forget how to play the game of basketball.

Where was the defense? After holding the Clippers to 20 points in the first quarter they never held them under 28 the rest of the way. There is no excuse got giving up a 42 point fourth quarter. Also doesn’t help that they scored 38 points in the second half including just 12 fucking points in the third quarter. I don’t even understand how this is possible. Absolutely every single player and coach on this team should be embarrassed. Don’t think Brad gets a pass either. You need to be able to hold onto 28 point leads Brad, that’s day 1 stuff. Why is it that once again this team came out flat in a third quarter? Just a horrendous display of basketball for everyone involved. The ball movement stopped, guys tried to go iso, and you combine that with an ability to show any resemblance of defensive effort and that’s how things like this happen.

A loss like this is so pathetic you almost have to laugh. What a world where not even a 28 point lead is safe. It’s cool though, I didn’t feel like sleeping anyways.