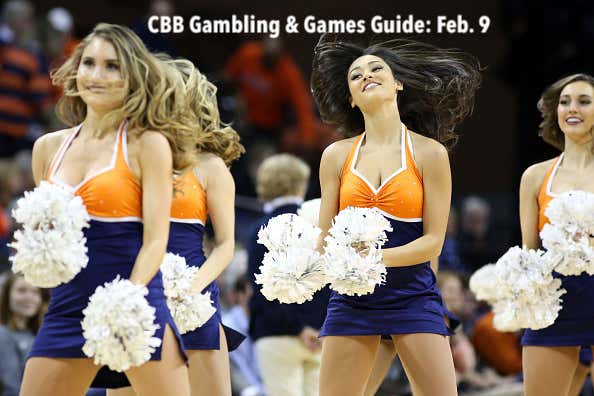 Welcome to the college basketball gambling and watching primer. We’re going to mimic similar to what JackMac did for college football as the focus on the weekends have shifted to college basketball. I’ll be giving out my picks, previewing games and letting you know what you should be watching on these 12 hours of Saturday basketball.

Kentucky at Mississippi State – 1pm (Kentucky -3/143.5)
I feel like we need to know Brad Calipari’s outfit before we decide this game. I mean he’s absolutely stunted on the haters the last two Saturday’s which led to two wins. No surprise there.

We saw these two teams play a few weeks ago and Kentucky won that game fairly comfortably. That said, Mississippi State wants to ugly the game up. They want to challenge guys at the rim and dare you to shoot the ball. PJ Washington, who has turned into an All-American, was big in that game and will be one to watch in this game. He’s been able to use his mismatch at the 4 spot and step out while also attacking from a midpost game. I think you see Mississippi State put more of a daring effort for someone like Hagans to shoot the ball against them and really sag.

Meanwhile, Kentucky’s defense which was terrible to start the year has turned into a top-10 defense. They still give up some looks from three, but they have a high block rate, they force turnovers, they challenge shots and they don’t give up offensive rebounds. Oh, they also don’t foul. Expect Hagans to really bother Nick Weatherspoon. Expect Keldon Johnson to make Quinndary Weatherspoon work for his points. Expect to see a ton of rotations with the bigs giving different looks.
Reags Homer Pick of the Week (2-1): Under 143.5

Villanova at Marquette – 2:30pm (Marquette -1.5/144)
The battle for the Big East top two teams and I’m scared for how much I like Marquette. Ultimately it comes down to a few things which we’ll go more in depth on. 1) Nova feels due for a loss. Undefeated in conference play, coming from behind and pulling some wins out. 2)Nova doesn’t really have someone that can defend Markus Howard. 3) Marquette does a good job defending the three.

Let’s start with the Markus Howard factor. Nova will likely start with Phil Booth on him. Maybe Collin Gillespie though Gillespie will likely have to defend Anim. A guy like Booth doesn’t bother Howard. You need someone bigger and longer (that’s why Justin Simon does so well on him). Nova will switch everything so expect to see a lot of those high ball screens/double ball drag screens to let Howard free up top. Nova is also just a middle of the road team in defending the three. Marquette loves to shoot the three.

On the other side of the ball, Nova is going back to sort of living and dying by the three. They are 2nd in the country in 3PA/FGA and shooting 36% as a team. Marquette is 55th in 3PA/FGA and letting teams shoot just 32% against them. All things considered this is a favorable matchup for Marquette at home.
Jump Around Guy’s Favorite Pick: Marquette -1.5

Duke at Virginia – 6pm (Virginia -2.5/136)
Alright, these are probably the two best teams in the country for me. Unfortunately for the second time we may be without a starting guard. Duke won in Cameron with Tre Jones. Now, Virginia may be without Ty Jerome or with Ty Jerome who is not at 100%. He missed last week’s game vs Miami. The question will be will we have this though

Here’s what we’re going to see though. Duke has been switching defensively since the return of Jones. That means we’re going to see Virginia run a ton of consistent ball screens to get a shooter open or look to ISO De’Andre Hunter in the midpost on a switch.

Both teams have a mismatch. Whether it’s Hunter on a switch or Guy trying to guar RJ Barrett, there’s somewhere for each team to attack. Now, Virginia’s packline will force you into jumpers and Duke is a subpar 3-point shooting team, so that’s the concern here. But, Reddish is starting to find a groove. Plus, I still think Duke will be able to attack with a mismatch.
Tank for Zion pick: Over 136

Minnesota at Michigan State (Michigan State -13.5/143.5)
Michigan State returns home desperate for a win. The biggest thing in this 3-game slide has been the play of Nick Ward. He has struggled, scoring just about 10 per game but not looking like he did early in the season. That’s the thing to watch in this game. He has to be the 2nd option behind Cassius Winston. This isn’t necessarily the easiest game to do that against. Minnesota has arguably the best rebounder in the country in Jordan Murphy. They have bigs in Murphy, Oturu, Coffey, Stockman and Curry that they can throw on Ward to give a different look.

Ultimately it’s going to come down to Minnesota being able to slow down Ward, limit Winston and keep the guards inconsistent. I think they can ugly it up enough and slow it down enough to limit possessions, especially offensive rebounds.

I gotta go to the bathroom pick: Minnesota +13.5

Wisconsin at Michigan (Michigan -5.5/120.5)
A rematch for Michigan. The first loss of the season came at Wisconsin and it was a bit of a weird game for Michigan. They were due for a loss, Wisconsin needed a win. Iggy scored 0 points and he’s a guy who typically goes and gets 14. Michigan turned the ball over 16 times and they are 4th in the country at taking care of the ball while Wisconsin hardly ever forces turnovers. It led to Ethan Happ dominating the game and Wisconsin getting the win.

We’re going to see the opposite here. Wisconsin is on a roll, feel like they are due for a loss. Michigan needs a win to stay in the hunt for a No. 1 seed. I think you see Zavier Simpson really bother Brad Davison + Michigan’s wings show up this game.
Point guards sky hook pick: Michigan -5.5