(source)–“Pretty sure no one appreciated unsolicited phone numbers in the ‘good old days’ and they sure as heck don’t want the number of someone who has been gawking at them on a plane for hours today,” it reads.

Both companies have issued mea culpas.

The napkins “missed the mark,” says Delta, while Coke said it “sincerely” apologized for any offense. Still, as 11Alive notes, not everybody disliked them. It rounds up tweets of support, including one from one traveler requesting that Delta ship her a box of the napkins so she can “use them everywhere.”

This is absolutely disgusting. Just absolutely reckless by Coke and Delta. There is NOBODY interesting to talk to on a plane…ever. 98% of flights are filled with people exactly like you. Just a bunch of mid-level schlubs traveling to some city that sounds cool like Nashville, but in reality you’re staying 48 hours(Tues-Thurs) in Murfreesboro at a Holiday Inn Express because that’s where your company has their other regional office. In that office you’ll spend all day talking to another guy who is exactly like you, but dumber and with a hint of a Southern access. Ask anyone on your flight and they’ll tell you the same thing. That’s why it’s just better to sleep.

In the off chance that there is a hot girl on your flight there is no good time to open a conversation with her that is going to lead to sex. EVERY dude within three rows of this girl will try to help her with her overhead bag 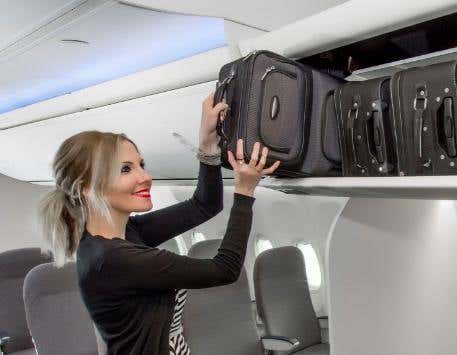 Oh let me help you with that bag with my muscles…care to sex now?

Never works. I think everyone has the mile high club fantasy where you meet a good looking stanger at the gate and oh my god you’re in 11F? I’m in 11E. Then you trade light banter, have a few cocktails, and end up in the bathroom somewhere over Nebraska. We all want to be George Clooney in “Up In The Air”. Sophisticated and debonare. In reality we aren’t even sophisticated enough to spell debonare on the first try. It’s debonair.

In reality the only women on flights are wearing something from the Hilary Clinton collection on their way to a similarly miserable week filled with florescent lights and a hotel room that smells like your take-out food.

The fact that Delta and Coke are trying to give you hope or the idea is offensive. They’re making us think that we are in a movie or something. Like we are the star at the beginning of some shitty rom-com. That we ARE Clooney. That’s preposterous. In reality I would just be an extra at best in that movie as “over-weight midwestern passenger #3″. If someone did get drunk enough on mini vodka bottles to actually attempt this move I am sure they’d get reported(if they were a dude) and be banned from the airline. So it’s entrapment too.

But seriously, it’s a napkin. Everyone just relax