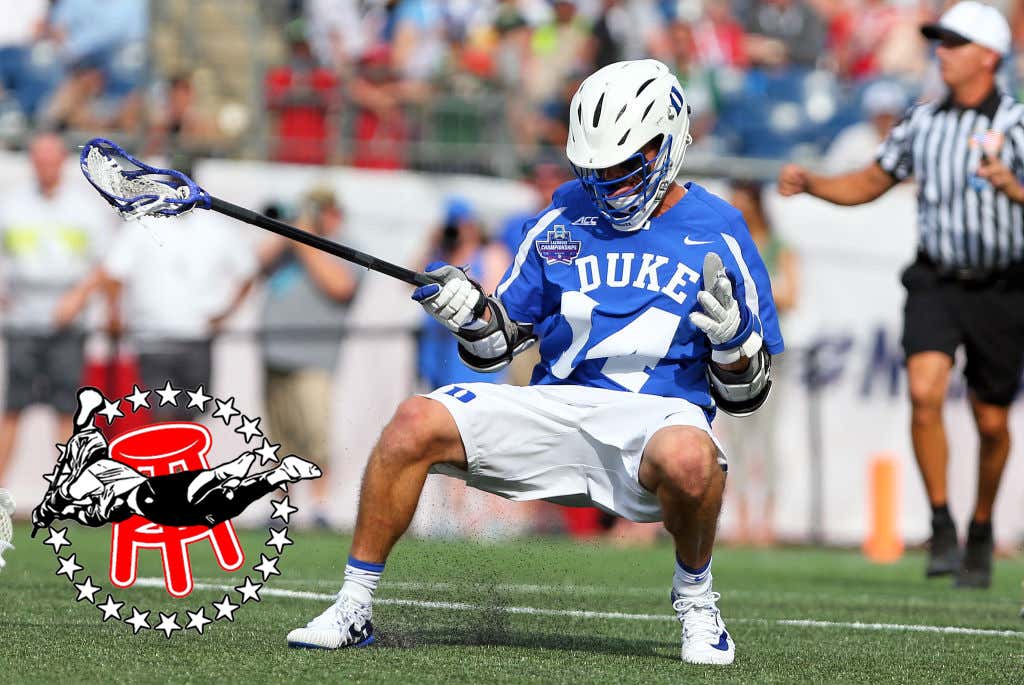 Justin Guterding is the all-time leading goal scorer in NCAA lacrosse history after racking up 209 goals in his 4 years at Duke. He was also a special guest co-host on this week’s episode of The Crease Dive, which I’m sure he would say is his biggest achievement to date. Justin came on to the show this week to talk about making the adjustment to playing box for the Philadelphia Wings this season, why you should never count Duke out after a loss in February, and Grant Ament’s monster first game back for Penn State after missing all of last season with a foot injury. 3 tucks and 7 assists in his first game back? Not a big deal.

And for the Android folks in the building, you can listen right here on SoundCloud.

I don’t really have much to say about this game considering it’s pretty much a lock that Syracuse is going to come away with a win here. But what I will say is that Syracuse is going to be must-watch lacrosse this season, especially when they’re playing in the Dome. Between the new shot clock, the crease dive being back, and also bringing Ryan Powell onto the coaching staff, this team is going to be an absolute weapon offensively. Highlights on top of highlights on top of highlights. So if you’re interested in nasty goals, you’ll most likely want to check this one out.

This year Virginia is as deep as they’ve ever been offensively. They get Ryan Conrad back from injury, Dox Aitken, Michael Kraus, Matt Moore, Ian Laviano. This team is loaded with weapons. I wouldn’t say that Loyola is as deep as Virginia is but whenever you have Pat Spencer on your team and the other team doesn’t?

That definitely gives you an edge. Combine that with the fact that Loyola also brought back their 3rd leading scorer last year in Kevin Lindley and you don’t need to be deep, you just need to be lethal. This is going to be a high scoring, back and forth game that features one of the best players in the nation. If you’re not watching Virginia @ Loyola on Saturday, you’re a goddamn idiot.

These might be my favorite uniforms in the history of college lacrosse. As a firm believer in “Look good, feel good, play good”, I just don’t understand how it would be possible for Towson to lose this game, especially at home. Granted–home for Towson is essentially a home game for Hopkins as well, but you know what I’m saying.

With that being said…Hopkins always has some of the best uniform set ups in the nation and they have the studs to go along with them. This will be the first time the majority of the country gets to see the #1 ranked recruit in the freshman class Joey Epstein ball. We all remember the massive debut Tehoka Nanticoke had last year with Albany in his first game against Syracuse, and I wouldn’t be surprised to see a similar game out of Epstein this weekend. And when you get to play on a line with some animals like Kyle Marr and Cole Williams, you know that this Hopkins team is going to be a fucking buzz saw offensively. In case you haven’t picked up on the theme of this weekend in college lacrosse, it is going to be goals on goals on goals on goals. So this game between Hop and Towson is going to break the scoreboard and it’s also going to be one of the better uniform matchups you’ll see all season. What more could you ask for? 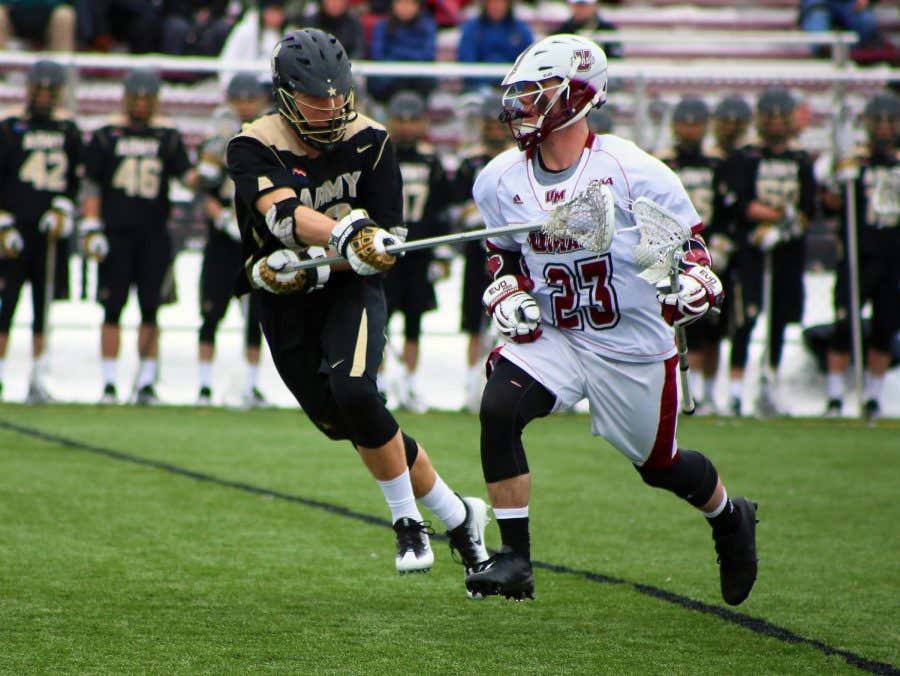 Similar to Virginia vs Loyola, the UMass vs Army season opener has been a thing over the last few years. However, they haven’t been quite as entertaining as the Loyola/Virginia games because Army has been beating the shit out of UMass lately. They had an 18-6 win last year, a 9-2 win in 2017, a 9-5 win in 2016, a 12-7 win in 2015, and then we get all the way to 2014 where UMass squeaked out a 6-5 win. So obviously the history is on Army’s side here.

However, UMass started the season last year 1-4 and then they turned that shit around to win 11 games in a row to close out their regular season and conference tournament play. They eventually lost to Yale in the first round of the NCAA tournament but a 2-goal loss to the eventual National Champions ain’t bad. So UMass is definitely going to be coming into this season feeling themselves. They didn’t graduate too many major contributors from last season so most of that 2018 team is still here and just a year older. They’re going to be one of the more underrated teams in the nation this year and I’d fully expect them to find their way back into the NCAA Tournament again.

But these are the Troops we’re talking about here. And considering how much I hate communism, I will never in a million years bet against the Troops. So Army will probably come out on top here again but it sure as shit won’t be a dick kicking like it’s been the last few years.

It’s always tough to get a good read on the board in the first week of the season so the fact that we made out even here wasn’t too disappointing. Especially not when you factor in some of the Over/Under picks that hit last week which would bump the record to 4-2 on the week. But either way, last week’s picks were…

For this week, I’m rolling with…