Last night I went against my better judgment and decided to attend a Fashion Week event. I was apprehensive at first because A) I have no clothes B) I’m not into fashion. My wardrobe consists of mostly jeans and t shirts. It’s not that I don’t want to dress better, I just don’t know how. Anyway, I bought an outfit and made my way to the Upper East Side for the Just Drew/REBAG kickoff party. (I just laughed out loud writing that sentence.) As soon as I walked in, I was out of my element. Everyone was dressed like Eric Carle’s rainbow fish and I was in all black with a pair of red shoes. 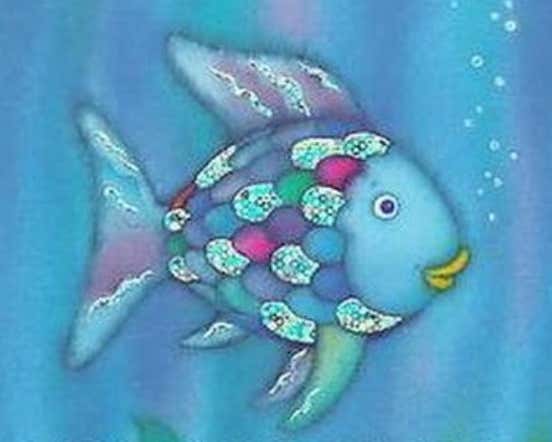 Luckily there were no short people in attendance so I was able to somewhat blend in. I had a few glasses of champagne and made the rounds with my date who’s well-versed in everything fashion. To be honest, everyone there was super nice. Obviously, my outfit was being judged, but everyone’s was – that’s the point of these parties. The whole experience made me realize two things: one being that I need to pay attention to how I dress, especially considering I’m a gay, and two is the fact that I’m poor. Not actually poor, just poor in comparison to the people at these parties. To put things in perspective, they were celebrating the fact that they recently raised $25 MILLION in funding for hand bags. For fucking hand bags! *Riggs Voice.*

Regardless, it was a good time and then I got to see this guy, which made it a thousand times better.

When I first saw him I thought it was Marilyn Manson. Then I felt his rib cage and realized he still had the bottom two so it was “NYC Lavish.” The man who said he wears sunglasses because making eye contact is invasive.

Lavish said that he chooses to wear sunglasses “because it’s very invasive for somebody to look you straight in the eye,” continuing, “Like, who let you into my eyes? Who let you in there?”

The guy who said tattoos are his therapy and ball is life.

I don’t watch TV. No plays, no books. The last movie I saw is … well, I’d rather not tell you. Okay, it was Avatar. In the theater. I just write emails and travel for work. I’m barely home; I’m always at JFK. I’m vegan and straight edge. Getting tattoos is how I relax. It’s my therapy.

“I used to play basketball. Ball used to be life. I watch when I can, though I recently threw my television out.”

I was so excited that I literally had to hold back laughter. 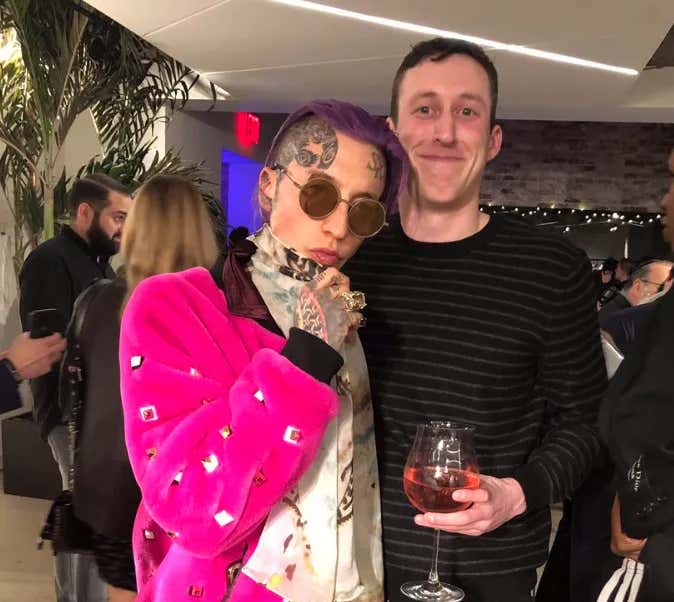 There was something very off about him. I can’t put my finger on exactly what it was, but if I had to guess I’d say it was the devil horn tattoos and general lack of self-awareness. Everyone in the party seemed to turn the other way when he walked in. It’s like they were afraid of him, but at the same time they respected him. He was also completely alone which was bizarre. I don’t know, maybe it’s part of his schtick? Regardless, we talked about his jacket and I pointed him to the coat check as a joke. He didn’t think it was funny. I doubt I’ll run him into again, but if I do I’m going to invite him on Barstool Breakfast. Large would have a field day. Shout out to NYC Lavish.