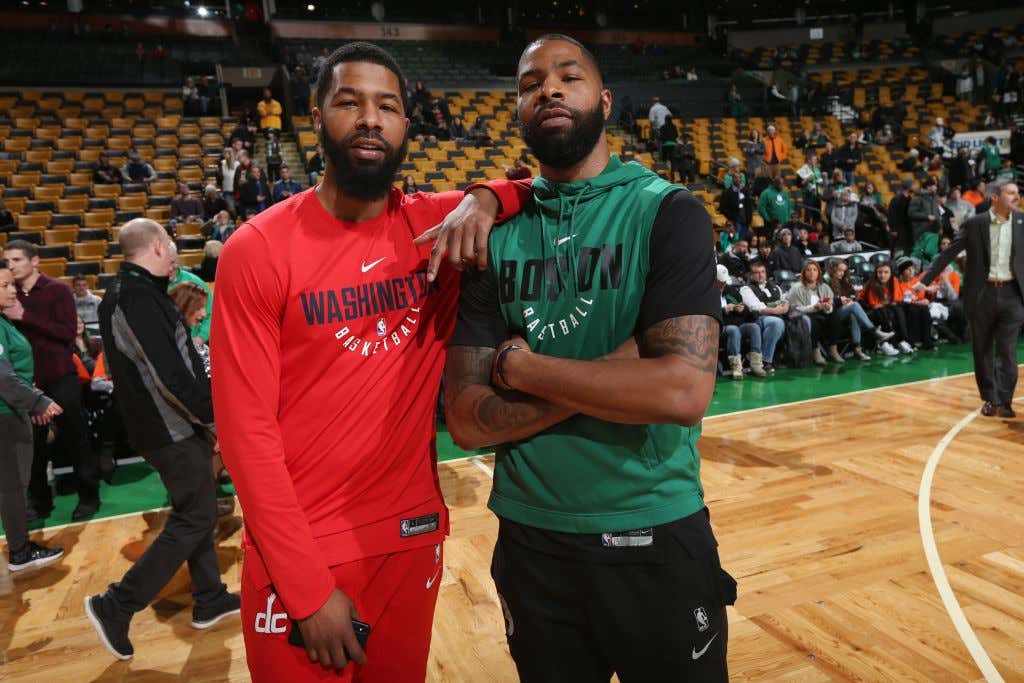 Ah yes, the buyout market. Where every team in the league that didn’t made a deal yesterday still hopes to strike gold with a low financial and zero long term commitment signing. For the Celtics, this has been the move over the last handful of seasons since they haven’t been that active in trade deadline deals recently, and their history is littered with mixed reviews. On one end of the spectrum you have PJ Brown, a buyout guy that made one of the biggest shots on the way to an NBA title. But their history is littered with guys that ultimately didn’t do jack shit like Stephon Marbury, Michael Finley, Troy Murphy, Carlos Arroyo, Ryan Hollins, Shavlik Randolph, Greg Monroe etc. You get the idea, if your season is dependent on the buyout market, it’s most likely not going to work out for you.

However, after Ainge cleared a roster spot yesterday by moving Jabari Bird, it’s clear they are going to be very active in what is a buyout market that is loaded with player who do fit an immediate need on this team. Nobody that suddenly vaults them to a Finals favorite or anything, but definitely a crop of talent that as long as they accept a reserve roll can potentially have a decent impact over the second half of the season. In my eyes, there are two areas I’d like to see the Celtics look into with this roster spot, and that is shooting and more big man depth. The best shooters on the market in guys like Wayne Ellington and Wes Matthews seem to be off the board, so chances are we’ll see Ainge bring in a big. Either way, I wanted to take a look at some names of guys we’ll probably here rumors about and talk about how each one fits.

Obviously you have to include the other Morris twin. Here’s the thing with Markieff though, he’s hurt and is expected to miss 6 weeks. In my opinion maybe that’s a positive because it’s not like this team is dying to play whoever this final roster spot becomes anyways. Bring him in, let him recover and once he’s right you have yourself another versatile 6’9 wing that can play multiple positions.

In terms of fit, we sort of already know how it’ll work because we have his brother and they’re sort of the same person, but Markieff is averaging a career high 1.4 3PM a night and you know he brings the same sort of toughness as his brother, so this may actually be a perfect fit. Plus, if Mook gets in foul trouble they can just switch jerseys. If you don’t think Ainge is factoring that in you’re crazy.

No, just stop. Don’t even let the thought enter your brain. Keep that dude away from this team at all costs.

Not just because he’s a friend of the program, but maybe Frank The Tank is one of these players that just needs a change of scenery. When he actually was in the rotation in CHA he wasn’t all that bad for a reserve, with 42/38% splits and 1.3 3PM last season. He also just feels like a kind of Danny Ainge big, someone who can help space the floor, knock down the occasional three, he’s sort of a Kelly Olynyk-Lite. He doesn’t help you in terms of defense and rebounding, but when you think of the type of profile certain Celtics bigs have, the one thing Ainge and Brad want you to be able to do is shoot threes. If we were to look at the buyout market of three point shooting bigs, Frank is certainly one of them.

Sure this feels more like a Troy Murphy signing, but let’s try and see the positives in it.

Now this one intrigues me. We all know Kanter is a huge defensive liability, but it’s also true he does possess skills in two areas that the Celtics do need help in. First is his post offense. Say what you want about Kanter, but the dude can score. He’s shooting 53% on the season, averaging 14/10 and could definitely be the type of big that might help Horford get a little more rest over the second half. The problem here is we have no idea if he’s cool with barely playing because that certainly wasn’t the case in NYK. If you were to look at the all around talent of all the buyout bigs Kanter certainly has the most to offer, even if he doesn’t shoot threes.

I would say I care more about his rebounding than his offense, and if he was fine with being a reserve he may be high on my list of who I want to take a chance on.

Maybe this is because I am influenced by the fact that Gortat kills the Celtics every time they play each other, but when I think of Aron Baynes insurance I am becoming more and more fond of Gortat. It’s pretty clear that this team needs a gigantic strong as fuck back up center, and that’s exactly what Gortat provides. I am a big fan of his 18.5% REB% and 26.6% DREB% and he’s going to be a guy who you don’t even need to give the ball to. He essentially gives you exactly what Baynes does (although much worse defense), and with Baynes being a little injury prone, this team needs a bruising big to be available. Horford isn’t that, Theis isn’t that, but the Polish hammer certainly is.

I consider this one a pipe dream only because for a guy in a contract year, he’s going to want to go somewhere where he will log heavy minutes, and that just isn’t available on this team. I’ve written this before, but if he is down with his role in Boston, I’m for this 100%. It’s low cost, you bring in an elite rebounder and rim protector, and also he’s there to mentor DeAndre Jordan 2.0 in Robert Williams. I know he doesn’t fit the system, but none of these reserve bigs really do. You can spot start Jordan for Horford the same way you do for Baynes, you don’t have to run plays for you, and he immediately solves your biggest weakness.

Again I can’t see this one happening, but it may be the player that makes the biggest impact given this team’s needs. There’s also the rumors that the Knicks actually won’t buy him out, so he may not be an option at all.

If Lin does get bought out, I think he’s an interesting idea. I’m always nervous about the usage and milage on Kyrie’s knees as we get to the second half of the season, so bringing in Lin could potentially allow Brad to rest Kyrie so he’s right for the playoffs. Lin is a player who knows his role and does it well, and it allows you to have a better option than Brad Wanamaker in those games that Kyrie misses.

I feel like he could do really well in Brad’s system in his limited minutes, and you know exactly what you’re getting from him on a nightly basis. I could argue that in terms of back up point guards, there aren’t too many better options out there than Lin, but again he would have to accept an extremely limited role. Maybe play the Harvard angle and convince him getting an opportunity to play on this stage will help him land somewhere this summer.

The one thing we know for sure is that Ainge is going to fill that open roster spot. I feel as though any of these guys would make a difference, but I want to stress it’s important that as fans you don’t view any of these guys as a savior. That’s not what the buyout market is for. The buyout market is for adding depth to solve an immediate need and maybe give your starters some rest down the stretch if you’re able to. Given the market and who we know is available at this moment I’m thinking Ainge leans towards a big, and I have absolutely no problem with that.

So I’ll ask you, of those available, which way are you leaning?