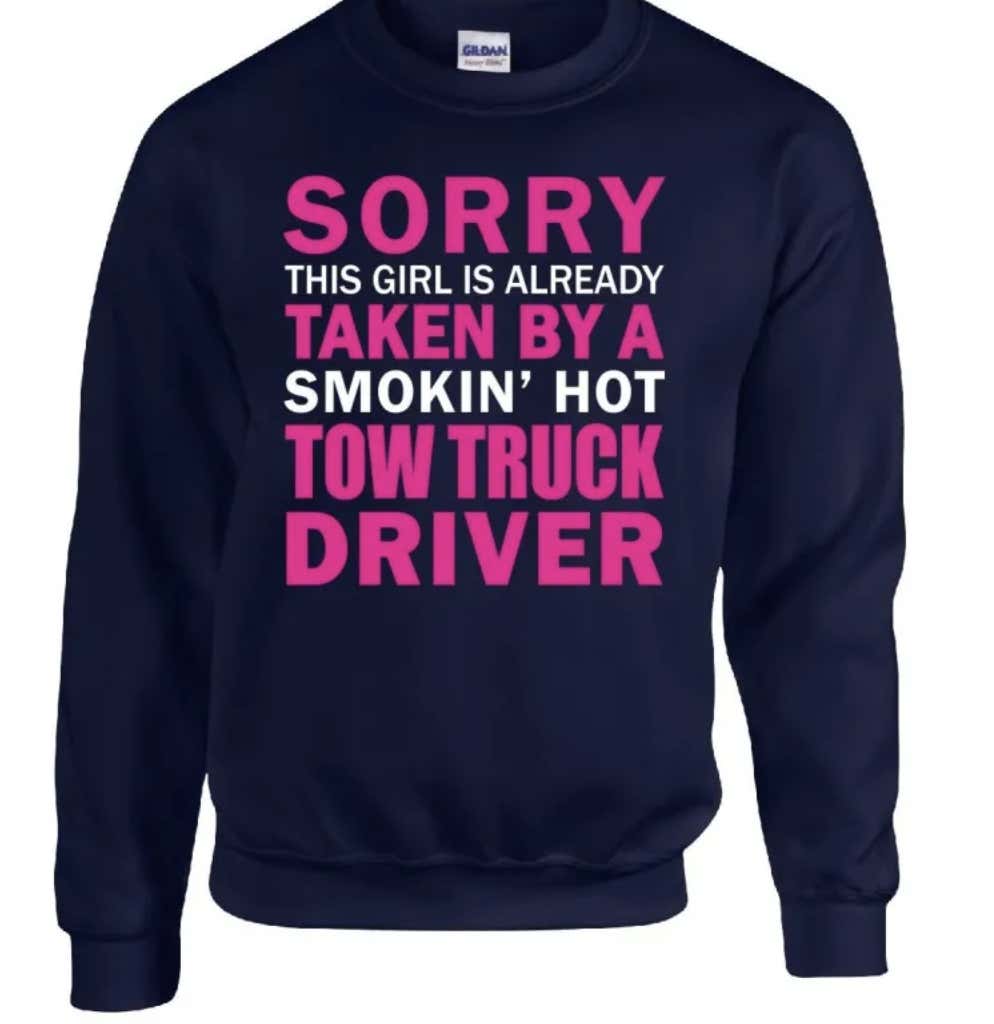 CHICAGO — A woman is accusing the Chicago Police Department of wrongly towing her car and said she can prove CPD towed her car by mistake.

According to the woman, police said the temporary plates did not match her vehicle. But she said the officer had mistakenly typed in the wrong plate number.

She just bought the used, tan Jeep earlier this week but now it’s in the city auto pound. She has to pay $1,170 to get her car back.

“I want my car back,” she said. “This is my only way of getting to work, getting my kids to school. I need my vehicle.”

Cambray is a single mom with three kids and doesn’t have the money… A sergeant apologized for the mistake but told her she would have to pay the fee upfront and file a claim with the city to get reimbursed.

Chicago has the unique ability to tow anyone at any time. People want to add a 5th star to our flag for the Special Olympics. I say make it an even 6 and pay homage to the brave few keeping the lights on at city hall: 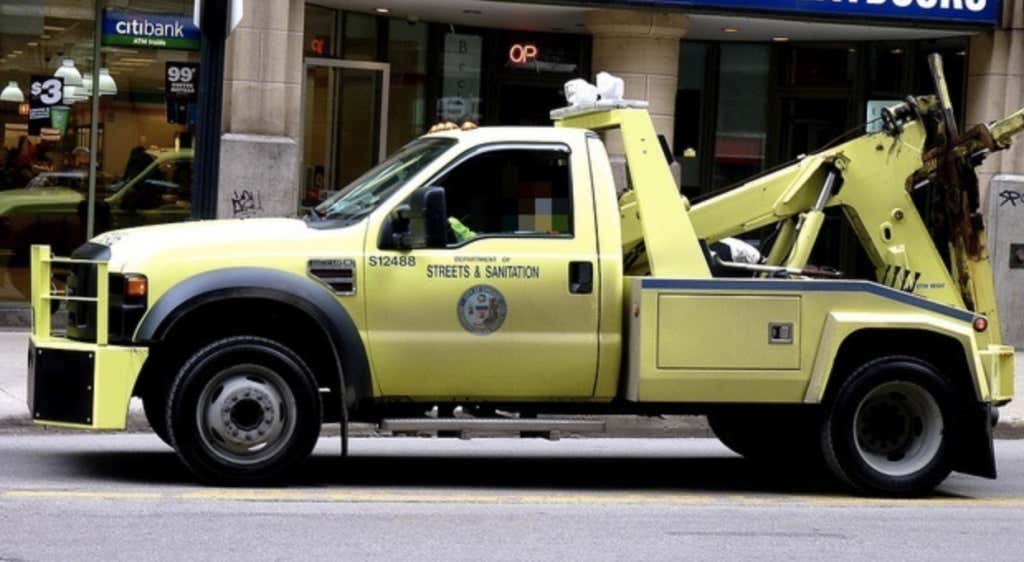 I’ve been towed 4 times in 8 years and it only gets worse. The initial did my car get stolen? is actually kind of a rush. But once past that, you’ll see it’s Thursday between 3pm-5pm on a northern facing one-way street that’s west of Halsted and south of Chicago Avenue and you can’t park there because it snowed on Monday. So you got towed.

For beginners, there’s an ensuing panic that can otherwise be described as a an all consuming blackhole of hopelessness. If you’re anything like me, your phone charge is south of 20% and you’re already running late in the first place. You pull out your phone and open up Safari. You’ve been meaning to download Chrome but Safari is that much easier on your iPhone. Still, the functionality of connecting all your apps across all your devices is quite appealing. You make a mental note to download Chrome as soon as you get the car thing figured out. Battery drops to 14%.

You now find yourself on the Chicago Streets & Sanitation Traffic Services webpage staring down the barrell of 700 poorly spaced words to better understand your situation: 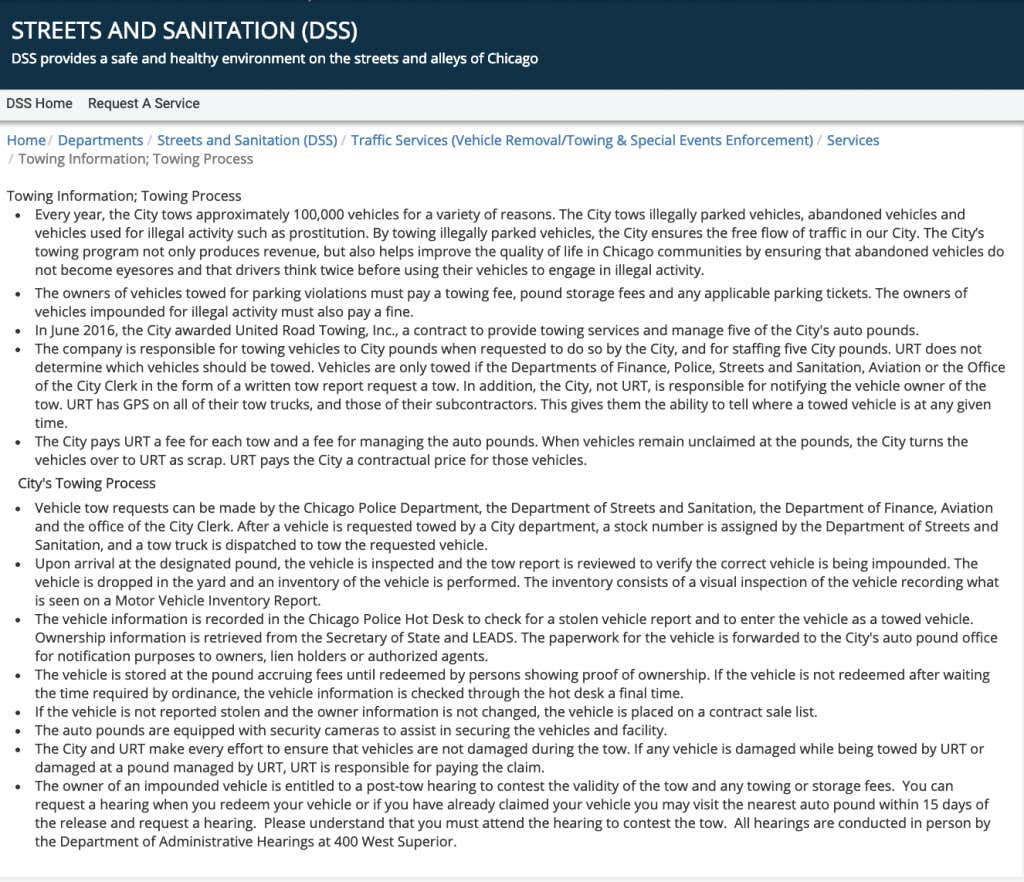 Following along? From here you can get directed to the Find Your Vehicle landing page 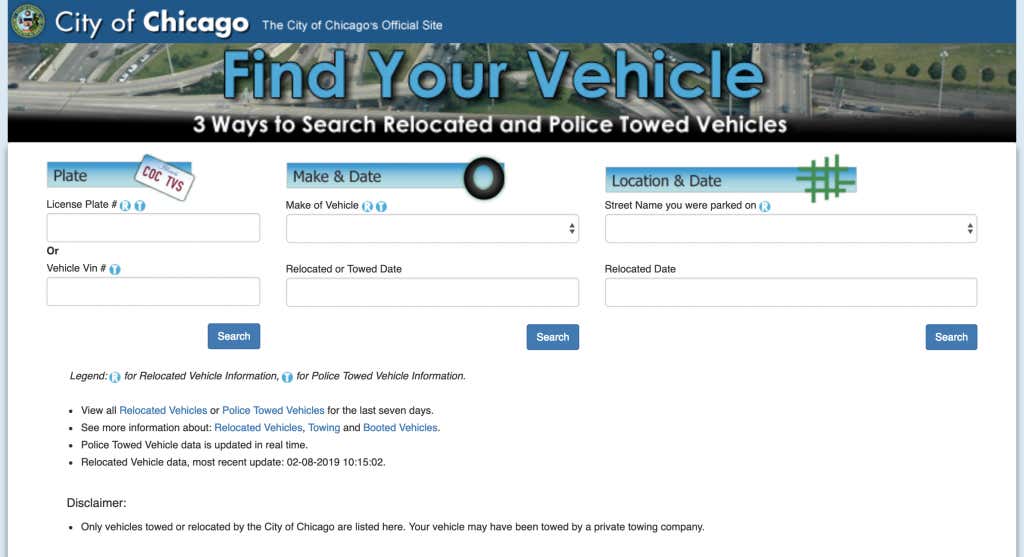 From here you can get details on where your car is impounded. It needs about 30 minutes to get updated so if you recently get towed, you’re in no mans land for a little bit extending the rush of maybe having your Honda Accord stolen.

It’s not. The next update is out and turns out the city does in fact have possession of your car.

There’s basically 4 places spread across the city they can take your car and they all suck. The most popularly hated auto pound is located on lower-lower-lower-wacker. 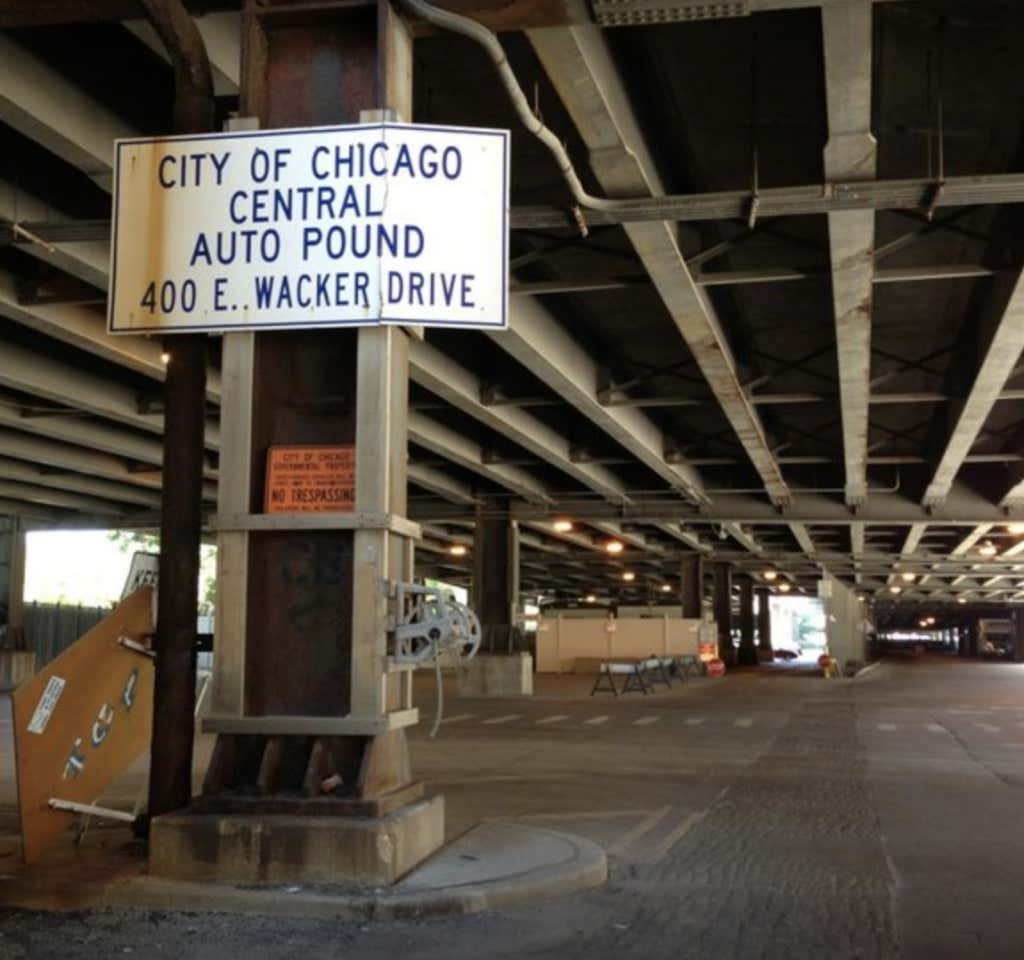 If you’re down here you might as well be dead. This is the literal and figurative basement of Chicago. Rumor has it Christian Bale refused to film Dark Knight scenes here because it was too unrealistic. Batman would get his ass beat down here someone overheard him saying. Personally I don’t blame the guy.

Once you arrive – either here or at the other locations – you’re going to be forced inside a trailer where you’ll encounter the only positive thing about getting towed. The A/C is fucking PUMPING inside. These trailers are basically meat lockers. 55 degrees and under. It’s remarkably refreshing. 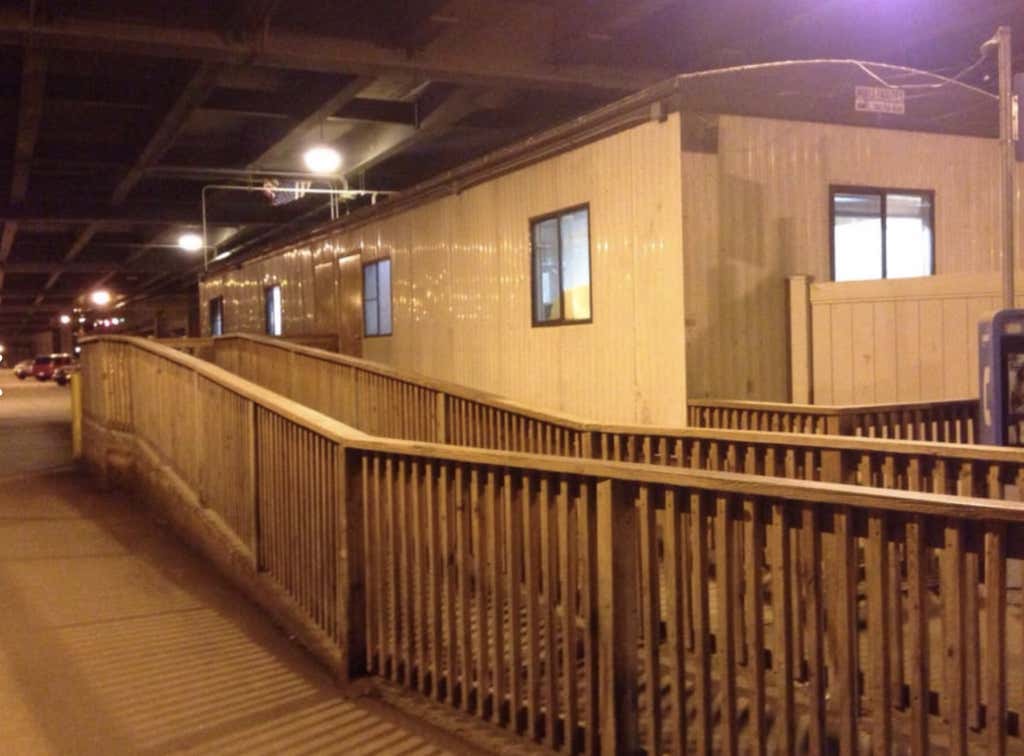 Once inside you’ll realize you don’t have the form of payment they want. Sometimes it’s cash. Sometimes it’s check or card. But always it is whatever you don’t have. I swear to fucking christ they just want to know what you can’t pay with just so they can tell you that’s all they accept. Cash? No we don’t take cash on Friday mornings anymore. 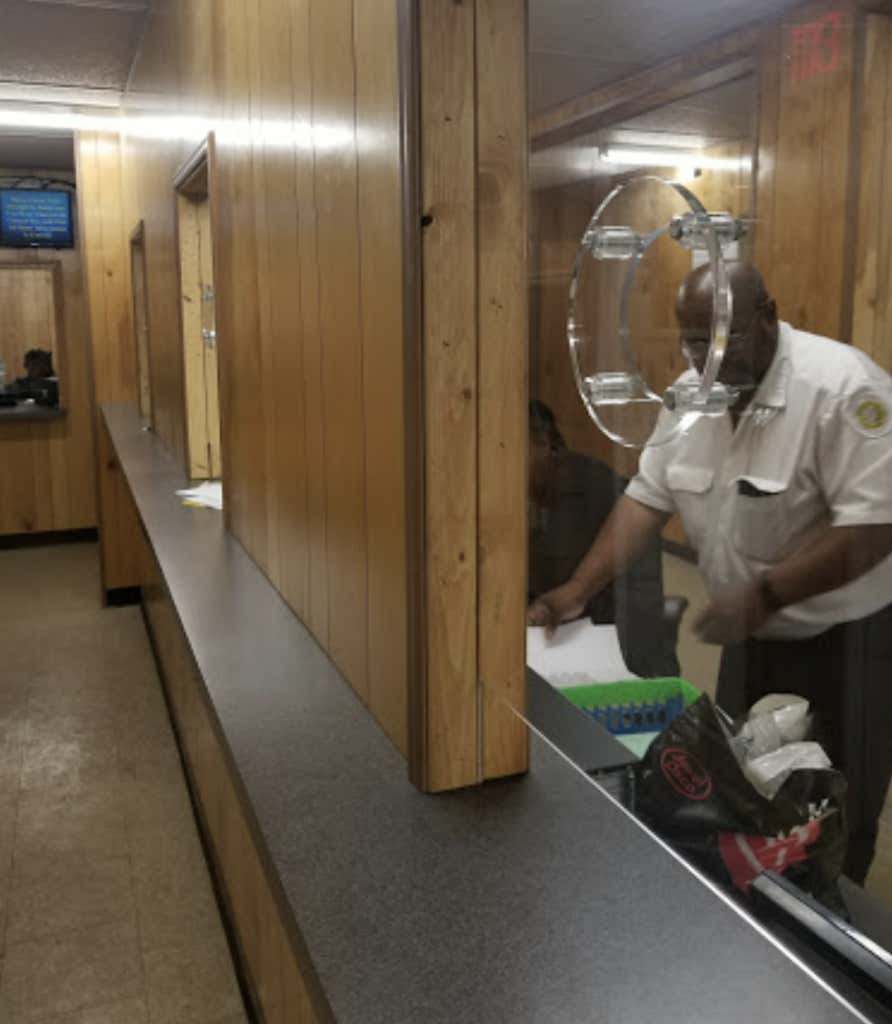 When you come back with the right form of payment, you’ll casually go through all the towing charges. It won’t sound bad at first. It’s just $170 for the impound and you can drive your car right out of here today. When you put it like that sure. At this point you just want it to be over.

You slide your ID under the glass. The Parking Professional opposite you is now filling out forms. Several forms. The ones with the carbon paper underneath which means don’t ever throw this out. Things are becoming complicated.

Is there a problem? You ask.

Her head stays buried in the now-growing stack of forms.

Okay your total comes to one thousand six hundred and forty five dollars and that’s due now.

See what you don’t realize is Chicago towing authorities are following your every move. And when you get towed, you have to pay literally every single outstanding debt to get your car back. All of them.

I’m talking parking tickets for you and everyone you’ve ever loved. There’s no city sticker on your car. Your license is expired. Outstanding library fees and late Blockbuster returns from 1996 when you were just 7 years old. The fucking hen comes home to roost when you get towed in Chicago and it’s time to atone for your sins.

Nevermind your biweekly take home pay is ~ $1600 after standard payroll deductions. It’s time to pony up. You convince yourself that this horrible event will help you turn a corner and get your shit together. Never again you tell yourself. The situation is horrible but you’re slowly calming. You’ve got this.

Payment is processed and now you’re out on the lot tracking down the attendant to get your keys back. Naturally, he’s the nicest person you’ll ever meet. You think maybe in another world you could be friends but not today. Fuck this guy.

But damn was he polite.

Now with keys in hand you make it to your car, conveniently parked in the most remote corner of the fucking lot. Upon approach, you start to make out the image of something on your car windshield. It’s orange and white and only getting more clear as you get closer 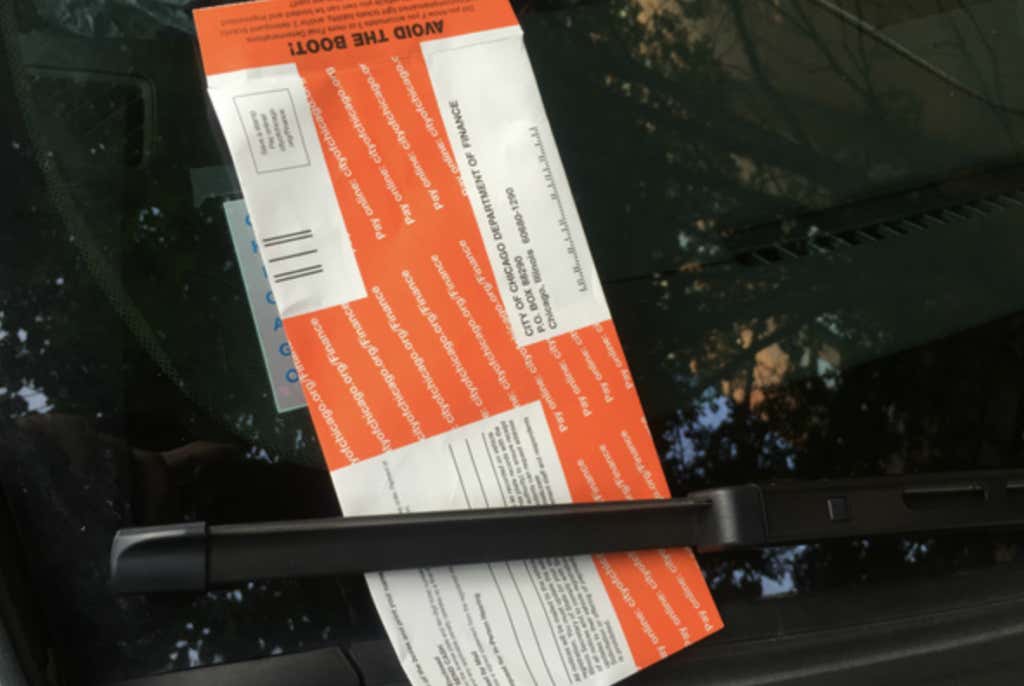 And here we have rock bottom. What no one explains to you is that getting towed is a ticket in and of itself, and you don’t get that ticket until after you have cleared all the other tickets and towing fees. It is the single biggest middle finger you can give anyone ever. You just convinced yourself you’re turning this negative into a positive and boom you can’t even leave the lot without another mark on your record.

PS – There are google reviews for city auto pounds. My favorite are the fair and balanced 3 stars 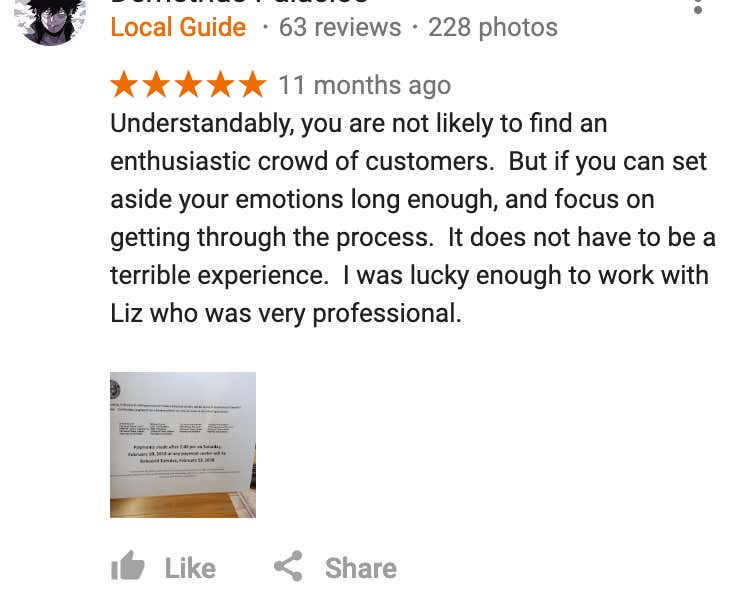 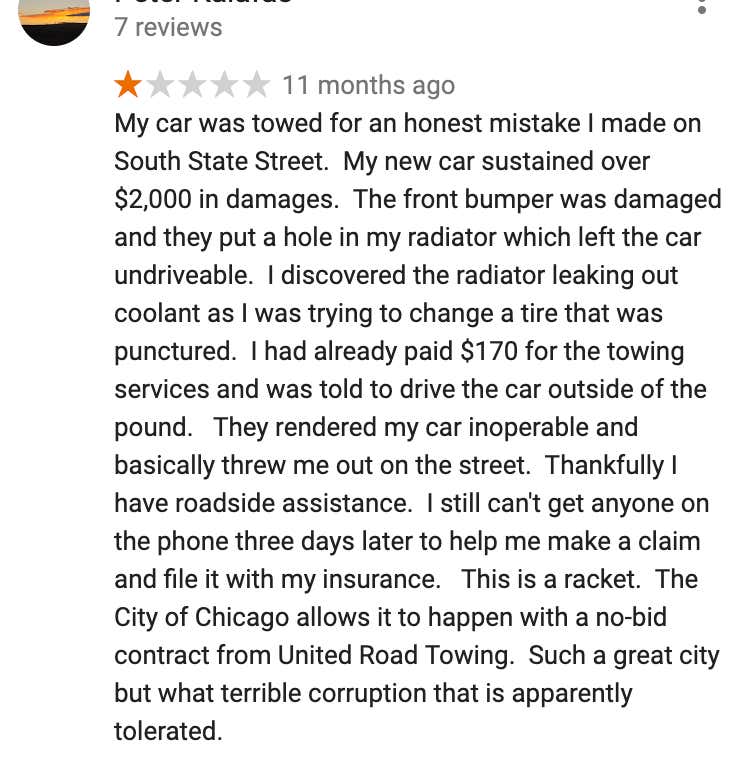 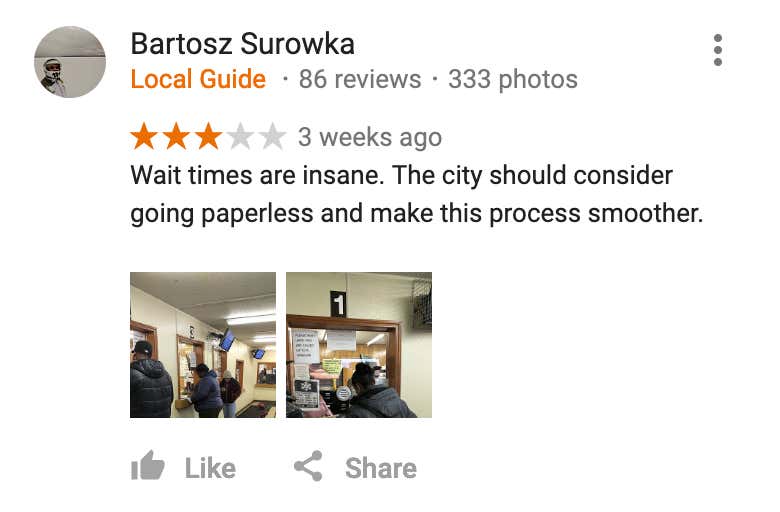