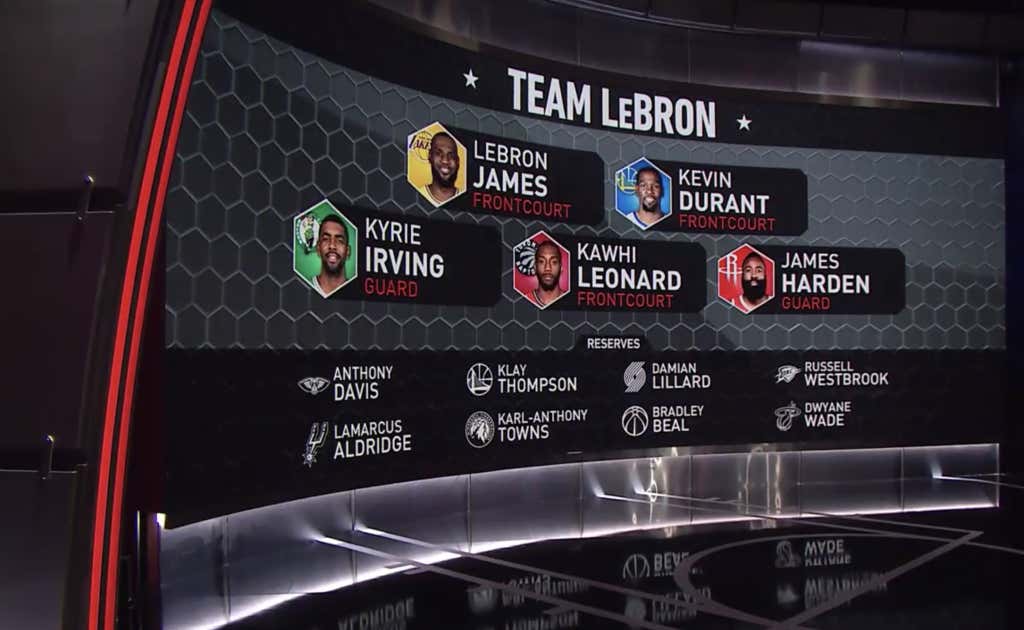 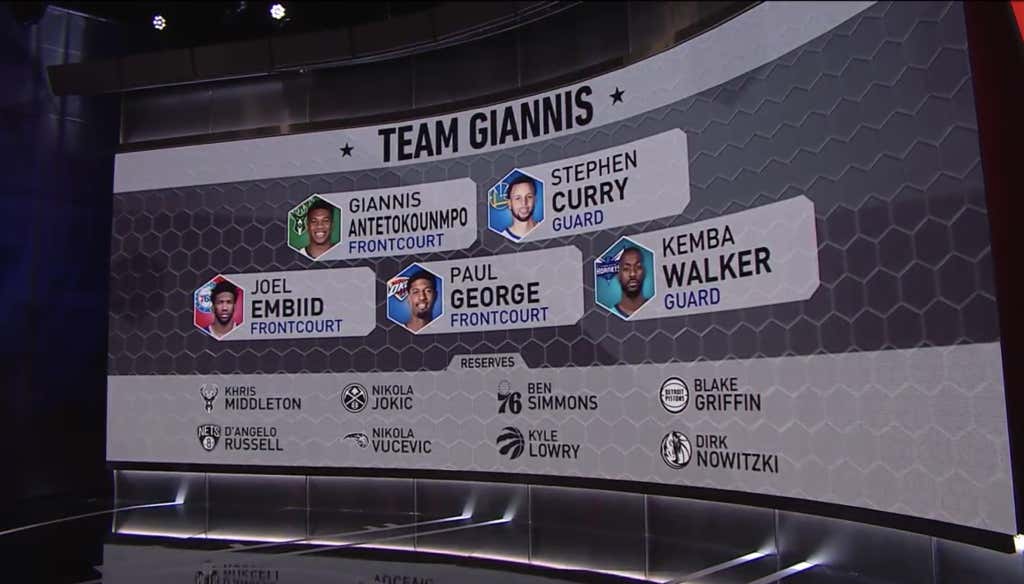 So we finally had our first live All Star Draft and I must say, it was incredible. Even though I think they should take it to a next level and actually pick the teams in person for future All Star Games, this was a great start. That was until it became pretty fucking clear what LeBron was doing. Look at his team!! Who do we see? Kyrie, Kevin Durant, Anthony Davis, Klay Thompson, you know just guys that ARE GOING TO BE FREE AGENTS AND ARE RUMORED TO POTENTIALLY LAND IN LA. Guys LeBron is clearly after and everyone with a brain knows it. On top of that, he then traded Russell Westbrook for Ben Simmons! Why is that important? Well guess who is another Klutch client that 100% will be rumored to be going to LA pretty soon? Ben Simmons! Even Giannis can see what’s happening here

This whole things stinks to the high heavens and there needs to be action. Part of me thinks maybe Giannis is in on this whole thing. I mean how can you be that bad at drafting a team? He’s going to get absolutely demolished while LeBron is out here tampering his dick off. I did appreciate the nice dig from Chuck

but don’t let that distract you from the overall point. LeBron is clearly up to something and the league needs to step in and stop it. Me and Dell Demps can only do so much, I need Adam Silver to wake the fuck up and do more than fine LeBron what amounts to basically pocket change. I don’t like this, I don’t like it one bit.