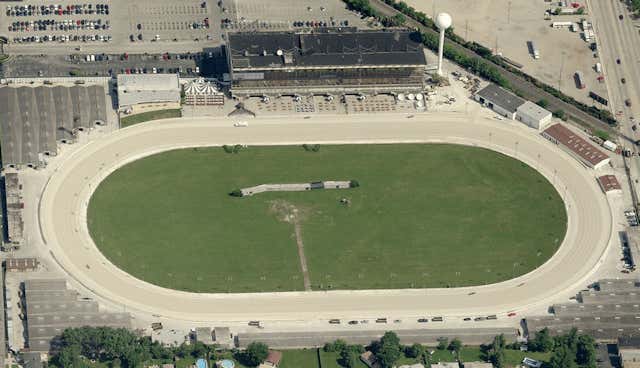 Village Free Press - Melrose Park officials announced last month that the village has annexed the Maywood Park Racetrack located at 8600 W. North Ave., which closed in 2015 after filing a Chapter 11 bankruptcy, making way for a major redevelopment of the site that would entail demolishing some structures on the property.

In a Jan. 28 statement posted to the village’s website, Melrose Park officials said that the village’s Board of Trustees passed an annexation agreement on Dec. 10, 2018.

The racetrack had previously been located in unincorporated Cook County and controlled by the Cook County Board of Commissioners. The agreement brings the 55-acre racetrack into the jurisdiction of Melrose Park, which plans to demolish the track’s abandoned structures in order to build three industrial buildings on the property.

This Eulogy should’ve been done a long time ago, but we thought Dente was going to be the knight in shining armor to save our beloved race track in Melrose Park.

He did not so without further ado…please hit the music.

I will never forget the Summer of 2010 when I was there every Thursday for College night. There may have only been about 8 of us that were actually in College, but who am I to judge the regulars who wanted to get the free drink voucher?

Over half of your leather chairs were broke, and there was always a distinct smell in the air, but that didn’t matter.

What mattered was that I loved the guy at the payout counter even if he was always grumpy, and probably didn’t smile when he jacked off.

What mattered was that they always had a fresh Carrot Cake waiting for me in the cooler whenever I was on a cold streak and needed to rally.

What mattered was the Newton quote that always called to me, and has without question played into my degeneracy to this day.

“If you don’t have action, then nothing can happen.” – Newton

So, today I say goodbye officially to the race track of my childhood.

May you and all the regulars who would sit on the left side because they didn’t want to pay the $2 admission rest in peace.