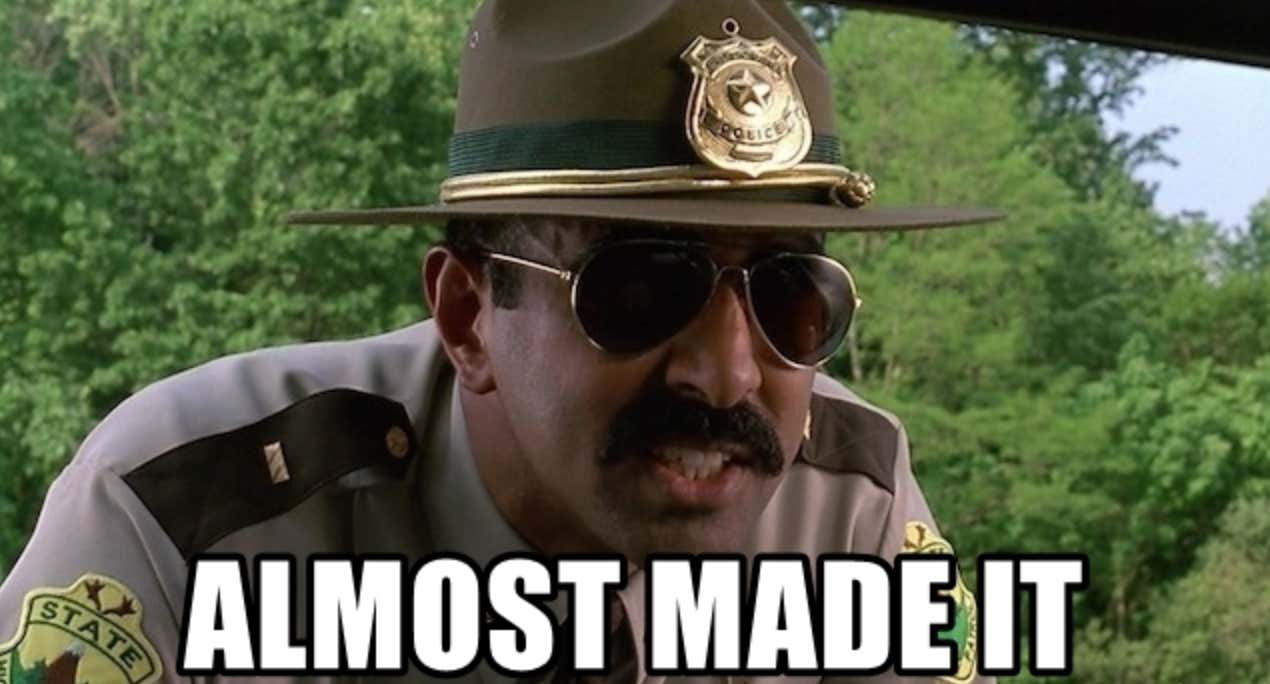 Almost. Made. It. If you try (and fail) to escape from prison you just gotta kill yourself. Because once your intentions to escape are made known to the guards, you’re never ever getting a second chance. They’ll put you in a place where it’s super impossible to even attempt to escape again. And the guards will treat like like shit. Inmates get treated like shit anyway but inmates who try to escape? They get treated extra worse. I would give examples of how they get treated but it’s so  bad that I can begin to think of what they do. Prison would be so bad. I’d kill myself so fast.

How awesome is the name Blaze Ayers by the way? Fucking dope. One of the coolest real-life names I’ve ever come across. You gotta do more with your life with a name like that. Blaze Ayers leads the team down the field for the game-winning touchdown to win the state championship in football and makes the game-winning shot at the buzzer to win the state championship in basketball in. Both in the same year. Blaze Ayers makes eye contact with you as he fucks your girlfriend and you thank him afterwards. Blaze Ayers isn’t the name of a guy who goes to prison, tries to escape, falls through the ceiling and gets tazed 10,000 times. Where did it all go wrong for Blaze Ayers? Sad. What a waste of an awesome name.