Talk about a boycott. New Orleanians furious over the Saints’ dashed Super Bowl dreams steered clear of Sunday’s broadcast, aiming to deliver a collective snub to the NFL for a critical no-call in the NFC Championship game. But one fan went a step further, his loved ones said.

“Henry A. Jaume, Sr. Age 65, Passed away on Sunday, February 3, 2019 at 1:00 P.M,” less than five hours before kickoff, according to his obituary, published online and in The New Orleans Advocate. He was, it states, “determined not to watch Super Bowl LIII.”

Jaume’s well-timed exit stoked pride within the still-grieving Who Dat Nation, which elevated to high art the city’s snarky response to its team’s controversial playoff loss.

Now THIS is a die-hard Saints fan. Forget the grown adults that paint their face on Sundays, wear another man’s jersey, put a big whistle helmet on their head, and go to the game for show. Those people are clowns. 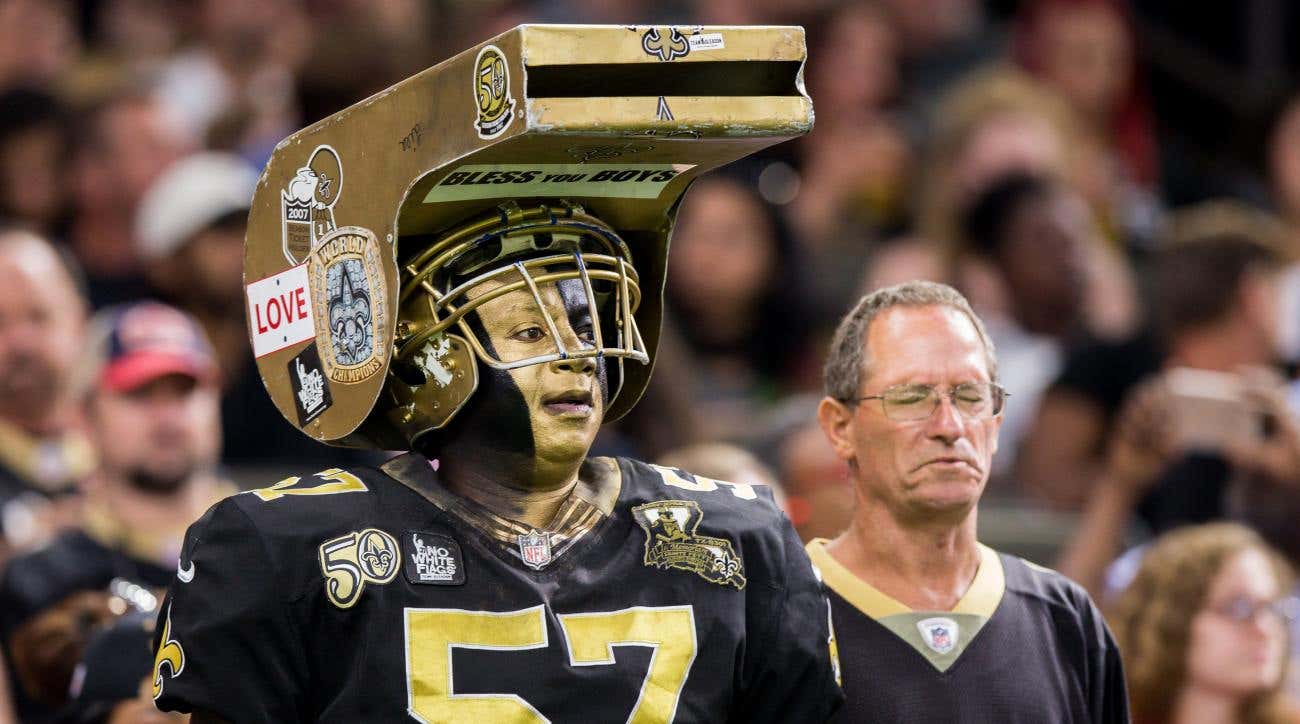 This dude is a hero. 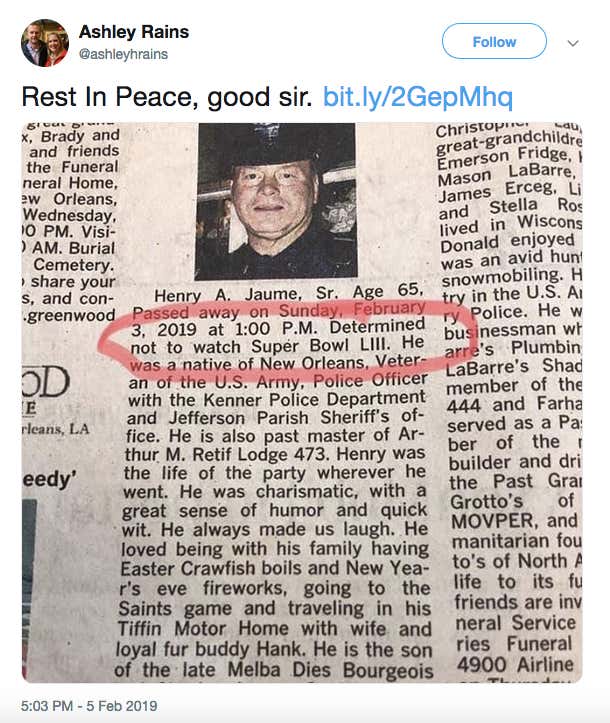 Win or die trying. I love that mentality. He would rather die than watch the Super Bowl. Now, I hate to be the pallbearer of bad news here, but I do think he had a couple other options to not watch the Super Bowl than to just die. Maybe take a nap? Go to the movies? But he took the road less traveled, and he decided to guarantee that he did NOT watch one second of the game. Sort of like how the referees didn’t watch the game the week before. 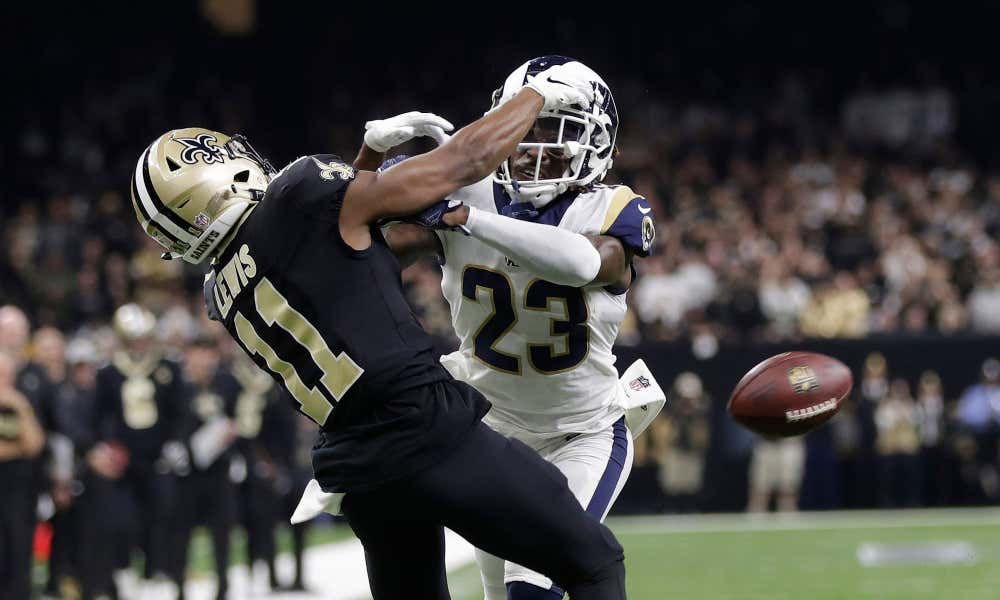 Now obviously the big question here is whether or not Rodger Goodell will be charged with murder for this. I see both sides of the coin, honestly. On one hand, it’s probably difficult to trace any evidence or the cause of death back to the tyrant leader of the NFL because he has been so quiet on the issue. But on the other hand, we have ourselves a dead Veteran that clearly is a result of Mr. Goodell’s inability to make the right decision. Luckily this one will be left up to the judicial system of the United States, and not the judicial system of the NFL. Because Goodell is in charge of that, too. He’s the judge, jury, and apparently now the executioner. 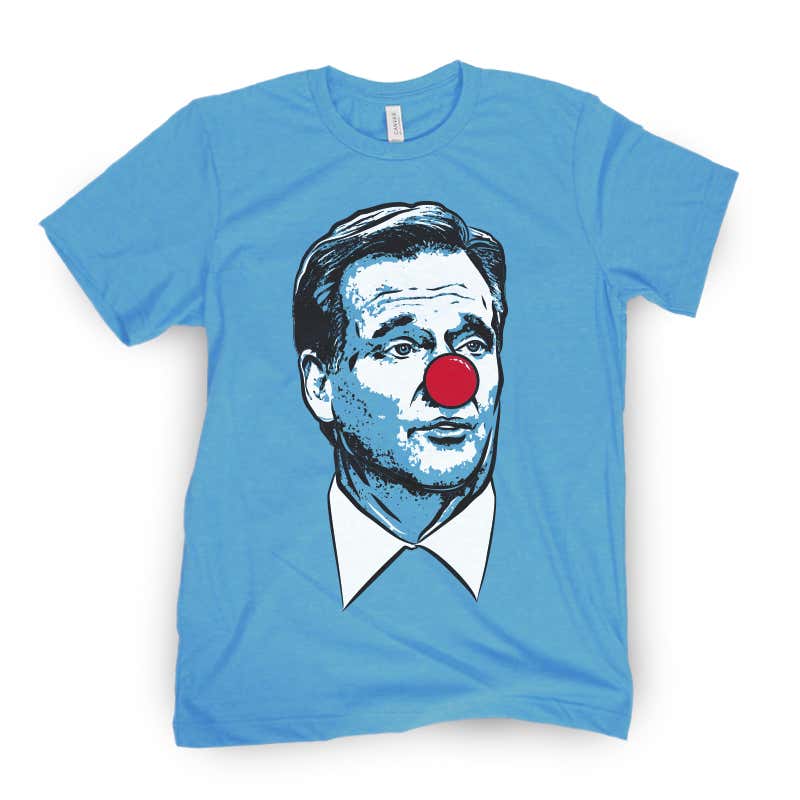 Rest in peace, Mr. Jaume. Thank you for your service!
goodell+ 6 Tags