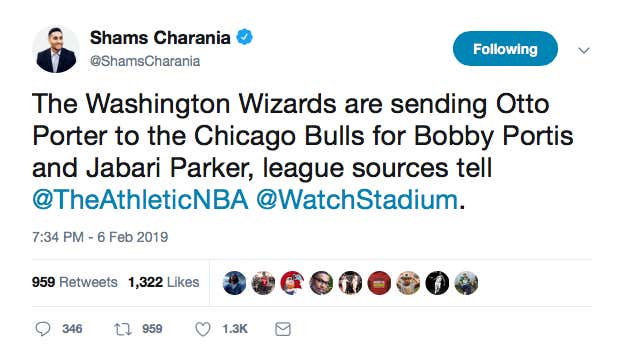 And by do it again I mean “completely fuck this up?”

Probably.  We’re conditioned to think that in Chicago, but it’s a deserved stigma that Garpax has developed.

Portis is an RFA next summer so a trade was to be expected eventually.  I fully expect him to flourish in a role on another team.  Watch it happen.  He just didn’t have the pieces or system around him during his tenure in Chicago to ever maximize his potential.

Oh, and Jabari Parker was also in the deal.  RIPIP Chicago’s sweet prince and shut down defender…

Eddie will break down the financials of the deal tomorrow, but until then round and round we go in the basketball purgatory that is Damen and Madison.   What a pitiful franchise