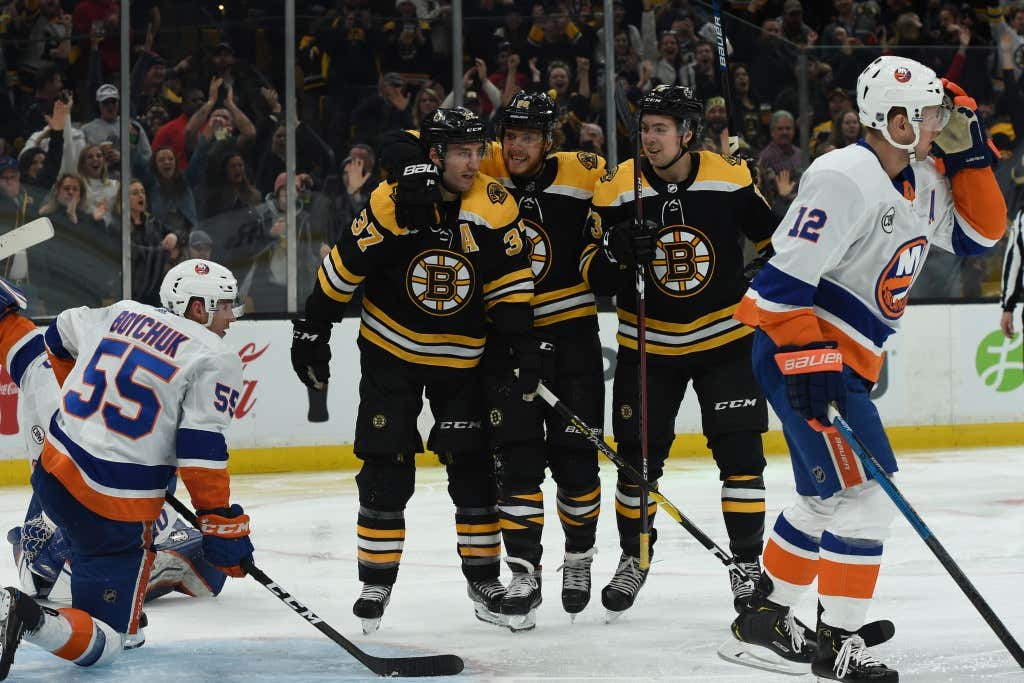 Patrice Bergeron scored twice as the Bruins beat the New York Islanders in his 1000th career NHL game. Of course he did, it’s Patrice fucking Bergeron.

Bergy opened the scoring by cleaning up a rebound from a Pastrnak shot in the 1st period. His 17th of the season.

Peter Cehlarik would go on to score the eventual game winning goal late in the 3rd.

Pasta drop passed for Bergy for the empty net goal and it melted my heart.

This team loves Bergeron, he’s one of their leaders and incredible guy on and off the ice. Hats off to you Bergy on 1000.

Zee even carried him off the ice.

Thanks for coming out, Frankie.