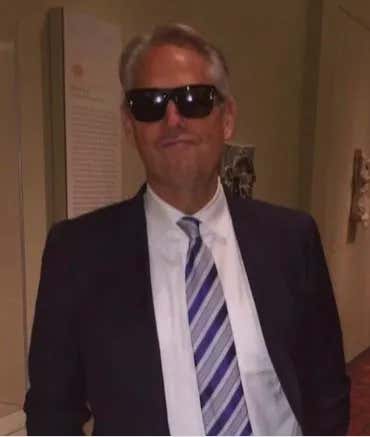 (LA Times ) – The Lakers have “pulled out” of any more conversations in trying to acquire New Orleans All-Star Anthony Davis because of the Pelican’s “outrageous” trade requests, according to a person with knowledge of the situation not authorized to speak publicly.

Magic Johnson, the Lakers president of basketball operations, told New Orleans general manager Dell Demps Tuesday morning that Los Angeles had made its best offer that the Pelicans had wanted, but that the Lakers were not willing to add anything else and would be moving on, a person said.

The Lakers were not going to give the Pelicans the six to eight draft picks they wanted for Davis, the person said, knowing that the four first-round picks and second-round picks were more than the Lakers would offer.

Late Monday night, the Lakers changed their offer at the request of the Pelicans, two people said.

The Lakers had agreed to send their entire young core of Lonzo Ball, Kyle Kuzma, Brandon Ingram, Josh Hart and Ivica Zubac to the Pelicans, as well as veteran guard Kentavious Caldwell-Pope, the people said.

And the Lakers were willing to give the Pelicans the salary-cap relief they wanted by taking back Solomon Hill, who has another year left on his deal after this season for $12.7 million.

The Lakers had made several changes to their proposals for the Pelicans, taking out a package that had included Rajon Rondo, Michael Beasley and Lance Stephenson, the person said.

Damn, the Lakers aren’t willing to give up a shit ton of draft picks in order to bring in Anthony Davis? You hate to see that. Maybe they should have done a better job preparing for this opportunity by acquiring a shit ton of additional picks. You know, like what smart front offices do that actually know what their doing and have a real plan outside of “eh, we’re the Lakers”. You think New Orleans cares that the Lakers are “pulling out” right now? Of course not! They know what we’ve known all along, if they just listened to Danny Ainge and waited until the summer, there were better options out there. When they came back with the requirements in terms of picks that they would need, LA couldn’t do it. That sucks for them.

Sure they can counter, but why would they at this moment? Lakers fans can try and spin this anyway they want but the reality is their crop of assets just isn’t good enough when you factor in the entire market. With Ainge coming out and shutting down all the scare tactics Rich Paul kept trying, this was obviously the most logical conclusion.

Now look, this doesn’t guarantee Davis becomes a Celtic or anything like that. That wasn’t the goal of this week. The goal was simply to block the Pelicans from trading Davis to the Lakers so that Ainge would actually have the chance to join in on the conversation. If you believe these reports, that was accomplished. What may feel like an outrageous amount of picks for the Lakers is nothing for Ainge because this is what he’s been building towards for years. This is why he’s called Trader Danny, because he has been able to make the moves possible so that there wouldn’t be a request from NO that he couldn’t figure out how to make happen. You want a shit load of picks? No problem. You want good young talent? Yup, check. You want cap relief? We can talk about it. This is the reality that all Celtics fans knew but the haters and losers of Twitter didn’t want to accept. They took every Rich Paul leak as fact and considered this a done deal. Well what we just learned is nothing is a done deal until Danny Ainge says it is.

You have to give LeBron/Rich Paul credit though. They did their best to strong arm the Pelicans into making a rash decision when they didn’t have to. They tried to pull out all the stops, leak all the damaging rumors they could, even got AD’s Dad involved. The one thing they forgot is they are dealing with a rival GM who you cannot shake. One you cannot intimidate. Ainge had one job and it looks like he got it done. Now he has a chance, and that should be terrifying for everyone else involved. It’s going to be hilarious when he pulls this off while not giving up Tatum. I don’t know how he plans on doing that, but I also wasn’t totally confident he would be able to prevent a Davis trade before the deadline. Silly me, should have known to never, ever, ever, doubt the powers of Danny Ainge.

Suck on that LeBron.