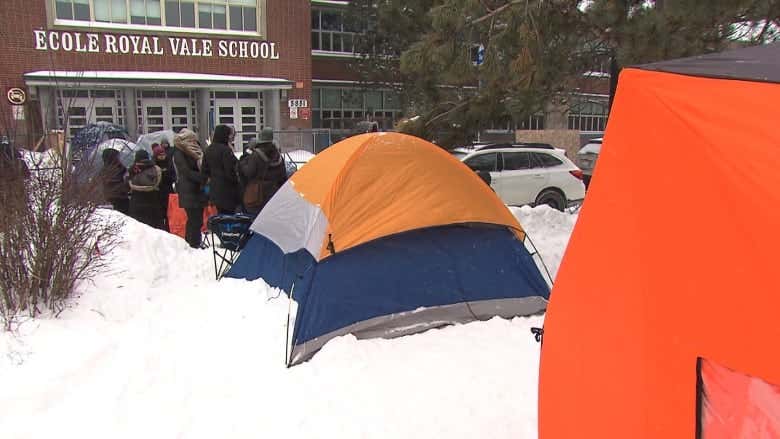 MONTREAL - When Thomas Ledwell and his wife arrived Sunday morning to spend the day and night camped out in front of Montreal’s Royal Vale elementary and high school, they learned roughly 30 parents had been there since Friday night.

Someone had brought a portable backyard fire pit and kept it going with wood bought at a nearby gas station, he said, while others pitched tents. There were 40 kindergarten spots available at this public school and Ledwell, 39, was going to make sure his daughter got one of them.

“What’s one day when it comes to the future of your kid’s education?” he asked in an interview Monday, a few hours after he enrolled 4-year-old Sophie in next fall’s kindergarten program. “There are advantages to this school — one of them is that it’s not overcrowded.”

English Montreal School Board spokesperson Michael Cohen said Monday that camp-outs have been common for decades outside Royal Vale, but the board will take a “fresh look” at the practice now that it is spreading. Parents slept overnight outside at least four of the board’s elementary schools Sunday, he said. Winrow camped out because she lives nearby and wants her son to be able to walk to school. Edinburgh is over capacity, Winrow said. She recognizes, however, that not all parents can do what she and her husband did.

“(Some parents) don’t have the resources to camp out while their children are being watched,” she said in an interview Monday, noting that parents either brought camping equipment or burned fuel to keep their cars warm over the weekend.

“There are parents who like this system … but in fact, it’s only the people with the means who are doing it. The ones who can plan ahead and miss a day of work on Monday out of sheer exhaustion.”

Access to a handful of Montreal’s English-language schools is exclusive. Royal Vale and two others, Royal West Academy and FACE elementary and high school, are known as special status schools that have the privilege of selecting pupils.

Am I reading this correctly? These crazy parents camped out since FRIDAY to send their kids to KINDERGARTEN? Folks, let me refresh your memory about the weather we had this past week. The high temperature on Friday in Montreal was 10 degrees. With the wind chill, it was well below zero. There is a 0.0% chance that I am setting up a tent and camping out for three days to make sure my kid gets a spot into god damn Harvard, let alone a kindergarten class. In fact, let me give you a list of things that I would camp outside for three days in below zero temperatures for: 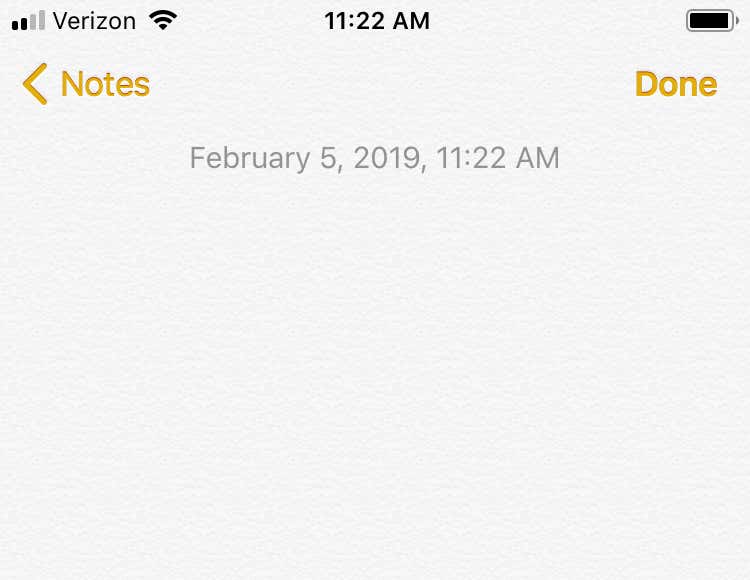 That’s right. Nothing. There’s not one thing on this Earth that would get me to sleep in a tent for 3 nights in the middle of Montreal with the wind making temperatures feel like Antarctica. Not getting into a certain school, not money, and especially not for tickets to a sporting event to see North Carolina and Duke play. My coworker Hubbs put his feelings on this subject rather elegantly a couple weeks ago. 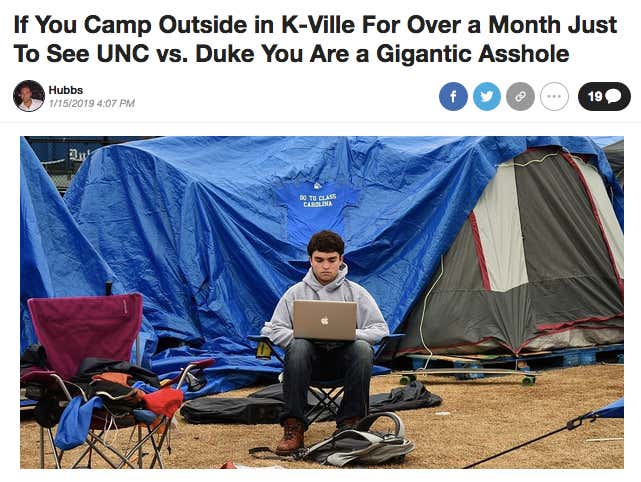 Well said, Hubbs. There are just some things that are not worth it. The risk outweighs the reward. And at least in the UNC/Duke situation the temperatures, while still cold, are somewhat bearable. This lunatics boarded up and took on the coldest weekend of the entire year. All so their kids can go to some nerdy school of rock type institution that sets them up to get bullied when they make it to Jr. High! 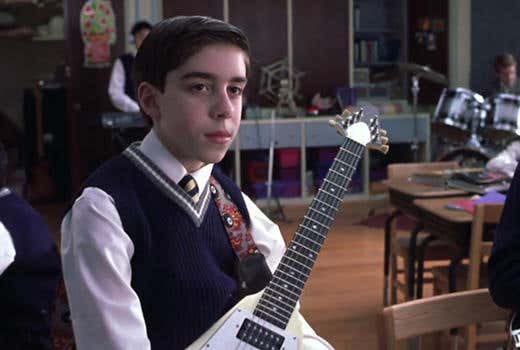 I’ll pass. I’d rather my kid go to the inner-city school anyways. Forget about prestigious institutions that boast orchestras, book clubs, and engineering programs. Instead of getting primed to pass Calculus in the 8th grade, I want my boy running with the real hoopers down at the YMCA. We didn’t come here to play school. We’re going all the way to state, baby. Ball handling and shooting drills coming out the womb. He’s gonna be the white Allen Iverson. And we ain’t camping outside for shit. 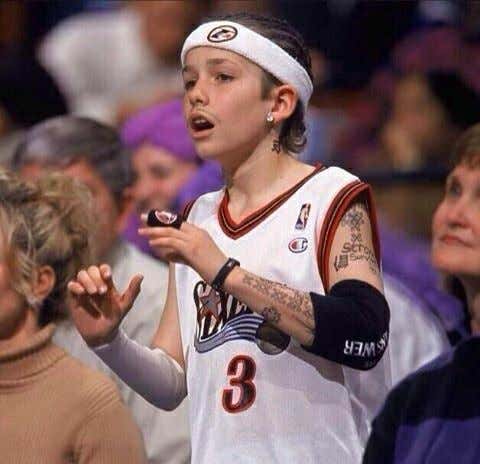