The Super Bowl is over and now we’re sitting in what I call Football Hangover week. We’ve been force fed football down our throats since the beginning of September and now we’re off it cold turkey. After the Super Bowl I was laying in bed shaking with cold sweats thinking about the lack of football until next September. Then it hit me. The AAF starts this weekend! LETS FUCKING GO! The quality of football will more likely than not be absolutely atrocious and the very casual, average football fan will have potentially not heard any of the names on some of the rosters but fuck it, it’s still football! Football is like pizza and sex, even when it sucks it’s still kinda good. So with the kick off of the AAF just a few days away it’s time to start picking the team you’re gonna hitch your wagon too for the next few months and rest of your natural born lives if you have an ounce of loyalty in you. (Or as long as the AAF lasts)

After some long, thoughtful and strenuous deliberation I have decided to commit my fandom to the San Antonio Commanders. I made this decision based off of a few factors that stuck out to me. One is their coach Mike Riley. He last coached Nebraska from 2015-2017 and is what some would consider one of the least recognizable names out of all these coaches. Now some might say thats a weird strategy in picking the Commanders but hear me out. They have some big names coaching in this league like Steve Spurrier, Rick Neuheisel, Mike Martz. You think they’re gonna be all in and committed? Hell no! Mike Martz won a Super Bowl for gods sake, you think he gives a fuck about the AAF? Mike Riley on the other hand is a guy thats been through it all. He’s been a head coach in the NFL in the late 90s, has coached in Canada and has coached everywhere in between. The guy has coached football on like 75% of the continent. Who knows, he may be looking to get back in college or the NFL. Someone like that is gonna go balls to the wall for this team trying to win a championship and I absolutely LOVE that. He’s already calling the city his second home. I’ve always called it a second home myself even though I’ve never been to San Antonio or even the state of Texas. I almost went there once but the Barstool College Football Show changed locations from Texas A&M to Ohio State.

Reason number two why I chose the Commanders was they have a big time offense full of players that I actually know! I am very familiar with their QB, Former North Carolina QB Marquise Williams. I bet on a lot of college football so I watch a lot of college football and I distinctly remember watching him ball out in the ACC. He’s a big, strong dude who can throw and run. He was Second Team All-ACC his Junior and Senior year behind Jameis Winston and Deshaun Watson, not too shabby. They also have David Cobb as a RB. I remember him from being a beast in college at Minnesota. I also drafted him as a late flyer on my fantasy football team after he got drafted to the Titans but that never really panned out. I am however a big believer in second chances so I’m ready to bury the hatchet over our last transaction and make a run at a title again this year. 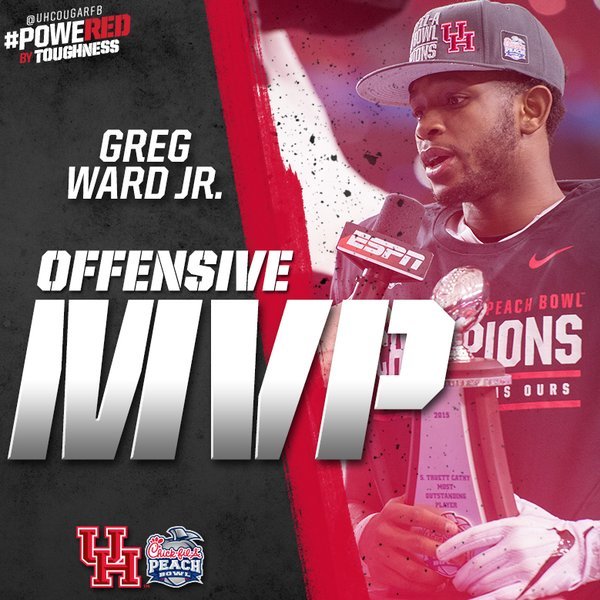 They also have Peach Bowl and SUPER BOWL Champion Greg Ward Jr. on the team. Yes you read that correctly, my guy has a ring! He was on the Eagles practice squad last year and the word from my Eagles inside source was they wouldn’t have beat the Patriots without him. He defines team player so much I just nicknamed him Greg “All Aboard” Ward. It takes that kind of mentality to win in this league and that Super Bowl Championship pedigree will be crucial to the Commanders success this season. He was a stud QB for Houston and is now playing WR professionally. The inside word from camp is he’s an absolute stud and is gonna light up the league this year with his athleticism. Can’t wait to see the Super Bowl champ in open space against the rest of the chumps they picked up off the street to form this league.

They also play their home games in the Alamodome which is where the championship game was played in Friday Night Lights, one of my favorite movies of all time. HUGE factor in my decision to ride with the Commanders.

Anyone who’s ready to hop on the Commanders bandwagon here’s their TV Schedule for this season. First game is this Saturday against the bitch ass San Diego Fleet. They don’t want any smoke in the Alamodome that’s for damn sure. HAMMER the San Antonio Commanders -4.5 it’s the lock of the millennium.

I look forward to seeing everyone this Saturday for opening day and I just have two last things to say. If you’re riding the Commanders wave, I love you and lets get ready to #TakeCommand. If you’re riding with one of the other bum ass teams in the league, get ready to get bent over and commanded all season long.

One more thing. #TakeCommand is such a fire hashtag. You’re all fucked.