“My relationship with Bill will be a little bit different in that we’ll be competing with each other. I’ll always have a great respect for him and I think it’ll be the same on his part. He’s been a mentor to me, he’s been great to me for 15 years, he’s been a sounding board for me, andI don’t see that changing. The only thing that changes is when we play each other, for those three or four hours we won’t like each other but that’s OK. We’re both going out to win every week. He knows that. He taught me that.” – Brian Flores on Bill Belichick

“In the time he’s been with our organization, he’s worn I don’t know how many different hats —scouting,  quality control, special teams, defense, safeties, linebackers, defensive coordinator. He’s done a lot of things. He’s done them all well. He’s been a great team player. He’s a tremendous person and a tremendous guy.” – Belichick on Flores

As I’ve been listening to Brian Flores and Bill Belichick part ways on practically the best possible terms (having Flores take a job in the NFC, preferably to a team the Pats won’t face until 2022, would’ve made it perfect), and it has me thinking big picture about the Patriots dominance and how to adequately put it into perspective.

Specifically it got me thinking about, of all goddamned things, Jordan B. Peterson and the work he’s done on social hierarchies, both in animals and humans. And how by all the laws of nature, we are governed by a principle of Unequal Distribution. The strongest lobster who can rip the claw off of some pussy lobster and beat him to death with it, gets all the best food sources and first dibs on getting inside the shell of the hottest female lobster. The richest 85 people in the world own as much wealth as the bottom 3.5 billion. This scientifically demonstrated theory of Unequal Distribution is found in every society across the board and around the world, regardless of their economic system or form of government. It’s known as Price’s Law, and expressed in graph form looks like this: 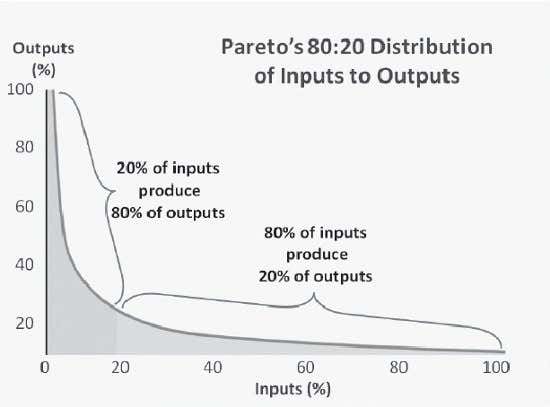 But it’s not limited to just delicious crustaceans and economics. The music of just four composers (Bach, Beethoven, Mozart and Tchaikovsky) comprise the vast majority of all classical music performed today. There are a million and a half books published every year but only 500 sell 300,000 copies. A dictionary is hundreds of pages long, but 90 percent of all communication is carried out with the same 500 words. Over 95 percent of all acting jobs in Hollywood are victims and perps on Law & Order. OK, I made that one up. But the point is, it’s human nature to be dominated by a small group of exceptional people or things. It’s always been that way, encoded into our DNA.

Which brings me back to the Patriots. The NFL has tried to fight that nature for decades. They put rules in place to create a sort of for-profit Socialist utopia. The teams split the TV and merchandise revenue 32 ways, regardless of which games people are watching and who’s stuff we’re buying. Everyone has the same cap space. When you win, everyone else tries to sign your players and hire your coaches. Bad teams get to draft first. And so on. And the Patriots are living proof that Price’s Law is truth. Because they’ve lost more free agents and coaches and drafted lower than anybody in the last 18 years and still dominate.

In addition to all the rules that apply to every team in football (and in the case of the draft and to some extent the salary cap, other sports as well), special rules have been passed just to stop New England. The “emphasis” on calling Defensive Pass Interference in 2004. The elimination of the Ineligible Receiver formation in 2015. Making it illegal to jump the center on kicks in 2017. Now there’s talk of changing the overtime rule because people argue it’s unfair to lose a coin flip to the Pats and then expect a defense to make a stop on Tom Brady. Remember in 2011 when Josh McDaniels rejoined the Patriots staff during the playoffs and there was talk about how that shouldn’t be allowed? Even though he’d just gotten fired by St. Louis? And don’t get me going on the fact they’ve had two 1st round picks taken away and their quarterback suspended for upgrading his phone. The one the NFL had no right to see.

To repeat, still they dominate. Brian Flores was their untitled defensive coordinator for one season. One. And in that short window of time, he shot his shot. Without question. And in doing so, helped demonstrate the power of the hierarchy he was a part of.

Consider this, via my friend @footballfacts. Flores just gameplanned the best defensive performance in the postseason during the Super Bowl Era:

And who’s defense had the third best?

It’s institutional here. Three of the most prolific offenses of all time get their tires blown out in the postseason, and two of them are done in by the same team. Only 14 years apart, with entirely different personnel. And just to further demonstrate how Alpha this franchise has been, the Pats were favored by three. They only scored 13. And still covered. Easily. Meaning they now have produced this mind-melting stat:

To put that in perspective, over a 16 game season, a .652 winning percentage outright gives you 10.43 wins. Which is more than four playoff teams had this year.

And just because graphs are like Doritos and once I have one I can’t stop:

… there’s also that display of greatness in visual form. That demonstration of what Brian Flores has been a part of. That he’s now going to try to take with him as he, to bring back the lobster analogy, crawls across the sea bed to his own reef to try to find his own food sources and fertilize the eggs of his own sexy lobsterttes. I still think he’s making a mistake by not picking a part of the ocean not already dominated by the one true Alpha. But since he’s obviously leaving on good terms and Belichick still cares about him, I still care about him. I just hope for his sake he realizes he’s fighting the laws of nature.