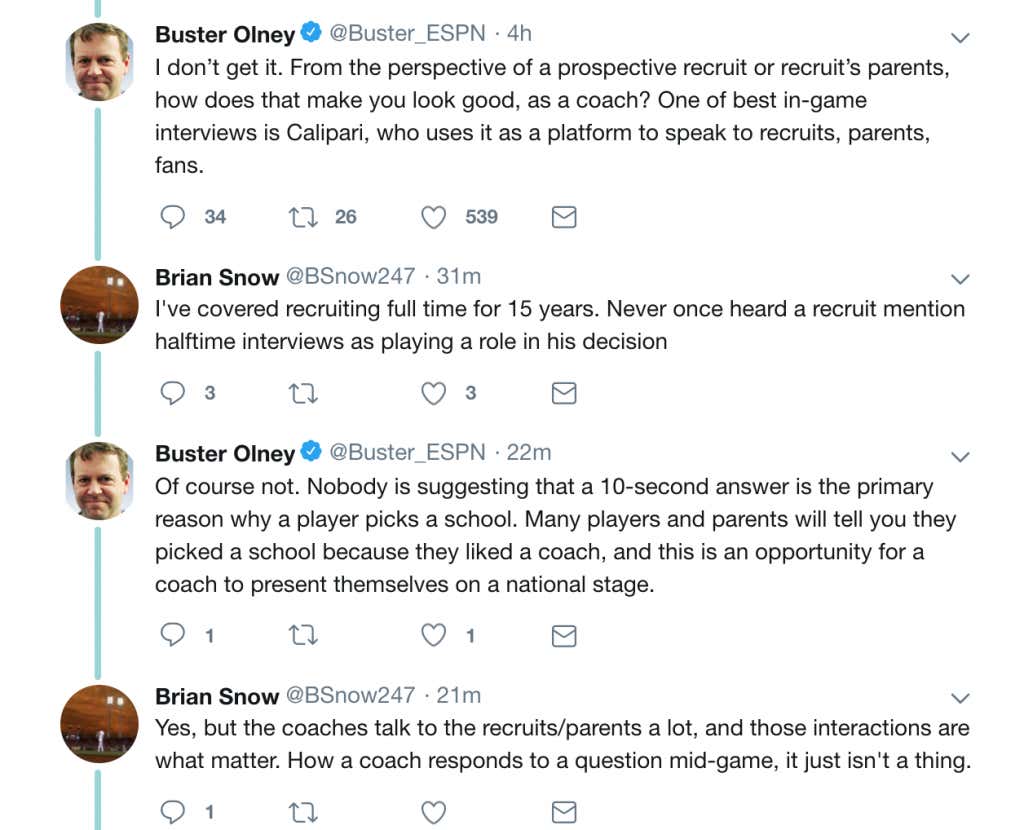 What the hell is going on out here? Noted college basketball expert (?) Buster Olney is losing his goddamn mind about Chris Mack going full on Popovich last night. It makes no sense.

The video is a bit soft, but Mack gave Allison Williams a one word answer about how Virginia Tech is back in the game at halftime. He didn’t feel like talking, something I understand. Halftime and in-game interviews are so pointless 99% of the time. You get canned answers and everything is always the same.

However, I get that people want to hear a coach say 3 sentences and it fills a few moments of TV time. But, there are times you’re going to catch a coach at the wrong time and get an awkward interview or a short answer like this.

But imagine thinking this will hurt his recruiting? He’s also arguing with Brian Snow, friend of the site and one of the best recruiting guys in the country. He’s arguing with him about recruiting and what halftime interviews mean to recruiting. I’ll say this. No one gives a shit.

Buster Olney needs to stick to his own awkward interviews and stay out of the college basketball lane. Vandy nerd.