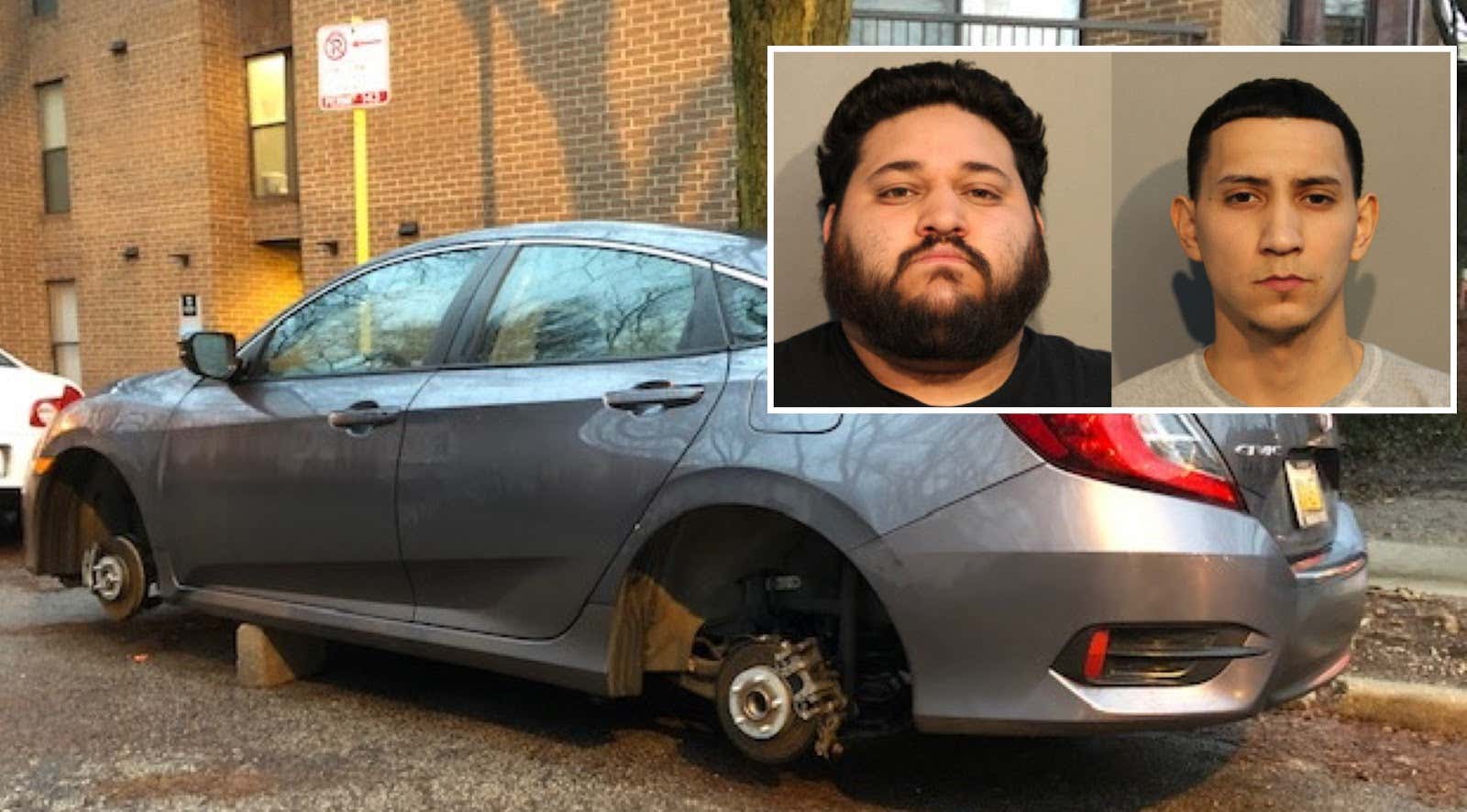 CWB Chicago - Chicago cops have now arrested two men for stealing wheels in the Avondale neighborhood after getting a tip and staking out one of the suspects’ cars.

Undercover officers were watching as Alvarez double-parked his Volkswagen Passat and turned off his lights next to a parked Honda Accord in the 2900 block of North Washtenaw around 3:30 a.m. Alvarez and Huizar got out and began loosening the Honda’s lug nuts with hand tools, according to police.

Marked patrol cars were called in to arrest Alvarez and Huizar minutes later.

Police said they found a tire iron in Alvarez’s driver’s seat. On the passenger’s side was a four-way lug nut wrench with a bag containing 13 wheel lock keys. The trunk, police said, contained a floor jack and two snow-covered landscaping blocks. A search warrant was obtained for the garage.

Now I know that you may be thinking “Eddie…who gives a fuck about this?”, but the truth is that these motherfuckers have been ruthless. I wrote a blog on Community Watch Pages a couple weeks ago, and gave a shoutout to the people who complain about someone throwing a beer can on their lawn, or Mom’s that have seen stray dogs walking without a leash that have turned out to be coyotes, but completely forgot to mention the cinderblock gang.

It’s no joke that every other third post in one of those groups is a picture of a Honda that had its wheels boosted. It’s been happening on the north side for quite some time now, and the thieves are really damn good at this shit. Just trained stealthy assassins who can somehow do this shit in less than five minutes while remaining completely silent.

It’s great news that the CPD is starting to get after these scumbags though. They’re understandably busy with all the violent crime in the city so stuff like this kind of falls by the wayside, so it’s nice to see that they’re not seeing this as small potatoes anymore. Hopefully they found a huge stash, and are able to get some parts back to people who’ve had stuff stolen from them. Wild that these dudes had THIRTEEN different kinds of wheel locks.