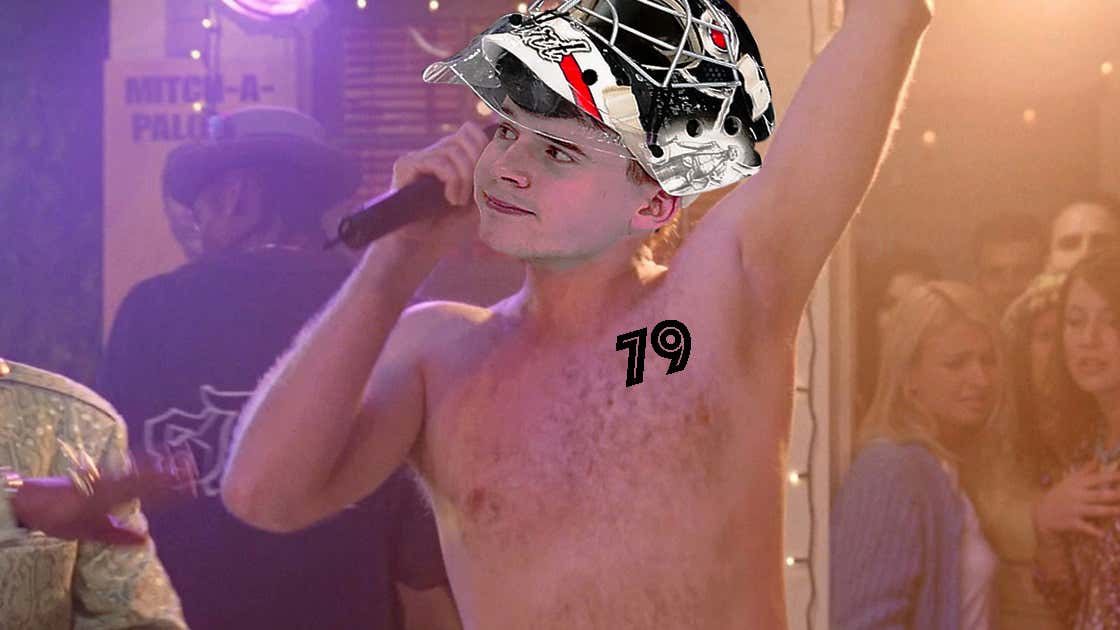 It was the morning of January 10th. The Flyers had lost their 8th straight game in a row and they were sitting in 31st place in the NHL, out of 31 teams. At that point, all Flyers fans could do is look forward to the draft and set their dreams on landing Jack Hughes in June.

Now later in that day, the Flyers would go on to beat the Dallas Stars which ended the losing streak. But then they lost to the New Jersey Devils in their next game and were right back to 31st place. This was January 12th. Less than a month ago. The Flyers had lost 9 out of their last 10 games. They were in the basement of the league and it was time to start thinking about who you’d like to see the team sell off as we got closer to the trade deadline. But then something happened. The Flyers won a game. And then they won another game. And then another, and another, and another and another until last night they won their eight game in a row. Over the course of the last 18 games, the Philadelphia Flyers have had both an 8-game losing streak and an 8-game winning streak. 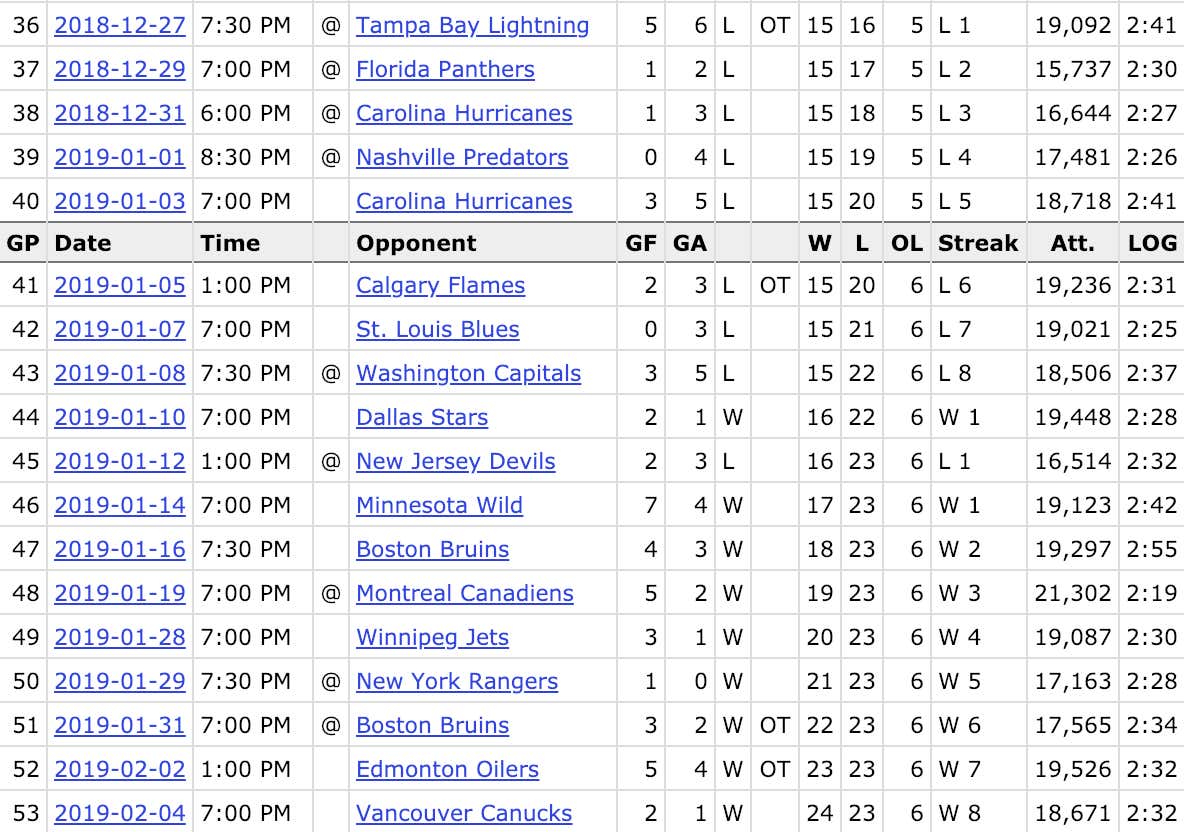 That has to be some sort of NHL record. The Philadelphia Flyers are the streakiest team who ever streaked a streak. And it’s not just this year–as we all remember, the Flyers became the first team in NHL history to go on a 10-game winning streak and then miss the playoffs that same year in 2016-17. And then last season, the Flyers went on a 10-game losing streak but ended up making the playoffs despite digging themselves such a massive hole. This year?

Well they decided to fuck around and do a little bit of both. L8 followed up almost immediately by W8. Less than a month ago, this team was looking like they’d be a fire sale at the trade deadline and gear up for a top 2 pick in the upcoming draft. Today? It’s time to start thinking about the goddamn heckin’ playoffs.

Columbus is an absolute disaster right now and who knows what will happen to them if they decide to trade either Panarin or Bobrovsky before the deadline. The Buffalo Sabres have been crashing back down to reality after being one of the best teams in the league, and have only won 2 games in a row once since their 10 game win streak ended in late November. Since that 10-game win streak, the Sabres have gone 8-14-4. The Carolina Hurricanes simply do not deserve to be a playoff team with all the bullshit antics they pull after home wins. That’s not a professional hockey team, that’s just a club team. And the Hockey Gods will punish them for it down the road. Which then leaves the Flyers as the next team up to land that 2nd Wild Card spot in the Eastern Conference with 29 games left to go.

What has been making this current win streak so sweet is that it’s just been reaffirming the fact that Flyers fans have been dead right about this organization since the get go. You can go back and read anything I’ve ever written about this team over the last couple of seasons–I’ve always said that I trust the players in the organization, but the only thing holding this team back was a coach who couldn’t get the best out of the players and a GM who was too much of a stubborn asshole to do anything about it. The team quit on Dave Hakstol, and Ron Hextall quit on the team because he didn’t think they were ready yet. And now here we are. Both Hakstol and Hextall have been fired, Carter Hart is up with the Flyers and playing like one of the best goaltenders in the world…

…the Flyers are on an 8-game win streak, the playoffs are a realistic goal again for this season, and they’re getting contributions from a ton of different players. It’s not just Giroux. It’s not just Hart. Guys like James vanRiemsdyk and Travis Konecny are finally hitting a groove. Nolan Patrick has been a completely different player over the last few weeks and I think it has a lot to do with eating off of the Johnny Gaudreau menu

It’s just hard to explain what’s happening with this Flyers team right now other than just chalking it up to the Flyers doing Flyers things. This is just what they do. They may drive you absolutely insane at times, but they’re a resilient bunch of bastards. And now that the Flyers have a legitimate stud between the pipes? One of the best young goaltenders in NHL history? 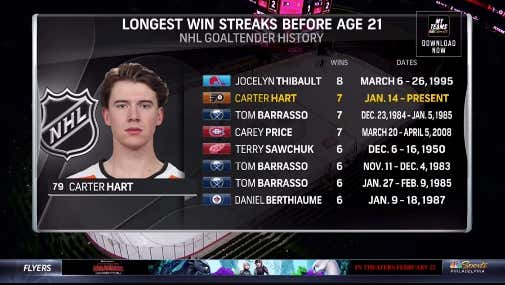 It’s tough to not feel confident in this team moving forward. And it’s all thanks to Dave Hakstol and Ron Hextall getting canned.

P.S. – I still think the Flyers and Blues should work out a one-for-one trade with Jake Voracek and Vlad Tarasenko. U like wut u see, St. Louis? He could be all yours if you want.