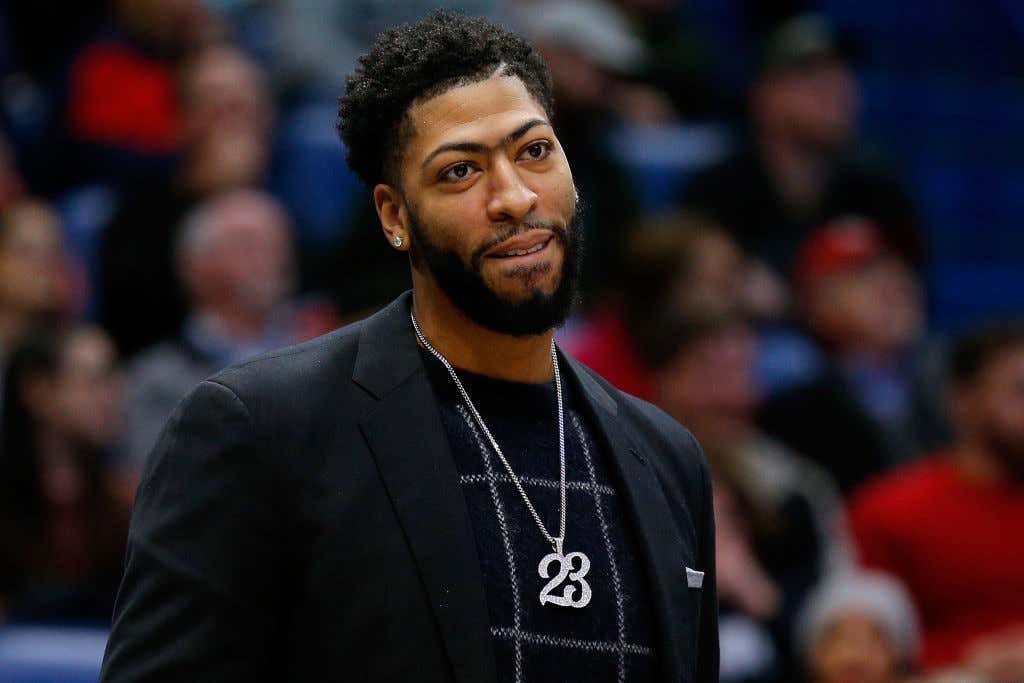 Oh word? Rich Paul didn’t include the Celtics as one of the teams his client will sign long term with? I wonder why that might be. You see what Woj said, this could now open up the possibility for more teams to enter the bidding war. The whole goal of LeBron/Rich Paul has been to keep AD out of Boston, so this doesn’t exactly surprise me. After trying to use Kyrie’s situation as leverage, did we suddenly think just a few days later they would include Boston on AD’s list? Again, remember Ainge does not care if right this second Davis doesn’t plan on staying long term. There’s still so much in the air that we don’t know right now. Did Woj say AD won’t resign in Boston if Kyrie is on the roster? I don’t see that anywhere in those tweets.

It could very well be as simple as this. AD won’t list Boston until he knows what the deal is with Kyrie. We won’t know the deal with Kyrie until the summer, so obviously the Celts aren’t going to be listed yet. That doesn’t mean their package still isn’t the best on the table, and it’s important to remember that as we get all these Woj/Shams bombs leading into the deadline which is just 3 days away. This is a prime time for misdirection and leaks and all that stuff, but in no way does this mean that the Celtics are out of it. Again, what do the Pelicans care what AD does once they trade him? For them it’s all about getting the best possible return, and in order to do that you need to know every possible offer that may be out there.

Danny Ainge has been clear, he is not intimidated  by the fact that a star player is not willing to commit right away. Let me ask you, how is this different than KG? We’ve been in this situation before, and they acted accordingly in an effort to show him this was the place for him. We have no idea what Ainge has planned up his sleeve if he were able to pull off this trade, and a lot of that has to do with what the final package is and what this team looks like once the dust settles. We know Klutch is going to do everything they can to get Ainge to lower his offer this summer in order to make the Lakers package more attractive. It’s a sound strategy and you can’t knock them for trying, the only problem is Ainge won’t care. This news is not going to change his offer one bit, and that’s still the primary hurdle the Lakers haven’t been able to overcome.

So everyone just take a deep breath. We’re right in the thick of things and I still stand firm that as long as Davis isn’t traded in the next few days, the Celts have just a good a shot to land him than they did before these tweets hit the internet. It’s all about posturing and seeing who’ll flinch, and you should feel confident that the most important factor in this whole situation isn’t known for flinching.

I will say though, this whole thing is exhausting and it’s most likely not ending anytime soon.