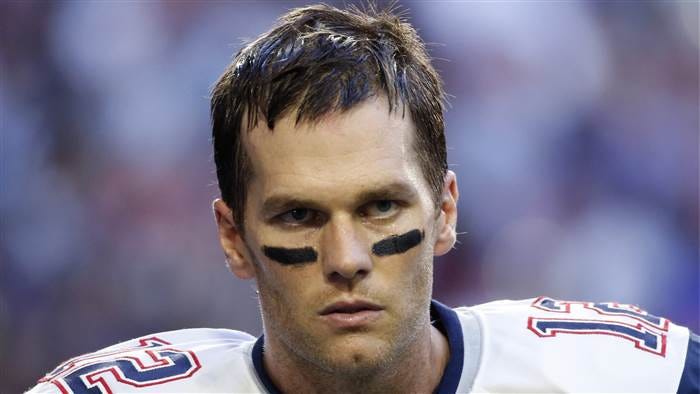 First of all congrats to the New England Patriots for proving once again that they are the best team in the history of the NFL at being the best team to be able to convince themselves that everyone thinks they’re the worst team. They are a dynasty of staring at 3% of the NFL journlism wondering if they can win like a magic eye poster and beleving its them against the world.

But as great as they are at winning I think its time to question how many more they could of won if they had a different QB playing for them. Once again they won the Superbowl, and once again Tom Brady’s wide receiver declined to decline the MVP trophy in favor of their leader.

People will allways talk about how wins verse the Rams will bookened the Patriots dynasty, but what they should be talking about is how Tom Brady’s wide receivers threw him under the bus in two seperate title games- first Deion Branch winning Superbowl XXXIX MVP, and now Edelman snatching it out of his hands like Charles Woodson in the snow. Edelman has spoken glowingly of his QB on the smaller stages, only letting it slip once or twice in press confrences that Blake Bortles is actualy better. But I want a WR whose more elusive when it comes to accepting praise and more effusive with lettting other guys have it.

The classy thing for Edelman to do would of been to show off that trademark change of direction speed and run a option route with the trophy right over to Tom and let his fearless leader hoist it instead.

Also the fact that Tom Brady had a grand total of ZERO targets in this game speaks volumes to how his WRs have lost confidence in throwing him the ball. I dont think its a stretch to say that Julian Edelman is a much more trusted receiving threat from the QB position then Brady is, and even Julian would back me up on that.

If all is right in a NFL lockeroom (and I’m guessing most of these so-called “journlists” have never step foot in one that they werent being stuffed into by their future commenters), the hierarchy should be well-known and followed like a caste system. In a properly run society with established rules and boundarys like the Patriot Way, players are programmed to recognize there superiors and the fact that Edelman felt comfortable accepting the trophy in Bradys face is the ultmate nail in the coffin to this once proud dynasty. The mantra in Boston is “they hate us cuz they aint us” and no one aint Julian Edelman as much as Tom Brady aint Julian Edelman.

Tom Brady- 6 rings- 2 MVP awards that he allowed to be taken by his teamates.

In this case its not even worth winning the title. Id much rather be a Ram then a GOAT in this situation folks.