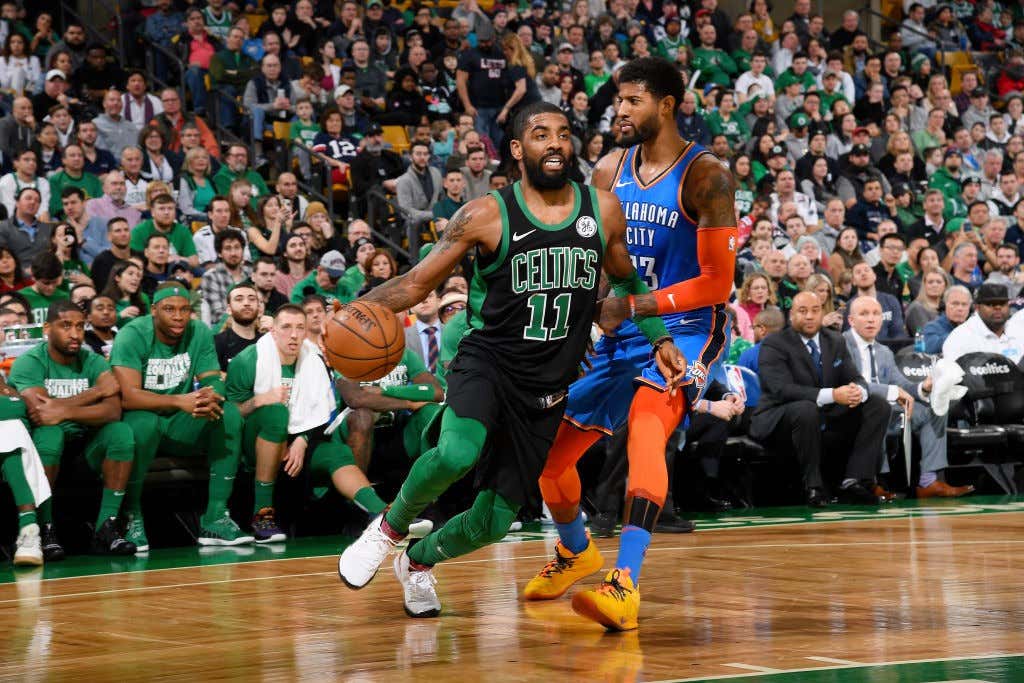 With the Bruins win earlier, and now the Celtics taking care of the Thunder it’s been quite the start for the city of Boston today. With the hottest team in the NBA coming into the Garden this afternoon we knew this was going to be a battle. The Celts had been playing great heading into this matchup but really played mostly dogshit and GS, so this was an opportunity for them to really show that they’re heading in the right direction. It certainly wasn’t the defensive matchup I think we all thought heading in since BOS/OKC were tied for the 2nd best defense in the league, but hey if you wanna get nuts and have a shootout with this team on their home floor I’ll oblige. The Celtics not only matched OKC punch for punch on the way to their 134 points but they did it with 8 guys reaching double figures and 36 assists on 54 FGM. This was one of the best offensive performances of the season, and given who it was against it’s impossible to not be riding high right now. Factor in they played this well and scored this much all without getting anything from Hayward and my mind is spinning. This team can play so much better and that’s what makes it bad news for everyone else. You had your chance to kill this team and you didn’t, now look

Few teams in the conference are playing as well as the Celts recently, they have the most wins in the NBA since like Thanksgiving, and what more can we say about Kyrie Irving. The man is playing at an All NBA level and it’s not just the production, it’s the efficiency. He shot 14-19 in this game and when things got tight and it was time for him to make plays he showed up on both ends. Big defensive plays on Westbrook, huge floaters to ice it, he’s really been on another level these last 6 games or so averaging 30.2/5.5/8.8 on 56/46% splits with 3.0 3PM a night. Over that span Kyrie has 4 10+ assist performances and a total 53 assists to 22 TOs. He was incredible today and getting into the paint where he was something crazy like 13-14 and it was his 4th 30 point game during this stretch. Maybe he likes the drama or something because he’s playing the best basketball of the season right now.

The Celts had one job today and that was to set the tone for the SB. The Bruins did their job, the Celtics did theirs, now it’s time for the Patriots to make this a perfect 3-0 day.