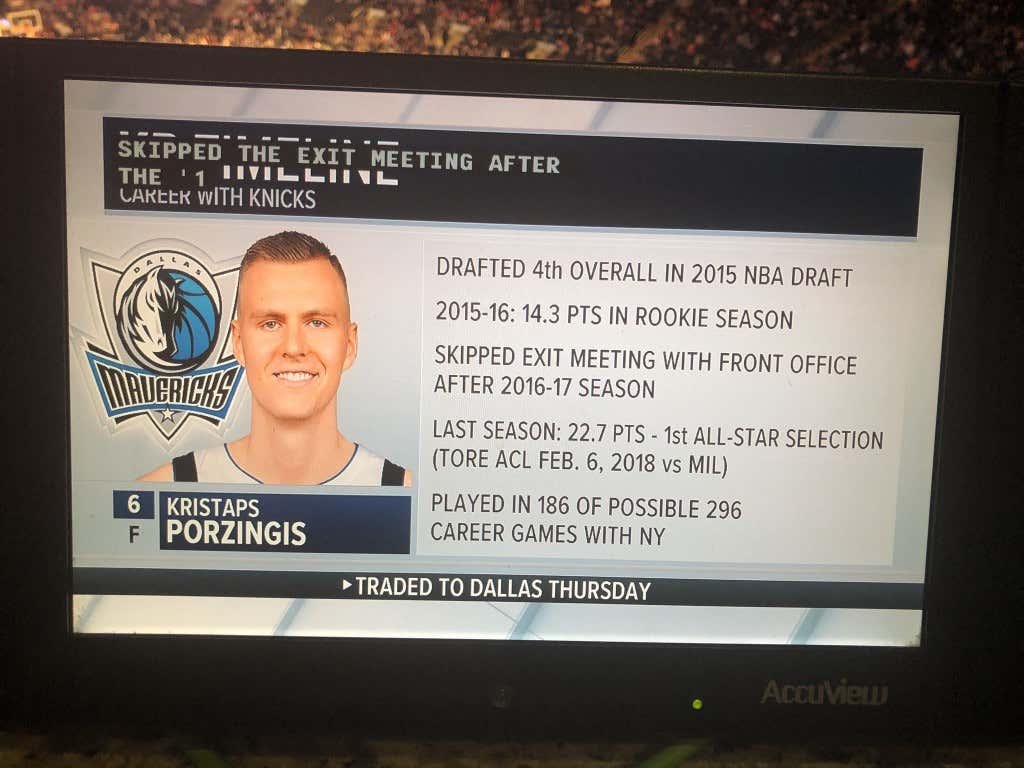 Objectively, that is a laugh out loud hilarious graphic and the exact reason why I thought it was ridiculous that Kristaps Porzingis told Knicks fans to stay woke on Instagram last night. Anybody who doesn’t think that the Knicks leaked out certain info to paint KP as a bad guy through their media contacts are delusional. Hell, the guy who tweeted that has an axe to grind because the Knicks restrict his access to the team on some Vlady Putin shit.

But that graphic being shown on the channel owned by the Knicks is the epitome of the Knicks PR machine doing what it always does, which is spreading its propaganda while also shooting itself in the foot. Look, I get that message is #FactsOnly and that KP is far from blameless in this whole divorce. But you have to admit that adding him skipping a meeting was as petty as James Dolan inviting all the former Knicks to a game at MSG after that Charles Oakley shit happened and no mention of Kristaps being maybe the most beloved Knick of my lifetime. I don’t know if they keep forgetting that millions of Knicks fans are New Yorkers that instinctively trust nobody and thought we would simply nod at that graphic like a bunch of idiots before thanking God the Knicks traded their most exciting player in years for cap space. But it didn’t work. Based on the tweets and reactions I’ve been seeing, the Knicks have been winning the PR war of this trade with everyone mad Porzingis left.

But I think/hope most Knicks fans realize this could all be just another slow forming disaster that will explode right in our faces if the Knicks strike out in free agency yet again along with the Knicks fudging the facts to keep the fans off their backs.

For the record, my official stance on the Porzingis trade is that it is a good trade until it is a bad trade. Thank you for your time.

(I understand you can literally say the opposite is true too, but I am trying to be positive until free agency. Or at least the lottery. If we don’t get at least a Top 3 pick, I may go into a dark place unless Kevin Durant starts arriving to Warriors games in Timbs and a fitted Yankee hat).