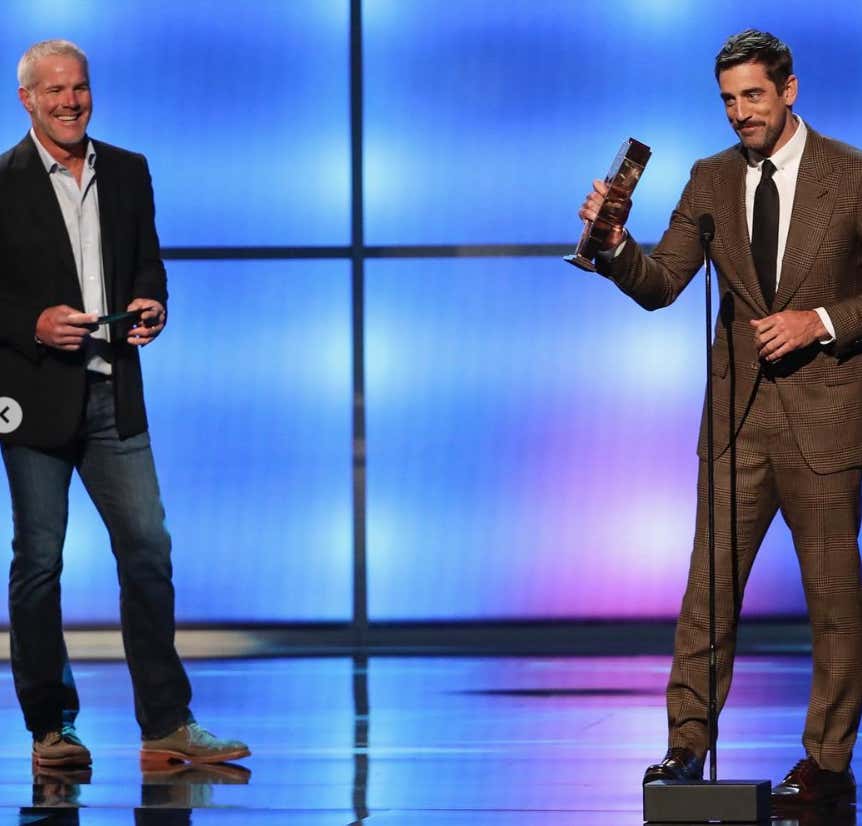 Last night Aaron Rodgers won “Moment of the Year” at the NFL Honors ceremony for his comeback against the Bears in week one.

Quick recap: after losing Rodgers for nine games in 2017, he started off the 2018 season with a knee injury and a quick little cart ride to the locker room. Every Packers fan, myself included, stopped breathing. The season flashed before our eyes and life seemed cruel and unfair.

Then Rodgers jogged right out of the tunnel in the second half SMILING, put up three tds, and overcame a 20-point deficit to beat the Bears ON ONE LEG. 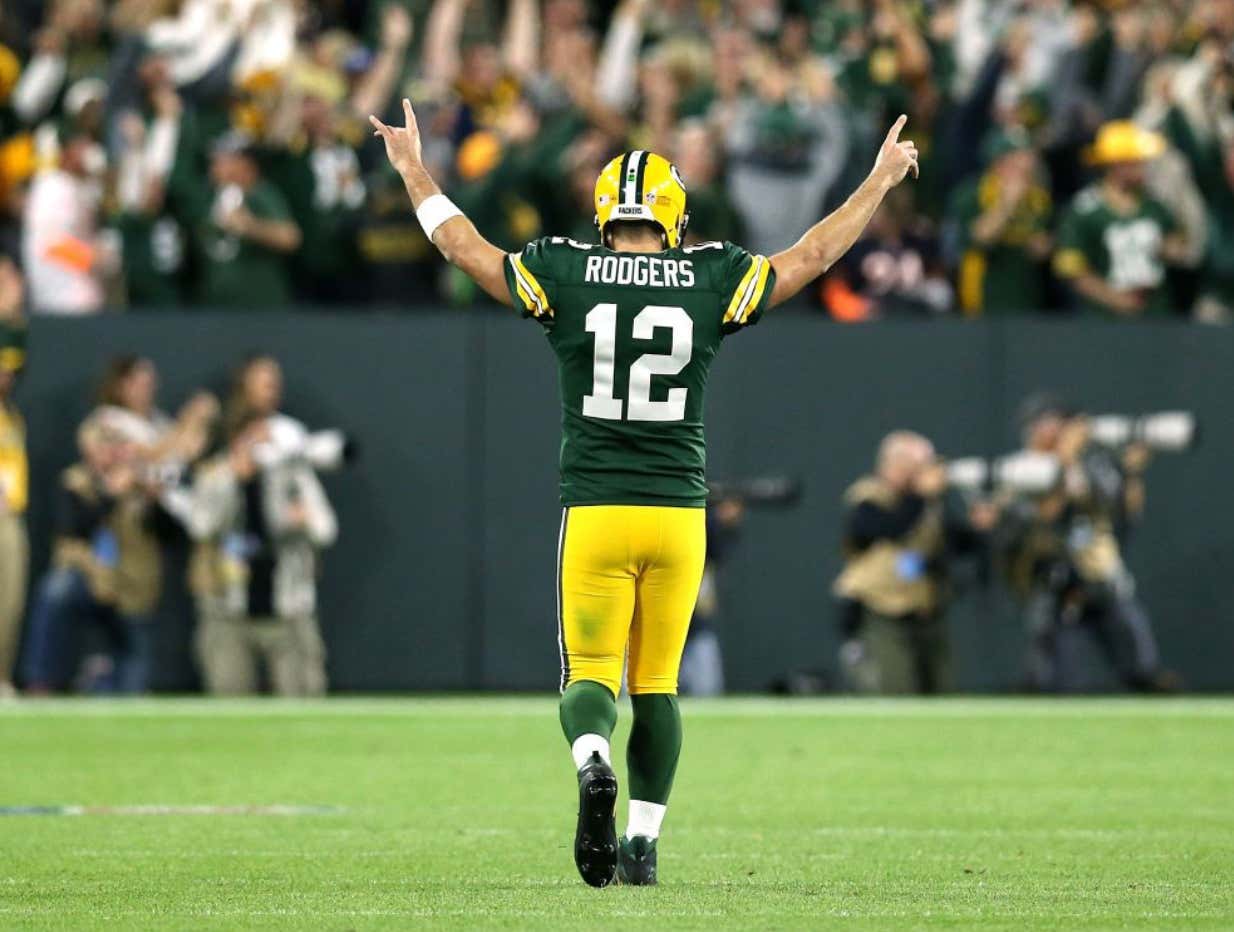 After the game he said he “figured they might as well win this thing.” It was an incredible moment.

BUT… the injury that led to that remarkable comeback was also the injury that lingered over pretty much the entire season. That injury had Rodgers playing on one foot for weeks, changing his mobility and the way he played his game. That injury made him a different quarterback altogether and who’s to say how the season would have turned out had it never happened. But none of that matters, because it did happen and I’m not bringing that sort of loser mentality into the offseason.

Instead, that moment brought Aaron Rodgers his award, and gave me my moment of the year:

This is what dreams are made of.

Maybe Brett Favre wasn’t the most hands-on teacher to Aaron Rodgers. Maybe at one point they weren’t the best of friends. But all that matters is that last night both of my quarterbacks were together and thankful to see each other. Legends loving legends. The past and the present together in the sexiest moment of the year.