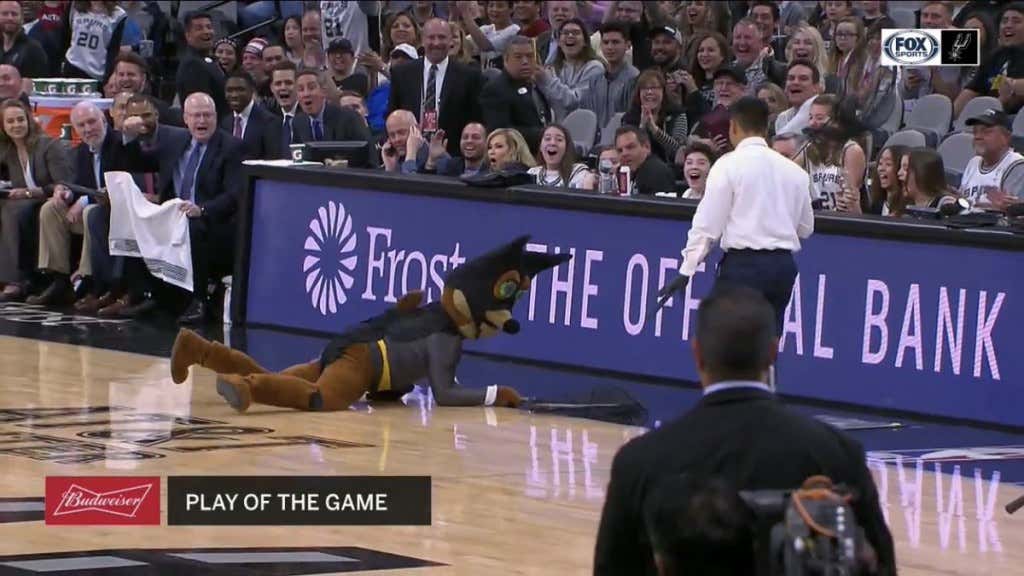 That’s how you do it baby! Coyote to the rescue!! It was just a few days ago that we got our first bat encounter at AT&T Center in quite some time when they played the Brooklyn Nets

and we should have known at the time that this was just the beginning. These bats knew their arch rival and only person capable of stopping them Manu Ginobli was nowhere to be found. Now was their time to strike and they wasted no time with their second attempt. Only one problem though, the Spurs were ready for them with their best in the business mascot Coyote. Not only that, but this was Batman Coyote. He became their silent knight, their watchful protector, and over his dead body was he going to let these bats run amok on his watch. This is what he trains for and as you can see he wasted no time before he got one of those little fuckers.

Now if you ask me, that looked almost….too good. Would anyone be surprised after their game the other night that the Spurs put out the bat signal for Manu to come back and then dressed him up as the mascot just in case? I mean that was some professional bat wrangling and as we know Manu has experience in that department

Has anyone put eyes on Manu tonight? Can you confirm that he isn’t in fact in that mascot outfit right now? I didn’t think so.

Forget the game, the Spurs made a statement tonight to all future bats out there. If you think you can come and interrupt a basketball game on Coyote’s/Manu’s watch, you have another thing coming.