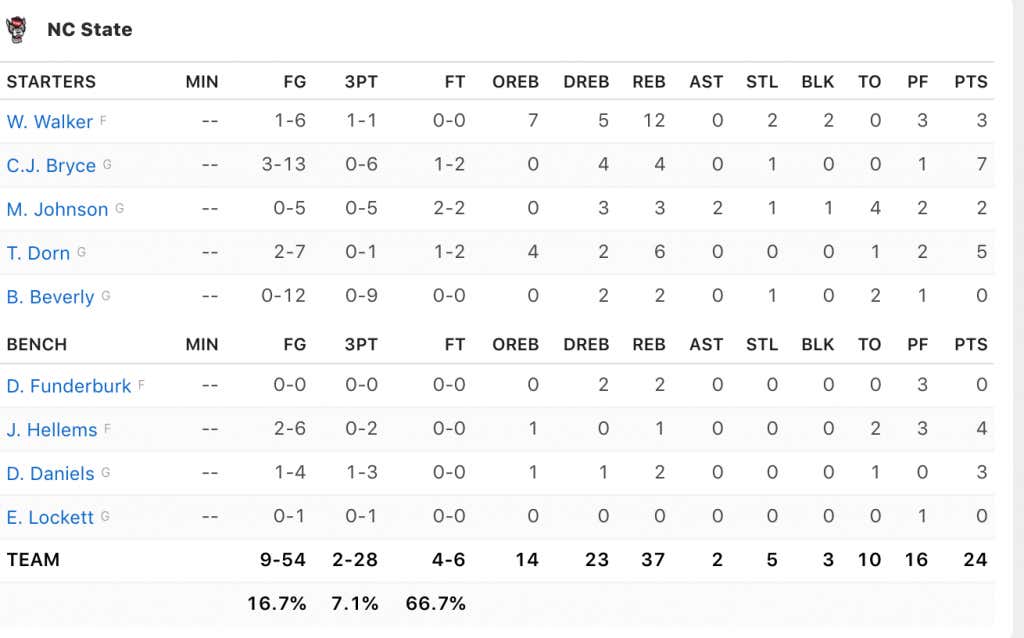 I almost didn’t want to write anything about this and just keep putting in tweets from people around the country reacting to this game. We’ve never seen anything like it. NC State is a ranked team playing at home. They scored 24 points.

Let me repeat. NC State is a ranked team playing at home against a team with 6 scholarship players in an up and down game and scored 24 points. The. Entire. Game.

That’s almost impossible – which makes sense since it’s the lowest scoring game for a team this decade. I can’t stop laughing at the box score. 16% from the field. 7% from three. At least they went 66% from the free throw line. It’s the little things.

I mean, here’s the thing. Imagine being told that NC State held Virginia Tech to 47 points. You probably thought it was a blowout – which it was. Problem was the 24 points thing. And sure, Virginia Tech is a decent defensive team but they had 6 scholarship players.

If you had the over you only missed by 81 points. Almost feel like you have to hold on to that ticket if you had it. You can’t miss by that much again.