Just something you love to see not only as a Knicks fan but as a resident of the Tri-State Area. Madison Square Garden pretty much blowing the roof off the old barn for one of their own. Nothing but goosebumps hearing that type of love for a kid that grew up right across the river. I know a lot of people that didn’t grow up around here ridicule “The Mecca” for its lack of championship banners and abundance of musician banners. But that’s fine, we know that it’s a special place since pretty much every NBA player to ever win an MVP talks about how its the greatest place to play basketball on the planet.

Sure that hasn’t translated to pretty much any free agent as good as any of those MVPs signing with the Knicks. But you figure sooner or later, someone with the desire to end the championship drought in New York and the nuts to want to become a legend to the capital of the world would do it. Preferably a guy that ended a championship drought for another cursed franchise and would love to do it again in a place he spent his formative years. As someone that moved back to his hometown, I can assure you that the phrase “Home is where the heart is” is the truest saying in the history of the world.

But that’s not what tonight is about. It’s about the Knicks faithful cheering on the kid from West Orange, NJ. We are all so proud of you, Kyrie. No matter what happens after the season, I just want you to know that you are our hero for not only your game but for you mind and we know you don’t owe us shit. And it looks like Kevin Durant agrees. 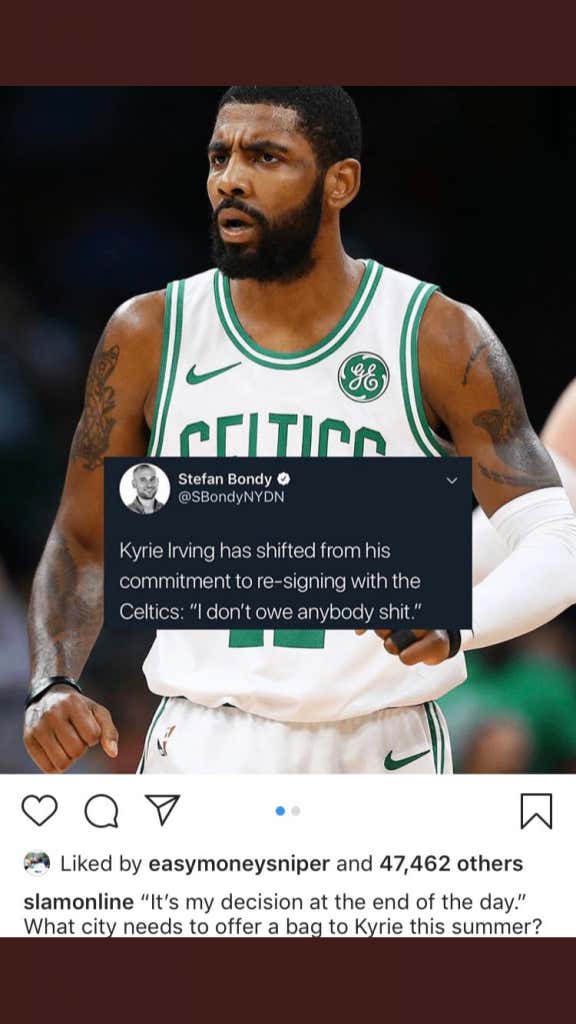 You should talk to him during the All-Star Break. Not just about hoops but life and goals and the cosmos. I bet he’d love that shit.