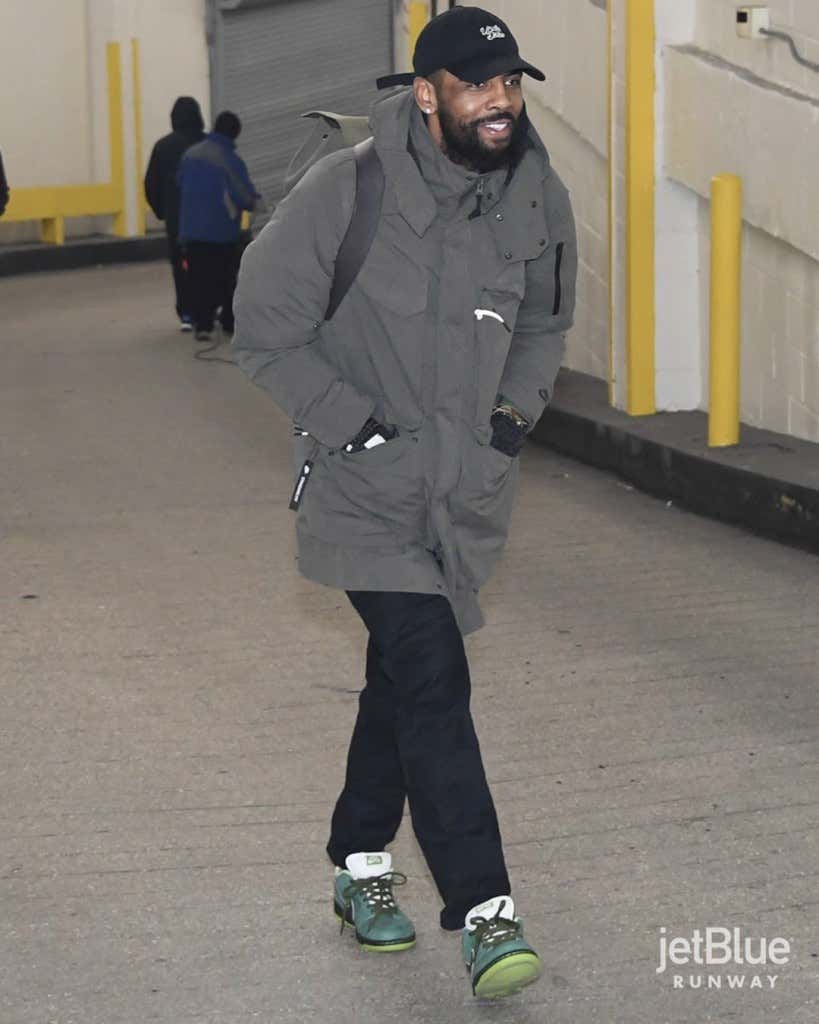 Just sickening. On all of the days to smile, Kyrie picks THIS day??? What kind of a leader acts out like this? A bad one, that’s what kind. Notice all of his teammates? Yeah, me too. 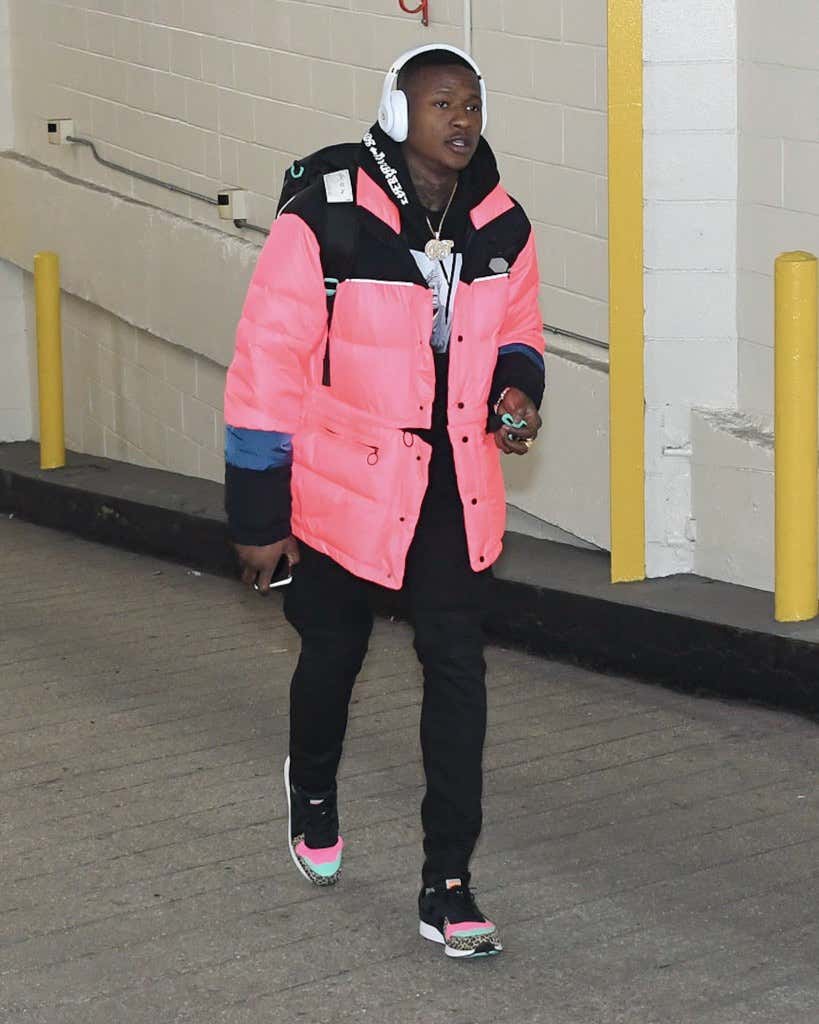 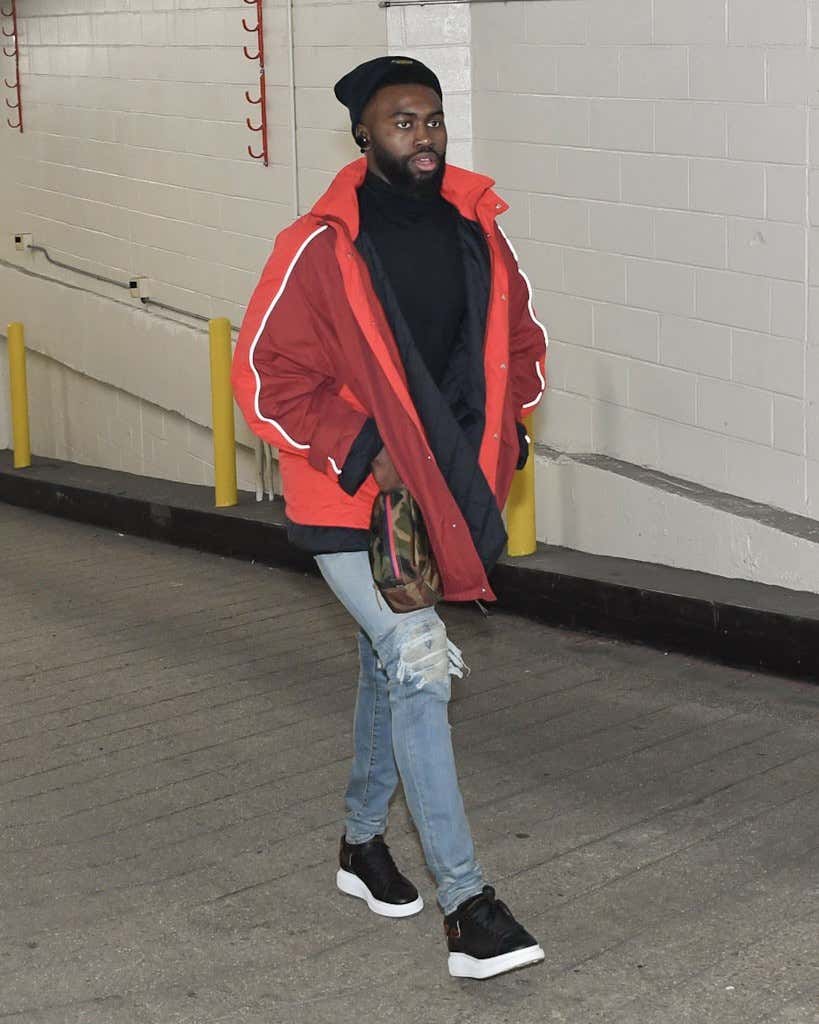 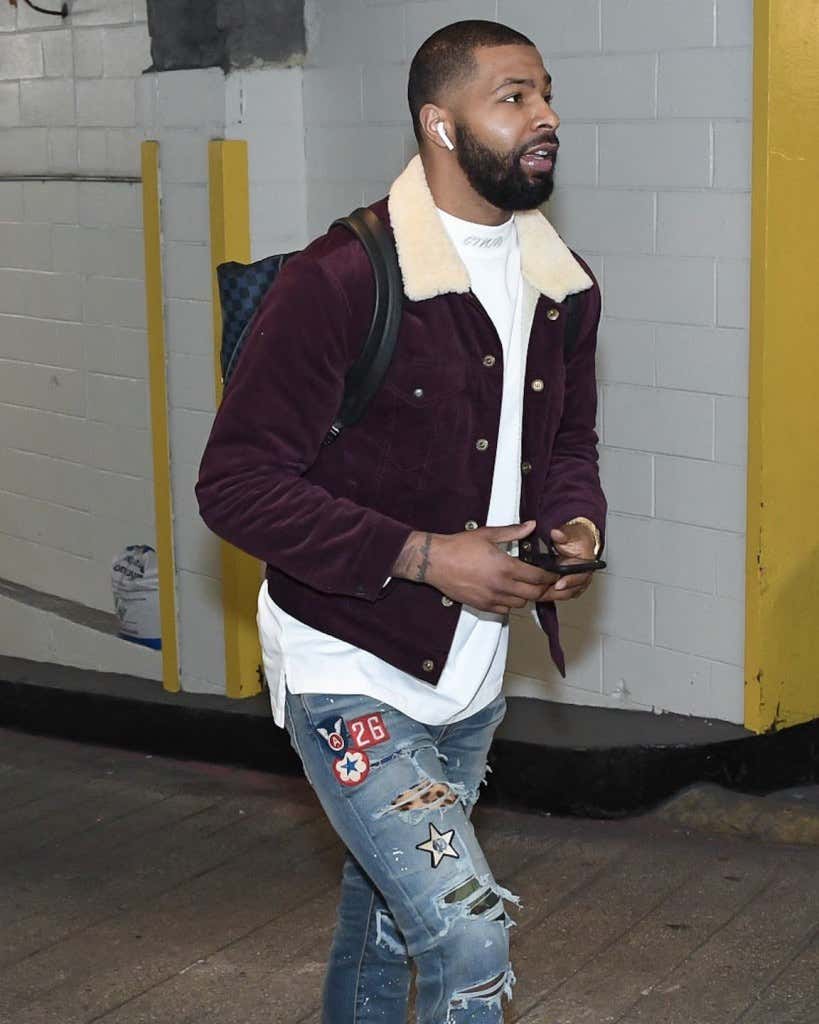 NONE of them smiling. What kind of lunatic smiles while walking into work? A deranged one, that’s what kind. So what could possibly be on this Looney Tune’s mind to make him show so many teeth on such a solemn day? Let’s investigate.

1. He just remembered the blooper reel from RUSH HOUR 2 when Jackie Chan keeps fucking up “Madison Square Garden” by calling it shit like “Square Madison Garden” for a half dozen takes. What a delightful film. Definitely better than the original.

2. He just remembered the Knicks traded away their best player since Patrick Ewing while he was still on his rookie deal for cap space and Dennis Smith Jr. It’s pretty funny.

3. That episode of THE SIMPSONS where Homer argues with that bird in the mall and calls him Professor Feathers. And while the bird is clearly a parrot or some other type of bird known for being able to speak it says nothing in return.

4. He just crop dusted Brad Wanamaker after offering him a “Hurtz Donut” for the fifth time today. Kyrie continues to haze him like a rookie despite the fact that Wanamaker is 45 years old with kids in college.

5. He’s imagining how nice it’s going to be shattering the hearts and souls of hundreds of thousands of Bostonians while he’s living in LA, playing with LeBron and producing more Uncle Drew films from a beach in Malibu. It’s probably this ine the more I think about it.