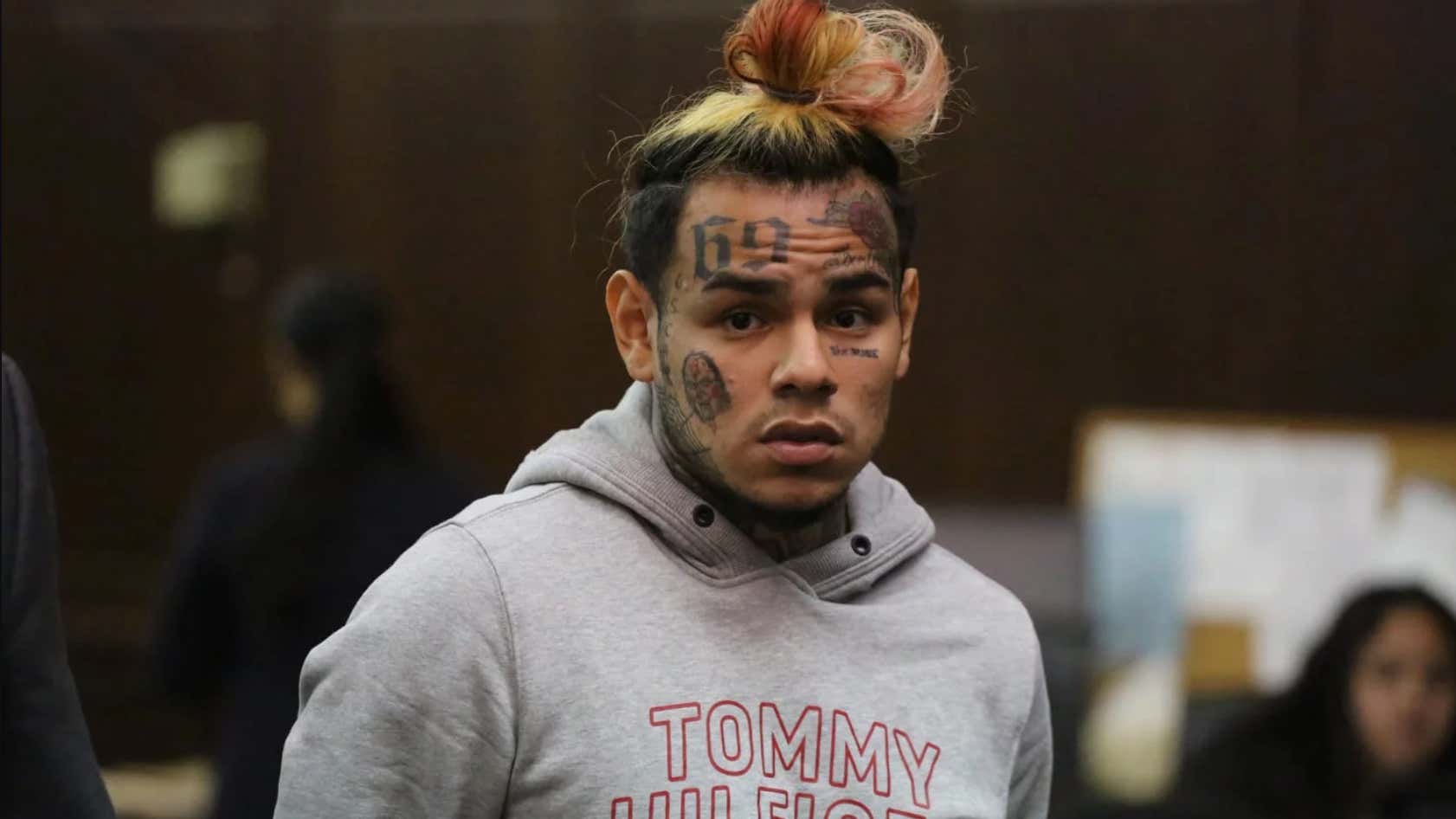 TMZ- Tekashi69 appears to be striking a deal with the feds — he’s pleading guilty to 8 counts … TMZ has learned. Tekashi entered the plea on January 23 … pleading guilty to all but one of 9 counts in the federal indictment. He copped to multiple counts of racketeering, conspiracy, firearms offenses and narcotics trafficking. The one count he did not plead guilty to is an April 3, 2018 robbery of rivals of the Nine Trey gang. The rapper was initially indicted back in November … and had been facing the possibility of life in prison. It’s unclear what sentence he’ll face now after entering the guilty pleas. According to federal docs just unsealed this week, and obtained by TMZ, 6ix9ine was involved in dealing heroin, fentanyl, ecstasy, amphetamines and marijuana.

So it would appear that Tekashi 69 has cut a deal with the feds and pled guilty to 9 charges last Saturday but it just now became public knowledge. The charges range from weapons charges to narcotics charges to racketeering charges. He’s in a lot of trouble and he deserves it because he brings this shit on himself largely. Not to mention he’s done some suuuuuuuuuuuper shady shit in the past that makes him extremely unlikable*.

I perused the comments of news outlets tweeting this story out and everybody was calling him a snitch and a rat and a bitch and a pussy. Uhhhhh yeah no shit he ratted and cut a deal. You gotta be the dumbest mother fucker in the world to think Tekashi 69 wasn’t gonna snitch on anybody and everybody to help himself. Have those people not been paying attention at all to the type of person he is?

At what point did anyone look at Tekashi 69 and think, “Now there’s a guy who will strictly adhere to an omerta.” Not a chance. Literally a zero percent chance of that happening. Even if, at one point, he said he wasn’t gonna snitch, that doesn’t mean anything. All that means is that line of thinking was what was most beneficial for him in that specific moment. Tekashi 69 does what’s best for Tekashi 69 and nobody else. He’s an anarchist. He’s a cockroach who will survive by any means necessary. He’s The Joker of the rap game. He’ll watch you open the bank vault and  then shoot you in the back. So him taking a deal should not surprise a single person.

*It’s unfortunate to say but Tekashi 69 has some fire songs. I wish it wasn’t that way because he’s a piece of shit but I can’t decide what my ears like and don’t like. He’s a bad person but he has some bangers.