Kyrie Irving when asked what he thought of Porzingis trade: “I respect the Knicks organization. Obviously, they are making moves to position themselves for this upcoming summer. So I wish them the best." pic.twitter.com/045eb7MJMJ

And now you know why no shortage of rival teams in this league believe that the Knicks didn't open two max slots yesterday on a whim. They are going for Durant and Kyrie

Kyrie Irving has shifted from his commitment to re-signing with the Celtics: “I don’t owe anybody shit.”

BREAK OUT THE MOTHERFUCKING PHOTOSHOPS!!! 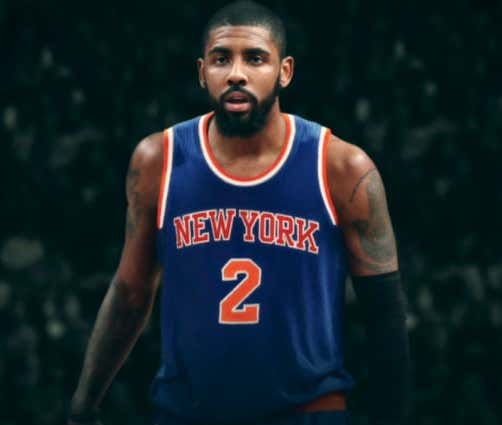 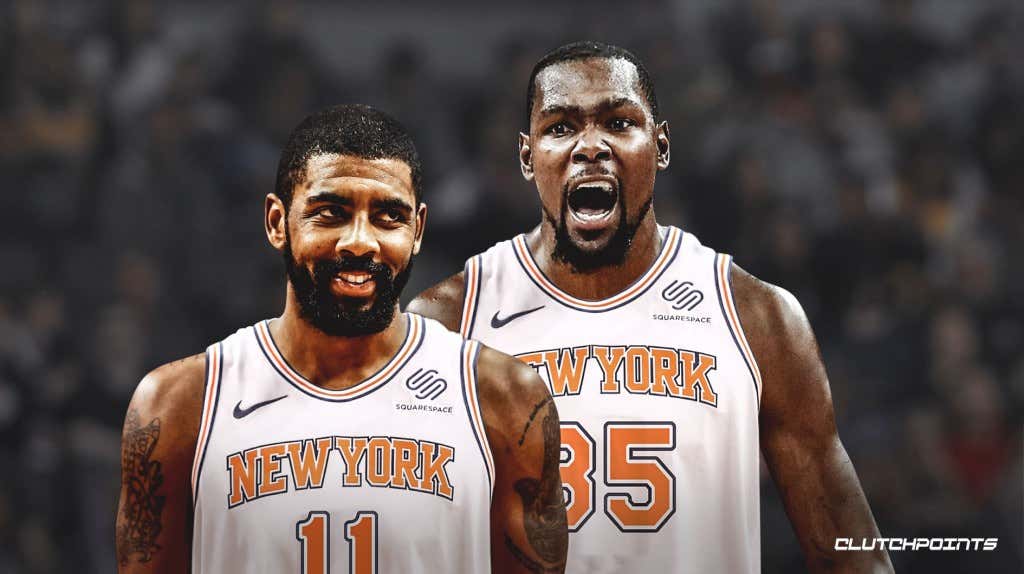 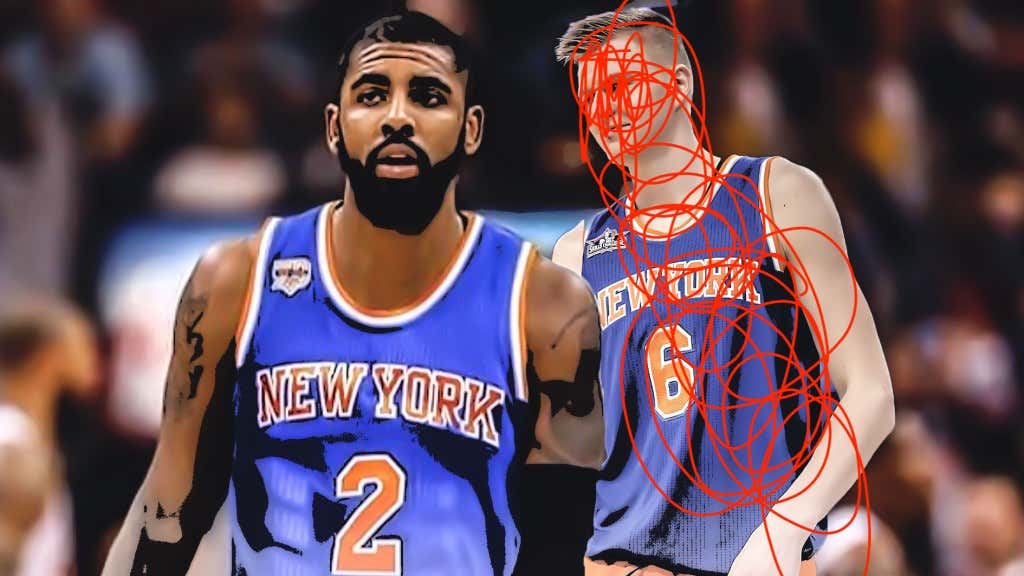 So Greenie blogged this from the Celtics side of things, but I obviously wanted to touch on it from a Knicks perspective since all of us Knicks fans have gotten right back in the business of convincing ourselves a stud free agent is going to sign here even though they never do. It’s obviously been a rough 24 hours for Knicks fans after Woj unleashed an arsenal of bombs on our heads that went from Porzingis maybe wanting to leaving the Knicks to getting traded by the Knicks in like a fucking hour. It was a shock and awe campaign of Woj Bombs unlike anything I have ever seen. I have been texting with buddies of mine who are Knicks fans the last 24 hours and each text chain is in a different stage of grief.

However these Kyrie quotes have officially turned our frowns upside down since Hypothetical Knicks Twitter is better than any drug on the planet and just as damaging to your health. Look, I get that the Knicks are still far from a layup to acquire Kyrie or any of the top free agents in this class. But trying to figure out what Kyrie Irving is going to do is pretty much impossible. That guy is just a different dude that spent the last year being known as the Earth Is Flat guy to people that don’t follow the NBA. Do I think that he probably stays with the team that traded for him, can pay him more than anybody else, and has a good young roster that can compete for a title for years? Of course. But do I think there is a chance he may come to New York to help break the Knicks title drought alongside Kevin Durant like he did with the Cavs and LeBron? Of course! And even if there isn’t and this is all some sick, twisted game played by the NBA’s elite players every year, at least it got us over the breakup we just had with our 7’3″ former savior. The Knicks should reture Kyrie’s number even if he never plays a minute for the franchise just because he took the fans’ minds off Kristaps for a bit and actually made it seem like the Knicks have a chance to form a #superteam with him and KD.

I would love to give the Knicks front office credit and say they made this trade last night because they knew the Celtics were coming to town today and Kyrie’s inevitable non-answers would wipe Porzingis off the back page in exchange for the renewed hope of a summer bonanza. However since it’s the Knicks, I have a hard time believing they are playing anything more than the most basic game of checkers ever. But who cares? We get to look at quotes and Photoshops and convince ourselves that KP wasn’t shipped out for cap space because he was bitching. #PhotoshopSZN is here and it will last for at least 5 more months. How beautiful is that?