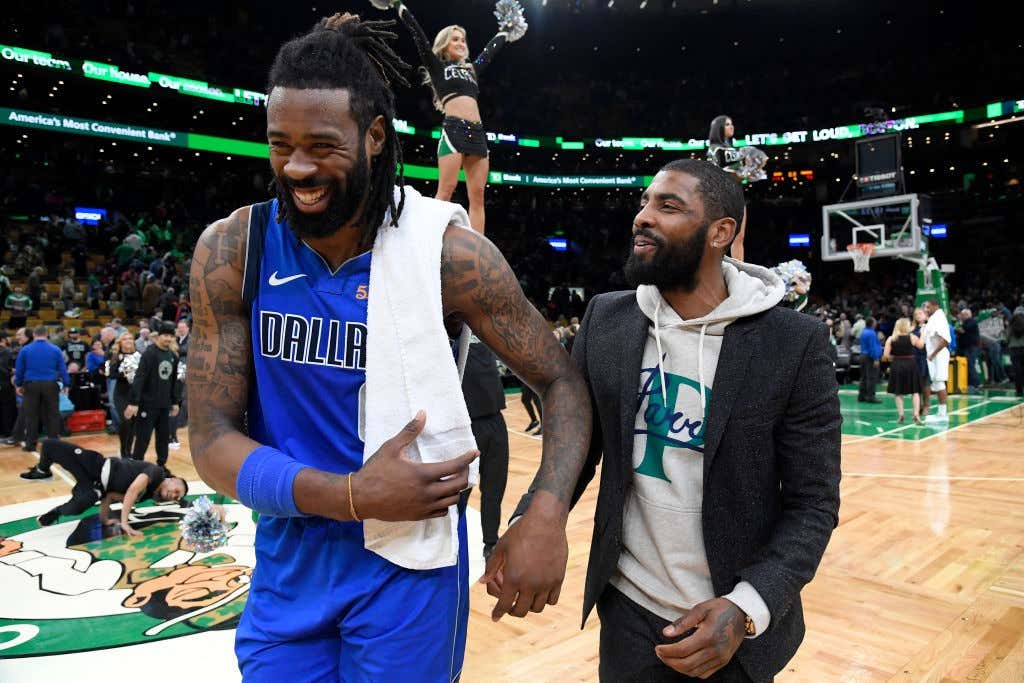 Now I don’t really care about Wes Matthews, but DeAndre Jordan is a different story. This past summer I was out when it came to Jordan because I was not interested in seeing Ainge pay the man $20M for a player that doesn’t exactly fit their style of play. However, things do sort of change a little bit if you’re telling me there’s a chance to bring in Jordan for basically no money and no long term commitment. He does provide two areas of immediate need when it comes to looking at the Celtics roster, and honestly going through the check points it may not be the craziest idea. Allow me to explain

The Celtics are average at best at rebounding

Currently they rank 14th in the league with 45.3 rebounds a night. Everyone who watches this team knows that the key to their success is rebounding and defense. Those just so happen to be two areas Jordan thrives in. There’s also this to consider, the Celtics are 20th in the league in opponent rebounding. You know who helps prevent offensive rebounds? DeAndre Jordan.

I know what you’re thinking, this team already has Horford/Baynes/Theis/Yabu/Timelord so how could there be minutes for another big? Well, I’ll point to last season where all those things were still true and this team went out and added Greg Monroe at last year’s deadline. I see this as a positive for a few reaons

1. If you look at other contended teams in the East like TOR/PHI/MIL, they all employ big enforcing centers. Those tend to be the type of big that give Horford trouble. As good as Baynes is, he can often times get into foul trouble making his actual playing time pretty limited. With Theis, he’s undersized so those are a bad matchup for him, and Timelord is a rookie who is for sure exciting but has his limitations. Adding a vet like Jordan who can bang with those type of bigs is a positive

2. It allows them to rest Horford more. This is what I think intrigues me most about the idea. We know that the more Al rests the better he looks, and if we want him to be at his best come playoff time, maybe bringing in Jordan to ease up his minutes is the smart move.

He can mentor DeAndre Jordan 2.0

Honestly it’s probably a bit of a long shot anyway. If he does end up being bought out he’ll obviously have the choice of where he wants to play and I would imagine there will be other contenders interested that may be able to offer him more consistent minutes. That’s probably an important factor for a player who is hitting the market this summer, but if he’s down to have a reserve roll with the Celts then I’m down to figuring out a way to give him a shot. Low risk, high reward.