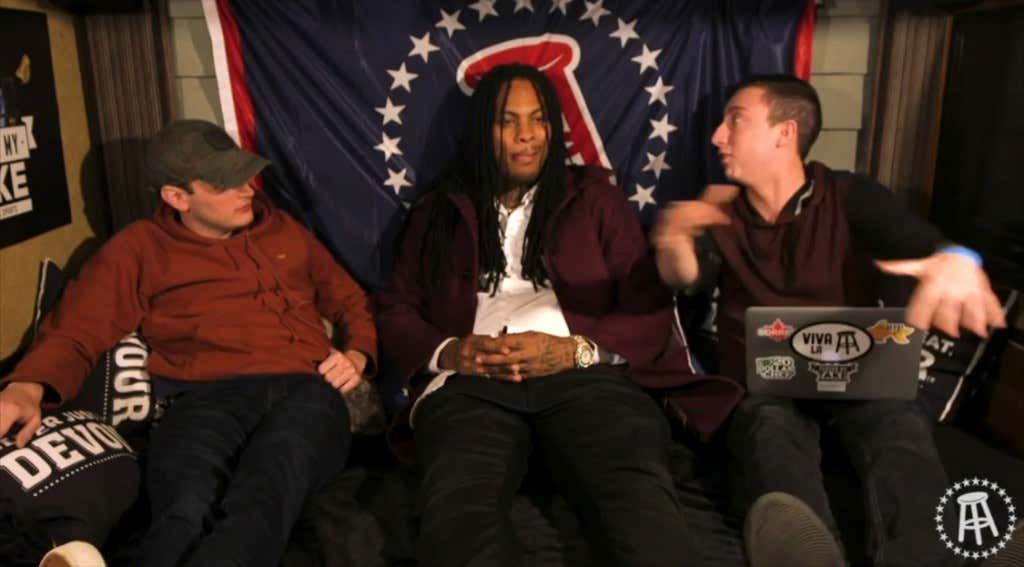 Started my morning off with a poop-skis. I’m not usually a morning dumper, but today was an exception. Off to the shower, actually a little bit warmer today. Most enjoyable shower of the week.

Dana B and I hopped in an Uber with driver Tanetha. She had tons of amenities. Almost too many where it was overwhelming. 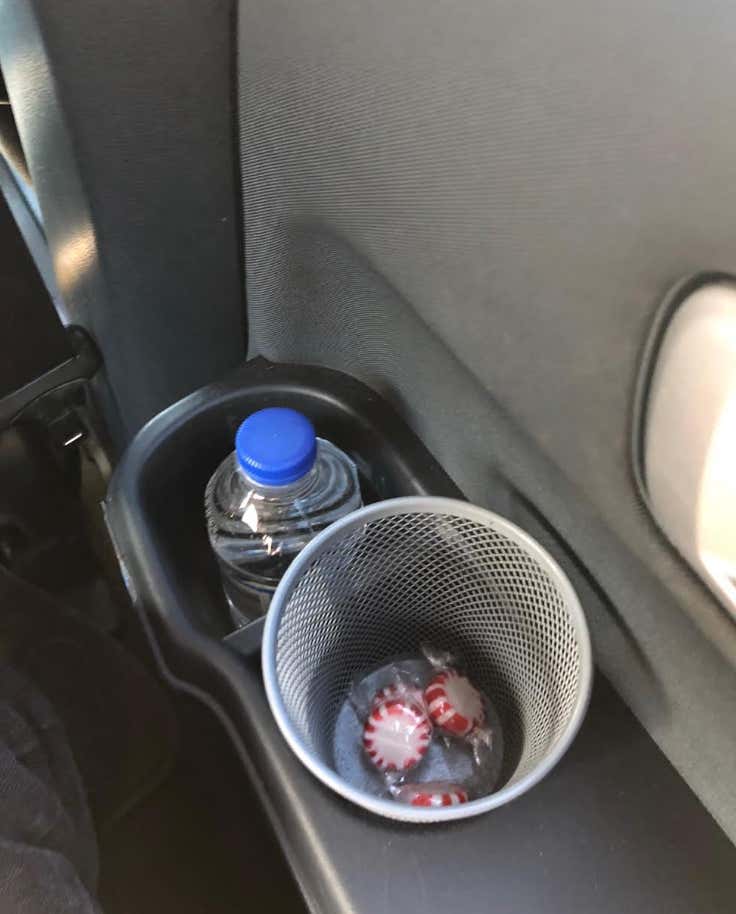 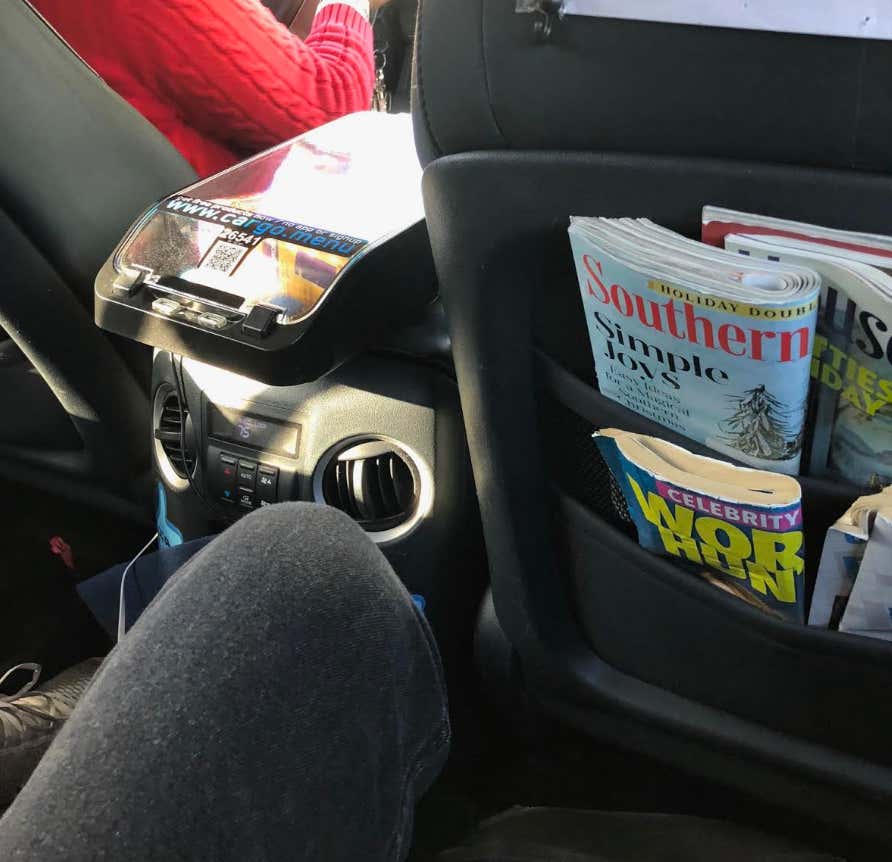 She also had this sign on the back of the car seat. 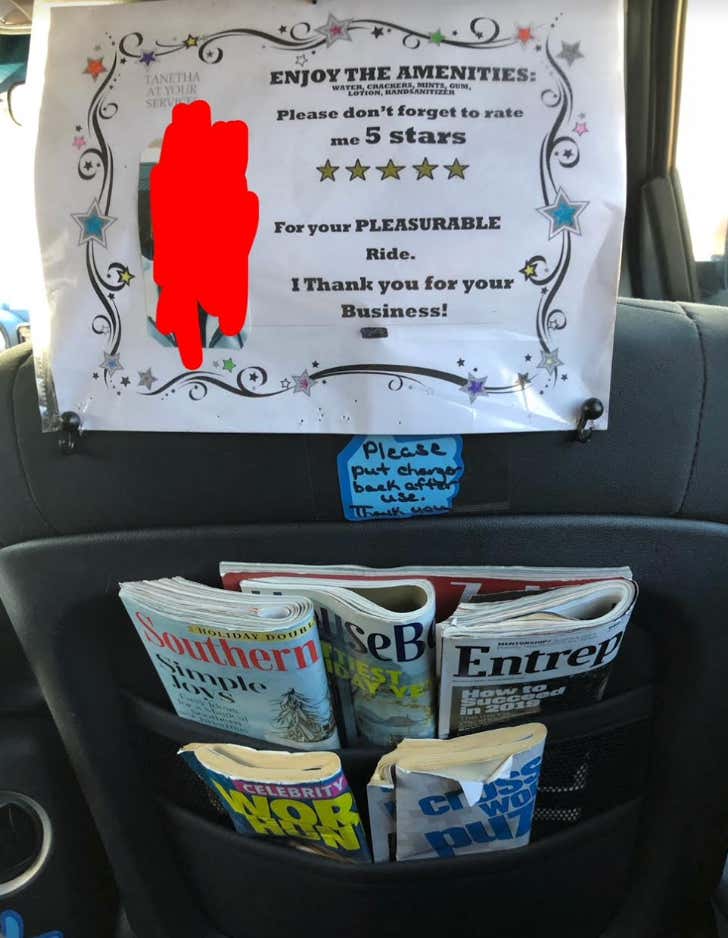 I hate those signs. Don’t put a sign in front of my face that says to rate you 5-stars. Give 5-star service and you’ll get a 5-star rating.

In the middle of the ride, we changed the location from House 1 to The Ivy since we didn’t really need to stop at the house. I clarified, “We’re going for work. Not just going to a bar at 10 AM.” I thought that was important to do. She laughed and said “I ain’t judgin!”

We arrived at The Ivy and saw the news of Bovada releasing odds on who from Barstool will get arrested.

My odds are way overvalued, but it was an honor to be the second biggest favorite I guess. Kayce wrote a blog breaking down all the odds and also bullying me as per usual. Classic brother-sister banter. Dave realized that the odds basically mean he has a big chance of actually getting arrested.

It was then Rundown time. KFC was off doing an interview for KFC Radio and nobody else was there, so I got the call-up from mic-holder to host. There was some discussion about my dance moves from the night before. Hubbs wrote a rude but funny blog about it.

Meanwhile on Twitter, some very concerned citizen wanted to make sure I knew how to talk to girls. Very thoughtful of him. It led to Paige Spiranac and I totally hitting it off.

The chemistry is palpable.

Celebrities and athletes continued to rolled the green room. Made eye contact with Melvin Gordon as he walked by me. I gave a super casual and cool, “Hey, how’s it going?” Was pretty sick.

I had to run and get Dave an iced coffee. I went to Panera and they just gave me a cup of ice to fill up at the hot coffee jugs. I knew that wouldn’t cut it for Dave. Ice cubes mixed with hot coffee was just going to make lukewarm coffee. So I pulled a smart audible. I dumped the ice cubes and just made it a hot coffee. That’s thinking on your feet.

Later in the afternoon, we realized some random guy just snuck in the green room and sat down. Nobody said anything at first because he was just acting so natural. It was honestly really impressive. It reminded me of the move I used to pull in Capture The Flag. I’d go all the way to edge, slyly cross sides, and just act like I was a member of the other team so I could easily pick up a cone. I was fucking great at that game.

There were a ton of guests on Barstool Radio so I had time to do a Casting Couch with Rone and Waka Flocka. Rone told me the weirder, the better so that’s what I aimed for. And I did mean it when I told him that I loved him. Plus, I think he’s actually going to use my rap lyric. That’d be huge. “Damn I might have to use those bars” is a real thing Waka Flocka said to me. What a world.

Back to radio for Kirk Minihane’s send off. I found out he also went to Fordham so we bonded over that. Overall, I think my Tuesday prediction came true. He started off a little off-put by me but came around to liking me. I think. I hope.

Sometime between Radio and the RnR weigh-in, I lost my phone charger. Really disappointing. Losing a phone charger is one of life’s greatest inconveniences.

The weigh-in got me pumped for RnR tomorrow. You can buy it HERE. Chef really cannot lose to the Twitter hack. He’s already 0-1 in RnR and has an 8-inch height advantage. Lot on the line for him.

Then there’s Matt Brown vs. Marty Mush which I’m most excited for. I know both guys very well and think it’ll be an entertaining fight. I know we say this for every fight, but they really don’t like each other and both have a lot to lose.

Headed back to House 1 and ate some Chinese food. But my cold has somehow returned with a vengeance and everyone was disgusted by me so I left for House 2. I hit my head on the Uber’s trunk as I was putting a bag in there. Hurt a lot.

I got back to House 2 to finish writing this blog and now I’m off to bed. Excited for a big day tomorrow with Rough N’ Rowdy capping it off tomorrow night. It’ll be my last full day in the A-T-L. It’s been lovely so far, and I’ll miss it.