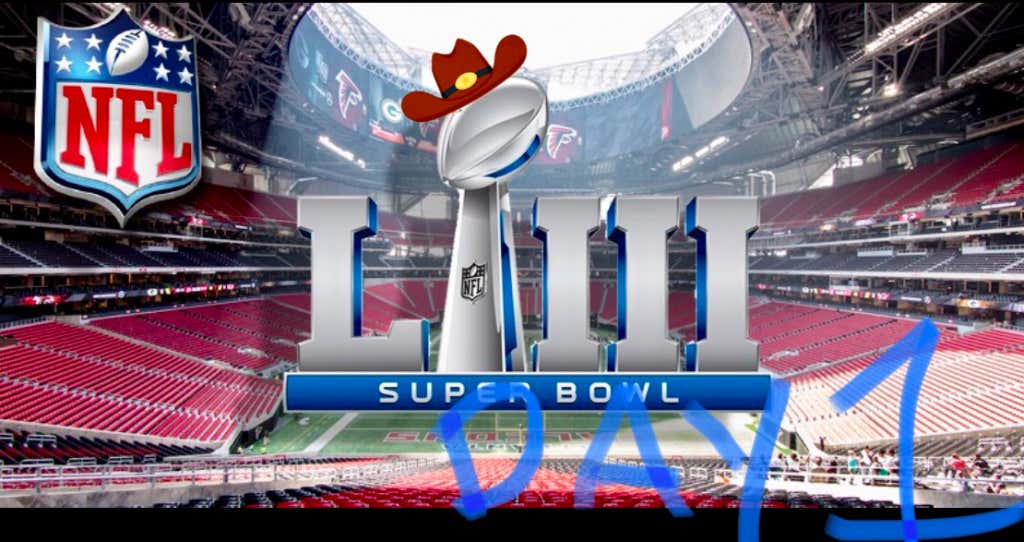 As this is my first Atlanta Super Bowl as a non-player/coach/executive/numbers runner for the NFL, I thought it would be nice to chronicle the memorable parts of my week, day by day, for dozens to read at their leisure. There will be game analysis any and everywhere this week, so I’d like to share the non-football tidbits you can’t get anywhere else. Without further ado:

– My Lyft driver on the way to The Ivy was very talkative.”Talkative” meaning more than saying “Hello” and “We are here. Get out of my vehicle”. 0/5 stars.

– I arrive at The Ivy to find it brimming with patrons. The kind of patrons that show up to a bar Monday at 11:30 in the morning are exactly the type of patrons I like to be around. I am home.

-Live radio is a bit tricky. Numerous people show up to drink and watch you say words. They are the only ones that can see you saying these words, as it is radio. When you’re on stage, if you look up people are looking right past you and into your soul and waiting for you to say more words, preferably funny ones. On the flipside, if you look up and everybody is on their phone, things are probably not going well.

-I found myself at dinner with Adam “Rone” Ferrone, Ben “Buddha Ben” Fredette and Caleb “Caleb” Pressley. Five different animals were consumed over the course of our meal. Buddha and the waiter almost got into a fistfight over the house salad. A good time was had by all.

-My driver on the way back told me RJ Barrett was a better NBA prospect than Zion Williamson. Leaping out of a moving car doesn’t hurt nearly as much as I thought it would.

Postscript: Snake Bahrawy will be addressed in tomorrow’s log. Trust.