I was never a big fan of Airpods. I thought they were kind of tacky, but that’s probably because airpods are one of those things that quickly became a meme. After seeing tweet after tweet calling me a poor for not having them and even a slime video full of airpods, I’m gonna be real, I was pretty turned off.

However, today I was minding my own business on the W train on the way to work, and I saw an impeccably well-dressed man wearing Airpods. I was into work 2 hours early today (not a big deal, just carrying the team on my back while the rest of the office is out having fun at the Super Bowl) so this was not my usual commute, and I usually don’t get to see the nicely dressed young men heading to work because they’re already at work by the time I’m on the train.

But today, I got to see several dudes dressed in those god damn coats, you know the ones? The like, pea coat things? The wool ones? Like this: 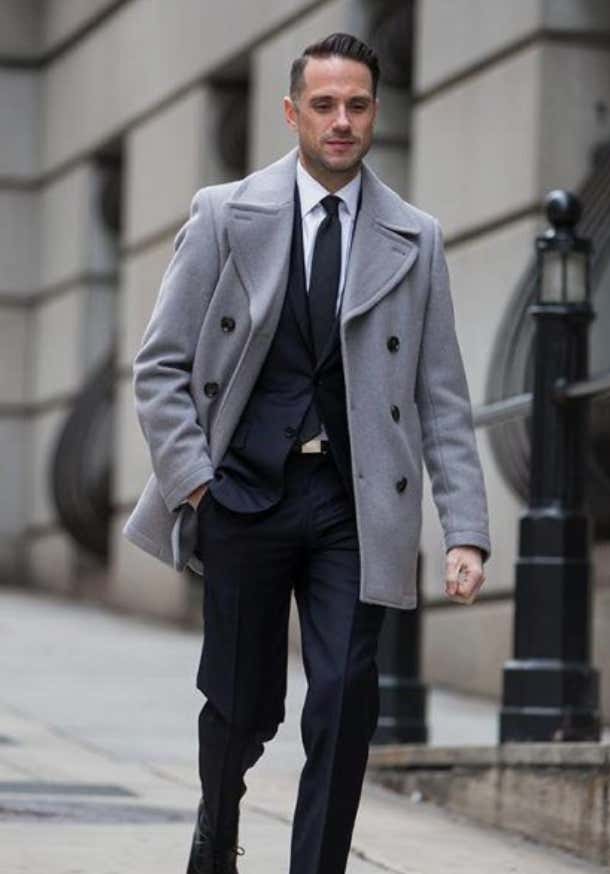 Anways, one of these guys had airpods in. And you know what? It worked for him. Like, it really worked for him. Maybe it’s because I’m a gold digger and I think anyone who’s got money to throw away on glorified earplugs is going to be able to provide for me? I still wouldn’t buy them for myself, but like…I get it now.

It’s like owning a pair of expensive sunglasses. If that’s for you, then great, get that clout baby, but if not, that’s fine too. Personally, I won’t spend more than 8 dollars on sunglasses, because I know I’m not responsible enough for that shit. I 100% will lose them, break them, or ruin them in some other unknown way. It’s the same for headphones. I am using a pair of $8 plastic earbuds I bought at the airport, and that’s just fine with me