If there’s a sheet of ice, hockey will be played. That’s simply the law in Canada. I mean what are these people supposed to do? Just sit in their car staying warm while waiting for the pileup to clear so they can get on the road again? Hell no. The ground is covered in ice and they’ve got a few pucks and twigs in the back of the car. It’s time to sauce around. Obviously it sucks that there was some sort of accident a little ways up the road but as long as everybody ended up being alright, they really did everybody a solid here by giving them more time to work on snappin’ off some tape-to-tape outlet passes.

I just feel a little bad for buddy in the back of the video. 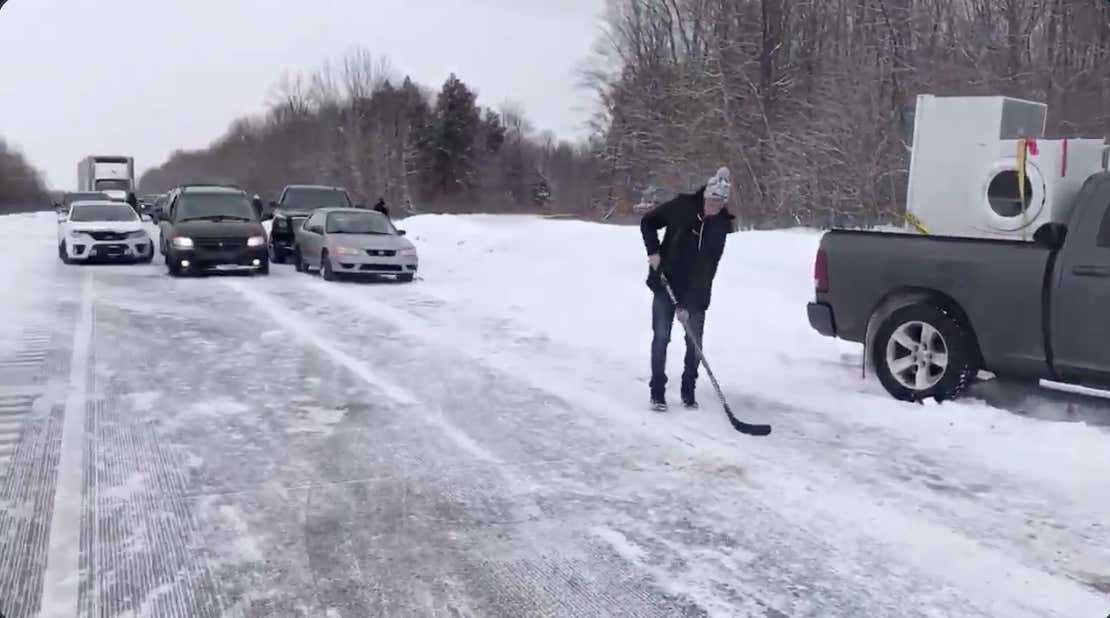 Looking like Dougie Hamilton back there. No friends in the locker room, eh? Gotta just stickhandle on your own like a loser? It’s just painful to watch.

Either way I just wish this video ended with a little road rage. Which, in Canada, is just a hockey fight in the middle of the highway. Do massive pileups need enforcers? You tell me.