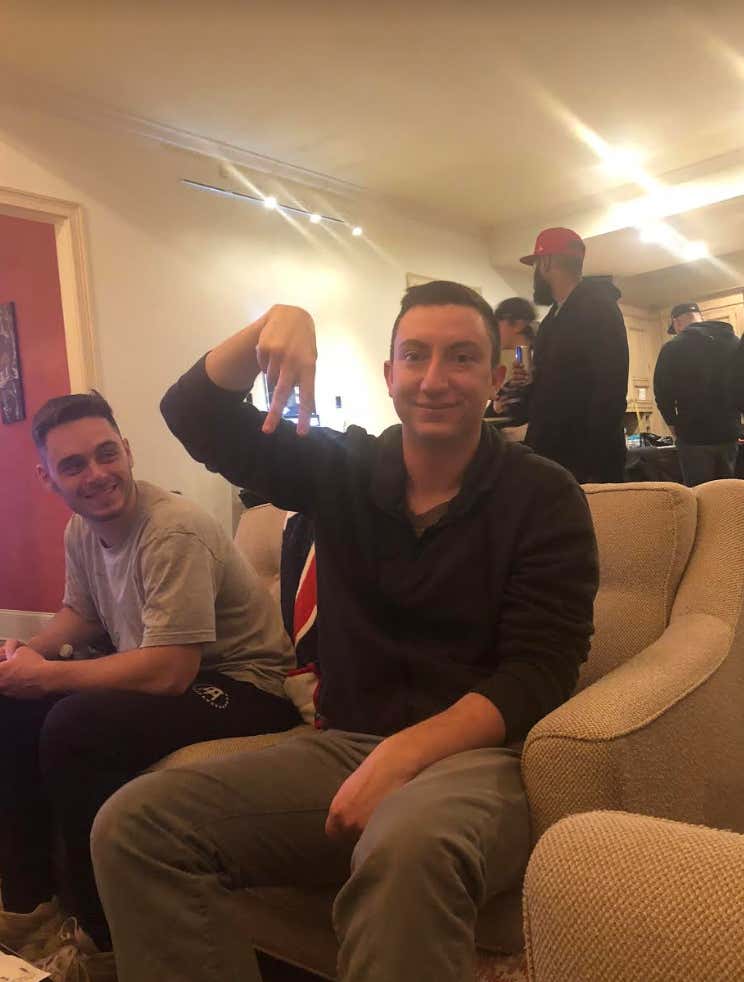 I have arrived in Atlanta, Georgia. Rappers call it “The A-T-L.” I’m writing this in the living room of the main content house. I’m chilling with the guys—it’s great! While I am having a pleasant time so far, I must admit it’s been a rather tiresome day.

My alarm woke me at 6:49 AM Eastern Standard Time. After lazily lying around for 14 minutes, I got out of bed to finish packing. All that was left were my medications. I take some of them in the morning—Zyrtec, acid reflux pill, two gummy multivitamins, two shots of nasal spray in each nostril, acne face cream—the normal morning routine for a 22-year-old male. So I couldn’t pack my medication bag until taking them. I finished packing and called for my Uber.

After arriving at the airport, I pulled my usual routine when going through security. I get stopped because I wear a gold chain and it appears on the X-Ray machine. I always do the same thing. I lift the chain out of my shirt, show it to them, say “Ah yeah, I forget my chain always triggers it” and chuckle to show that I’m not a threat.

I always believe in arriving extra early for flights; it’s just my nature. But even I will admit that I may have left a bit early. I was through security by 8:02 AM. My flight wasn’t until 9:59 AM. “No worries, Tommy boy”, I gleefully muttered to myself. I settled in at a nice little joint for breakfast. It was a communal bar-type area mixed with a charging station. Here’s a visual of what it sort of looked like. 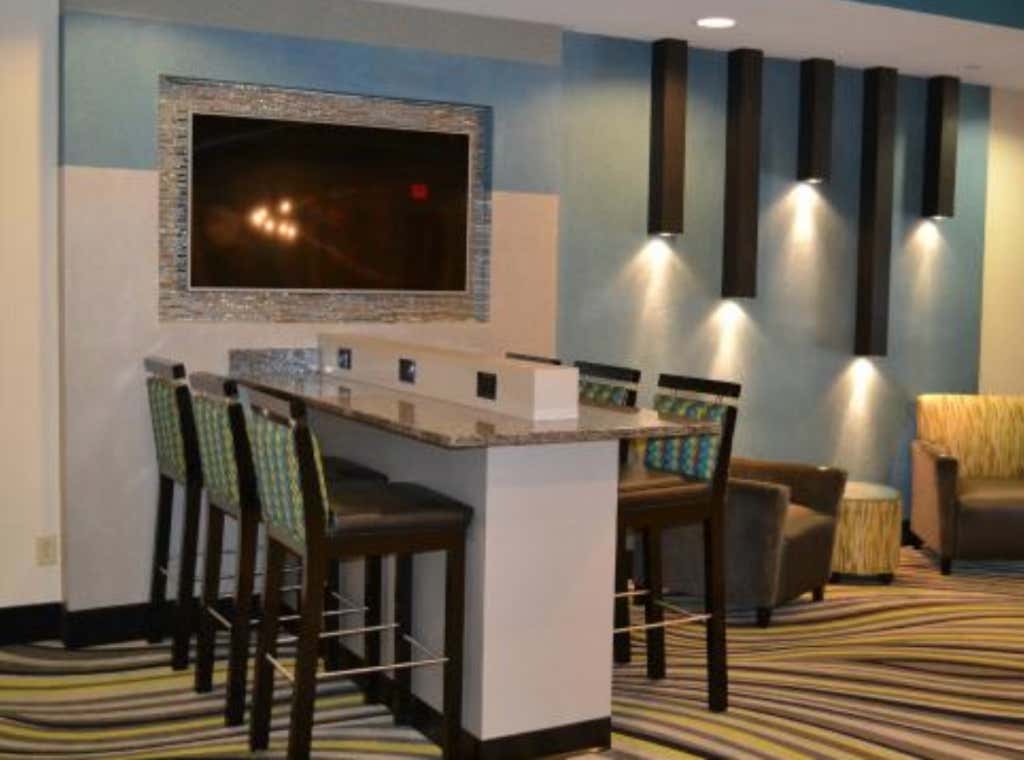 The one in the restaurant was a bit longer though.

A lot of the seats were filled, so I had the choice of sitting right next to someone or right across from someone. I ultimately decided that across was the more socially acceptable option. Upon further review however, maybe that was the wrong choice as me and the man across from me had to awkwardly avoid eye contact for the entire meal. We did share a nice moment at one point though. After the waiter gave me my coffee, I reached for the sugar which was more on his side of the table. He pushed it towards me and asked if I needed any creamer. I didn’t because they had given me my own, but thanked him for the offer. It was beautiful.

The iPad in front of me was self-serve so I could place my own order. It was great because it meant I could avoid human interaction with a waiter/waitress. On the other hand though, it was a sad reminder that even something as timeless as waiters are not above being replaced by computers. Symbolic of where our country is headed, I’m afraid.

I then took a shit. Two cups of coffee went right through me! I didn’t want either of my bags or coat to touch the dirty bathroom floor, so I hung them by the hooks in the stall. Most primitive savages would have just rested them on the floor to collect bacteria and other nasty germs. I am better than those people.

The flight itself was alright. I had an aisle and took full advantage of it with four trips to the bathroom. At first, I was self-conscious about what the older lady to my left was thinking as I made so many trips. Did she think I was a drug addict who was going to snort cocaine? But at the end of the day, she’s just some random old bag, so who really gives a shit what she thinks?

The end of the flight was rough. I’m still a bit congested, which is tough for the cabin pressure. I had pain in my ears, and also felt a sharp pain across my forehead and cheeks. It’s happened before on flights and is extremely painful.

Frankie, YP, and I headed over to Hertz to pick up a rental car – or so we thought. There was problems with it, so we had to Uber. There was no Uber pick-up station at the rental car place, which makes sense. So we got picked up on basically the side of a highway like road. Dangerous!

We arrived at House #1 – the main, mansion type house for most of the content people.

Due to the large number of occupants, I was bumped to House #2 which is further away from where we do radio. At first, I was upset that I wouldn’t get to bro-down and make lifelong memories with my co-workers, nay, not co-workers—friends : )

But after arriving at House #2, I realized I have my own bedroom and bathroom. It’s a really nice house overall, despite being in what appears to be a rather seedy neighborhood. Before bed each night, I will walk around the perimeters and make sure all our doors and other entrances are locked. Otherwise, I can’t complain. It’s just an honor to be able to make the trip, and being in this house gives me an opportunity to make content that others can’t! Positive vibes only. Plus, the basement in House #1 looks like a refugee camp so fuck that.

After checking in at House #2, I returned to House #1 to bro down with the guys. The RV gang had arrived too. We did typical guy stuff like watching football and farting. More people began to file into the house. I noticed a disturbing trend. People kept walking outside from the living room and leaving the door open behind them, as if we were in a barn! It’s cold outside so it led to quite a draft in the living room and I got chilly. Have a little fucking common courtesy, people.

For supper, we had some Italian food ordered in, while YP grilled some burger and steaks.

Nightfall struck. We decided to watch The Royal Rumble and do a raffle. $40 a head for 15 people. You got 2 male entries and 2 female entries.

After about 20 minutes of watching, we realized we were actually watching last year’s event.

The women’s rumble was first. When my girl got eliminated, I made a funny joke and said “Ah damn! This must be rigged!” Nobody reacted.

Devlin won the women’s rumble. Everyone was happy for him. It came down him and Big Cat, and everyone realized Devlin needs the money more than Rich Cat.

As night went on, people began to get cranky and turn on each other.

People weren’t even laughing at my very funny jokes. For example, Feitelberg and Kate were seated next to each other and I blurted out “Hey John and Kate, where’s your plus 8?!?” It fell flat.

The men’s royal rumble wrapped up and Feits beat YP for the $300 pot.

That was my cue to return to House 2, where I am now nestled into bed. There is no outlet next to my bed to charge my phone, which would be a major inconvenience for the ordinary man. I am no ordinary man.

Across the room, there’s an outlet against the wall. I used that for my laptop charger and extended the long cord to my bed, plugged in my laptop, and then plugged my USB cord into my laptop. So I can have my phone on the nightstand. Genius. 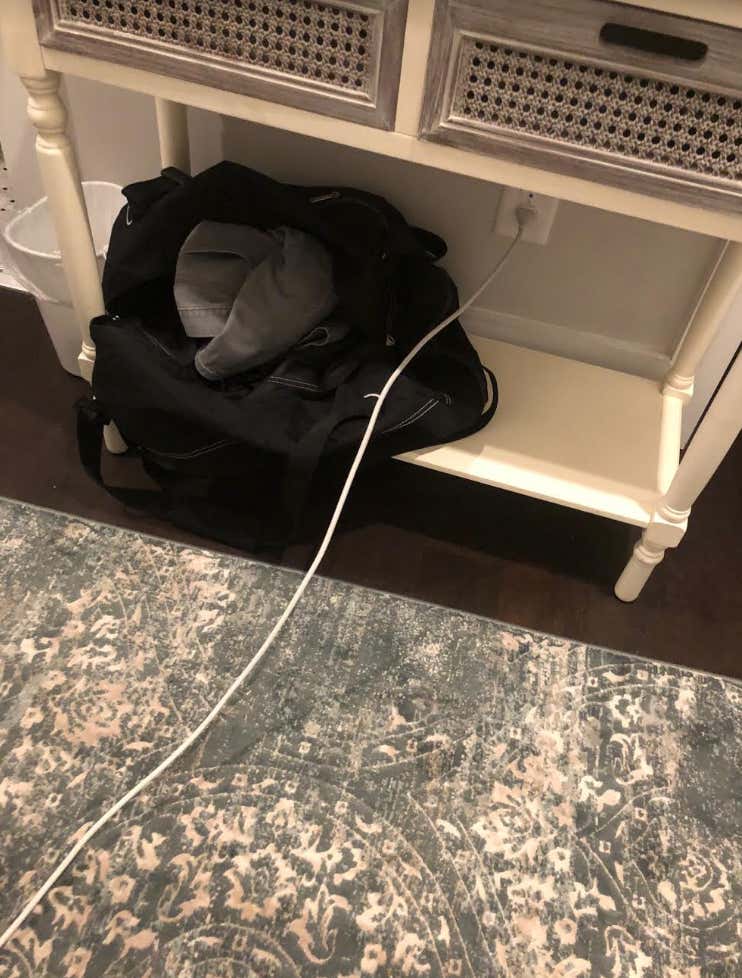 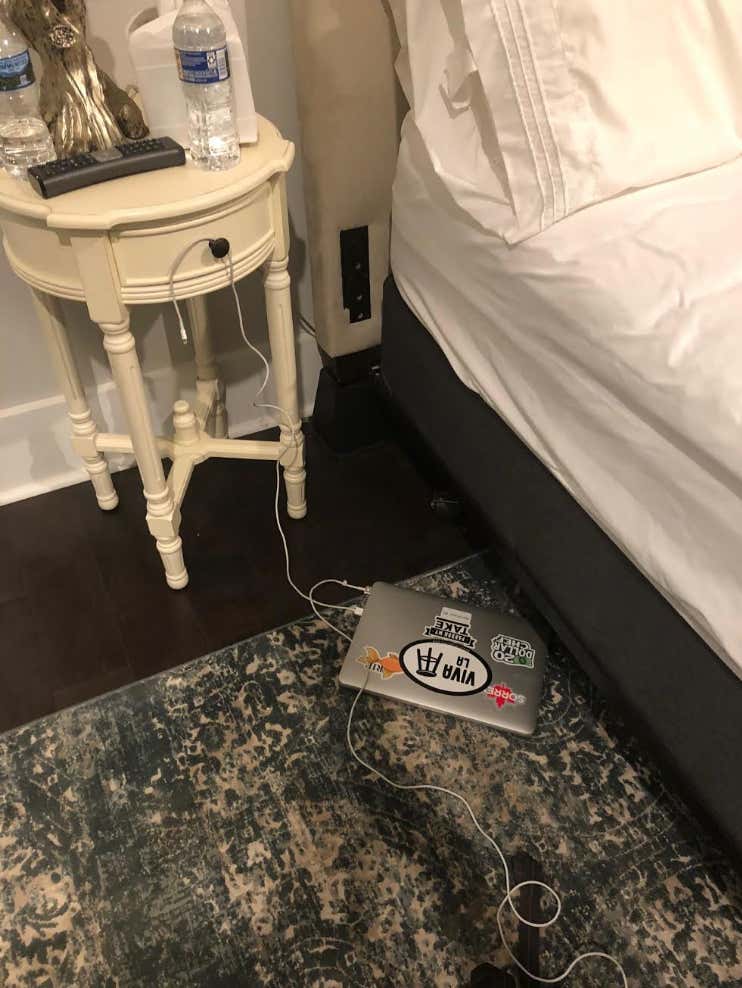 And that’s a wrap for Day 1 in Atlanta. I’ll talk to you tomorrow, Diary. Love you.