The Game isn’t messing around when it comes to his new material. In a new a clip from an upcoming song, the rapper gets graphic about a certain reality star. “I held Kim Kardashian by her throat, n***a,” he raps in a video of him showing off the unreleased music. “I made her swallow my kids until she choke, n***a / I should apologize cause ‘Ye is my folks, n***a.” Needless to say, Kanye West will not be pleased with The Game’s lurid lyrics. The Game has previously claimed that he’s slept with Yeezy’s wife numerous times, but this is the first time that he’s saying it so explicitly on record.

Live look at the whole entire world listening to those lyrics

Good lord! Everybody in the listening session played it cool but they had to be SCREAMING inside. I have a prediction and the prediction is that Kanye Omari West is not going to like those lyrics. He’s not going to like those lyrics one bit! If Kanye had a problem with Drake following his wife on instagram then I’ll be curious to see his reaction to The Game saying his wife swallowed his cum on a record. The Game matters a whole lot less in 2019 than Drake does but Kanye is still gonna be pissed. Kanye ranted and raved under a bunch of train tracks in Chicago when Tyson Beckford talked about having sex with Kim. There will be tweets or there will be rants or there will be tweet rants.

The Game shouldn’t have apologized (even though it made the rhyme work) because him and Kanye are no longer friends. It’s over. I don’t have to get Kanye’s side of the story to know that. One man can’t say those things about another man’s wife and then have it be cool afterwards. Pretty sure that’s a real law and everything.

#NeverForget that The Game has a massive dick. Just massive. 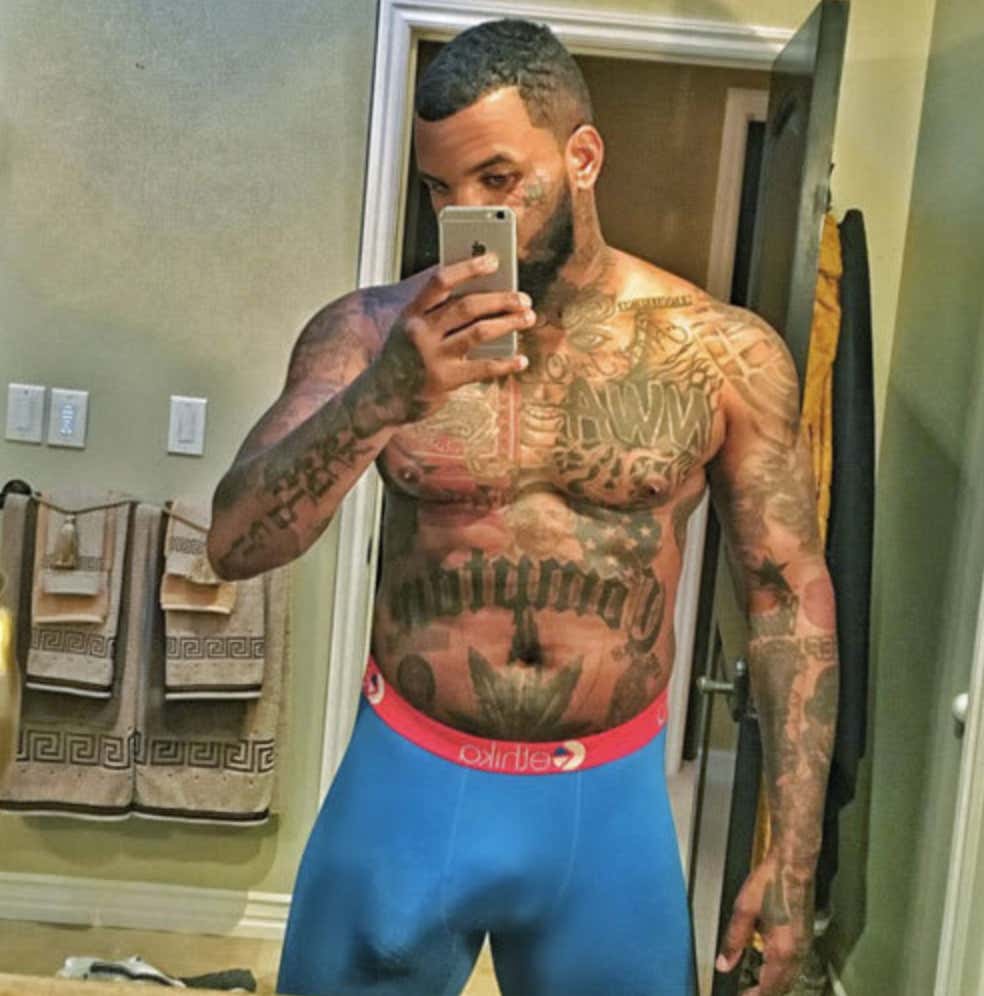 The guy who is attached to a dick like that is the last guy I would wanted talking about how he fucked my wife. That thing is a certified weapon. It should be noted that The Game (along with everybody else) loves to try to stir up controversy before an album drops. He keep the G-Unit beef ball in the air foreverrrrrrr to keep his name in the news and guess what! His new album is coming soon! Wow! I can’t believe it.

Another #NeverForget, this song is very very good