PETA has caused outrage in Australia after barbecuing a fake dog at a protest in Sydney this morning, to stop people from eating meat this Australia Day.

The activists set up the barbecue on Pit Street Mall, in Sydney, and appeared to cook a heavily charred “dog”.

A slogan on the barbecue read: “If you wouldn’t eat a dog, why eat a lamb? Go vegan”.

A spokesperson for PETA told Yahoo7 News that the protest was meant to be confronting.

“When it comes to the capacity to suffer and feel pain and fear, a dog is no different from a lamb, a pig, a chicken, or a cow,” PETA spokeswoman Emily Rice said.

The comparison did not go down well with those who saw it, and children were reportedly “visibly upset” by the sigh of the charred fake dog.

“PETA is urging anyone who’s repulsed by the prospect of chowing down on dog meat to extend that compassion to all other animals and go vegan.”

Hot dog! Get your hot dog! Okay that was uncalled for. I can’t even joke about this. This is disgusting, horrific, repugnant, and just flat out ruff. And the visual (don’t look if you don’t want to see a BBQ dog) is even worse.

PETA sucks. There’s no way around it. Their use of deliberately offensive and provocative tactics take away from their agenda, which actually isn’t that bad of a platform to stand on if you look at their overarching goal. They want to protect animals. Okay, great. I love animals, too. And there are tons of great agencies that promote the same sort of reasoning. But PETA’s far-fetched schemes like barbecuing a dog in the middle of a street mall are so outlandish that their efforts have become comical. Their over-the-top approach has ruined the days of many kids and families by making them see gruesome sights, and it’s even ruined great American events like the Nathan’s Hot Dog Eating Contest! Big Cat would’ve eaten 80 had they not doused him in fake blood!!!

Disgusting. Why do they have to over-do everything? The public hates them and their platform because of their all-or-nothing overblown antics. Instead, they should be trying to make small steps rather than big splashes. Because quite honestly, while I do at least see their point when they talk about killing animals for fur jackets and using rabbits for cosmetics testing, I just can’t get behind the idea that animals are the same when it comes to eating meat.

WRONG! This country has come a long way in the last 100 years in terms of treating all people more equally, but I really hope animals aren’t next in line. I’ll go ahead and say it: I don’t think people should eat dogs. But I love steak, chicken wings, pork, and especially bacon. Who doesn’t love bacon? 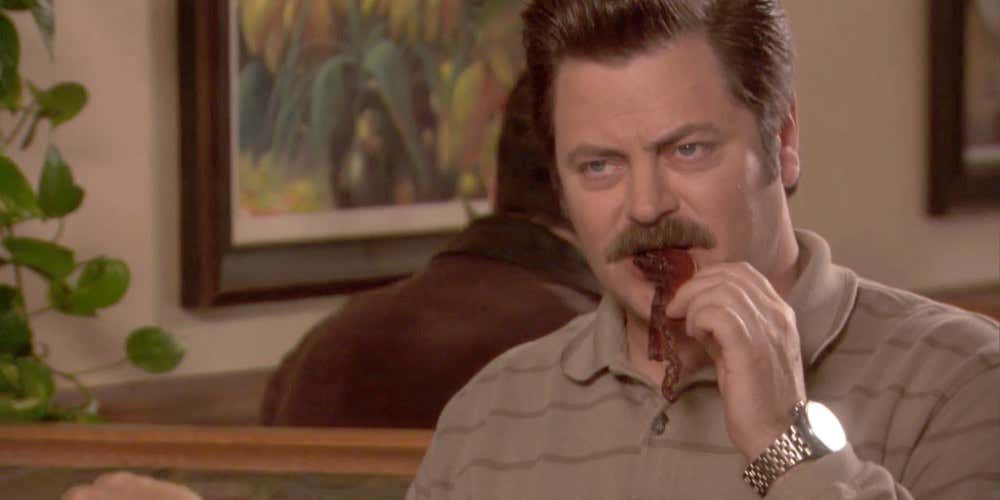 And who doesn’t like dogs????? Wtf, PETA. What a terrible choice if you’re looking to change the perspective of the public. 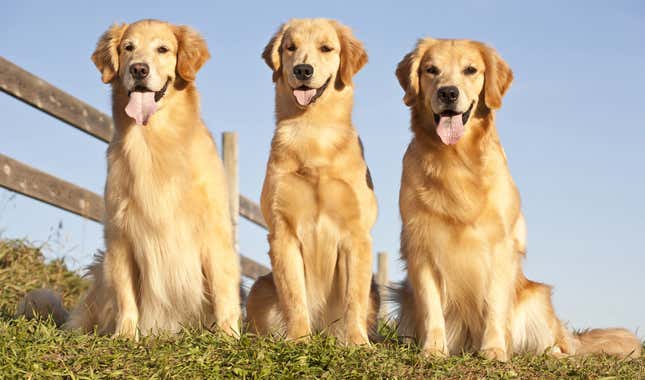 Those are some good looking boys right there. PETA should’ve chosen a cat to cook instead. They would’ve gotten at least a little bit more support. And Michael Rappaport probably would’ve volunteered to be the cook. But you had to choose man’s best friend. So if you’re going to make me choose between supporting bacon or a company that thinks it’s a good idea the barbecue a fake dog in front of kids to make a point, I’m going to side with the bacon every single time. Therefore, I have an official statement on this organization: I am ANTI-PETA.