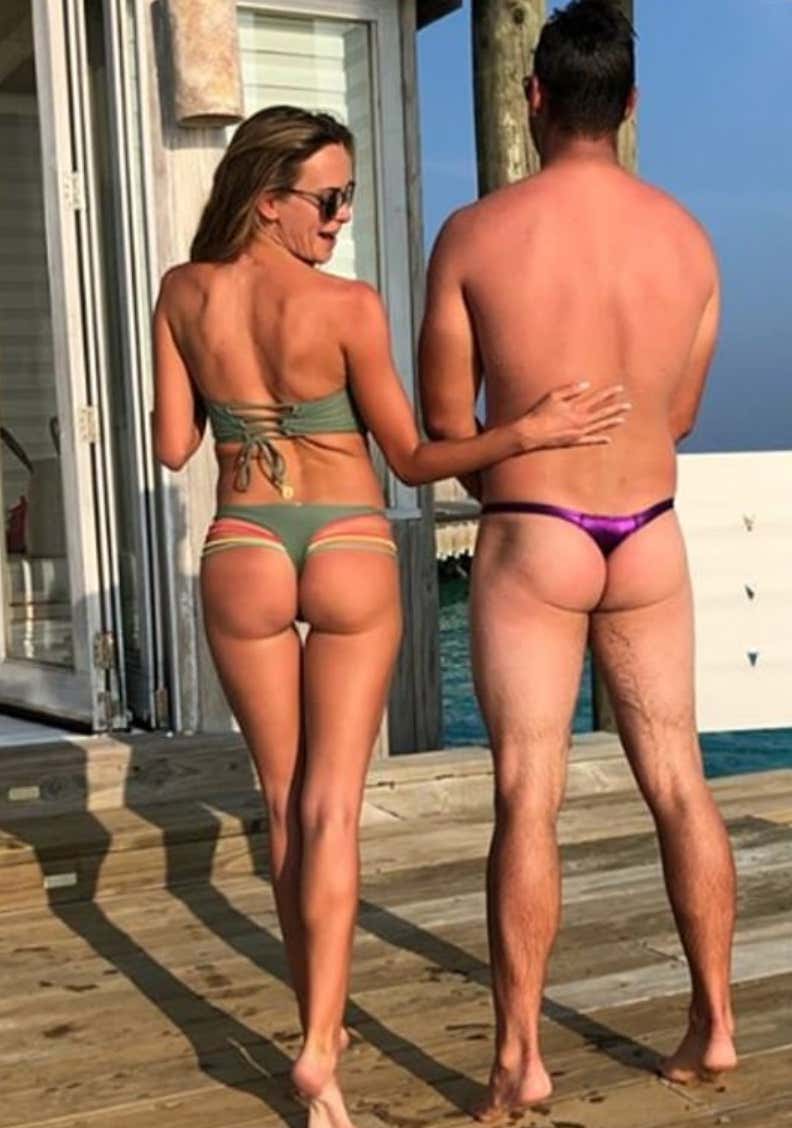 I’ve had a crush on Brooks Koepka and his girlfriend (both of them. Mostly his girlfriend) since he won the PGA Championship this year. However… I don’t really know how to feel about this. People talk a lot about baseball butts and even hockey butts, but no one’s out here talking a lot about golf butts. Very, VERY, bold of Brooks Koepka to wear a thong speedo and bolder of Jena Sims (his adorable girlfriend) to post the photo of him wearing it.

You know Brooks is deeep in it if he’s posing for pictures like this and wearing tiny thongs for his girlfriend. And why shouldn’t he be! Jena Sims is a gorgeous model. And since I know I’ll get shit if I just say “you can go look at her Instagram”, here are a bunch of pictures of her butt:

I’ve heard it said that Brooks has won more since he started dating Jena than he did his entire career up to that point (June 2017). He’s gotten two US Open titles and won the PGA Championship. All I’m saying is, a good enough woman will change your life, your career, and your bank account, so if your model girlfriend wants you to wear a tiny thong, you’ll do it. Now that’s pussy power.